[Art Bengaluru Festival 2019] How Bengaluru is a hub for IT, startups, traffic – and art 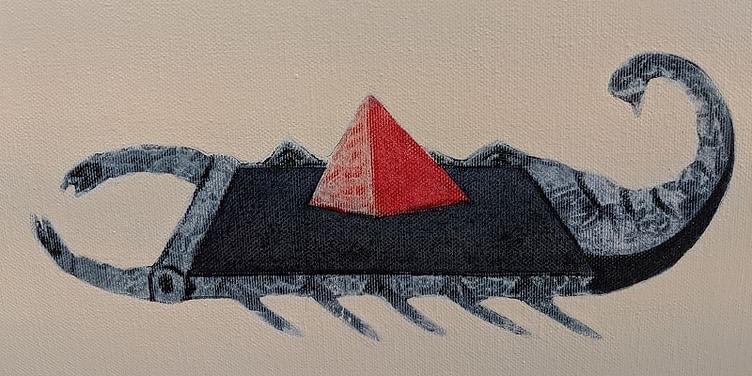 In Part IV of our photo essay on the ninth edition of this festival, we feature more creative works along with insights from the founder and curator.

With 200 artworks by 21 artists from India and overseas, the ninth edition of the Art Bengaluru festival helps put the tech city on the art circuit as well. Bengaluru is renowned as a hub of IT, BPO, R&D, and startup activities (with unfortunate side effects like being called ‘Silicon Traffic Jam’) – and the creative community is ramping up the city’s art quotients as well.

“Art in India still sorely lacks the awareness, appreciation and support that it receives internationally,” explains Uzma Irfan, Founder of the annual Art Bengaluru Festival, in a chat with YourStory (see Part I, Part II and Part III of our coverage). She is also the founder of Sublime Galleria and director, Prestige Group.

“Inconsistent governmental support and a lack of pro-art public policy, a dearth of quality galleries, museums and public art spaces, and only a handful of accessible art education institutions create a dynamic where art is largely misunderstood or ignored by the public,” she explains. Though there have been some positive developments over the past decade, there is still a long way to go for India in terms of meaningfully bringing art to the masses and creating a society that is aware of, and takes pride in, the art and artists of the country.

“Launched in March 2010, Art Bengaluru’s aim has always been to aid in the Bangalorean front of that fight by bringing a selection of works from a diverse set of artists to UB City, a large public space in the heart of the city,” Uzma says. The festival brings a much-needed injection of art to the city, with enriching emotion, insight, perspective and reflection.

Over the years, more than 200 international and national artists have showcased close to 2,000 artworks. “Platforms like Art Bengaluru are accessible and inviting to the mainstream, the vast majority of whom would find a traditional art space intimidating and unwelcoming,” Uzma observes. She advises aspiring artists to obsessively create work and to visit as many shows as possible.

Instead of an overarching theme which can be constraining, there are smaller exhibit areas that have their own themes, explains Abhishek Naidu, Curator, Art Bengaluru 2019. For example Harshit Agrawal employs artificial intelligence and machine learning in his practice, and Venugopala HS uses classical techniques like watercolour and charcoal.

“The decision to place these two diametrically-opposed exhibits across from each other was a deliberate decision to stimulate discussions about the increasingly significant role technology plays in art creation, and the changing dynamic between human and machine,” Abhishek adds.

For the exhibition, around 150 artist portfolios were reviewed, of which 21 made the cut. The artworks are priced from Rs 17,000 to Rs 22 lakh.

However, artworks are much more than asset valuation or capitalistic goals. “Art, both in its experience and meaning, changes as I change. At a very fundamental level, art is one of my truest loves and represents an endless ocean of story, idea and emotion – much like music and literature,” Abhishek enthuses.

“Success as a curator would be consistently creating art experiences that move the already art-literate observer and convert the art-sceptic,” he explains.

Abhishek urges audiences to approach art with the eyes of a child. “Children encounter works of art with open minded curiosity – devoid of ego and insecurities about whether they can interpret the work on their own or if the person standing next to them already does,” he says.

Art is often unintuitive and requires additional explanation to properly interpret the work and its creator’s intention. “Frequently the artist does not want their work to be immediately understood and desires the observer to draw their own interpretations from the work,” Abhishek explains.

Once viewers overcome these barriers, they can enjoy being wonderfully lost during an encounter with a particularly mysterious work of art, and the subsequent thrill of unravelling its layers. “Or perhaps there were no layers at all and the artist has lovingly provided the observer an opportunity to create his or her own story,” Abhishek signs off.

Now, what have you done today to pause in your busy schedule, and find ways to unleash your curiosity and creativity?

How Bengaluru soaked in music and recycled art at Echoes of Earth, India's first and only 'gree...

Raipur hosts country’s first ever Garbage Festival, pulls off a 4-day fest that celebrated the ...