[Year in Review 2019] From a focus on AI to rise in regional language content, top trends seen in edtech 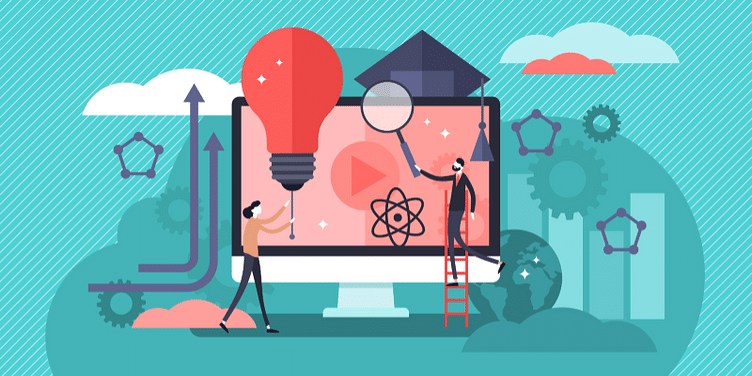 Over the last couple of years, technology has influenced the ways of teaching and learning to a great deal. From online courses to AI, the rise of regional languages, and more, here’s a look at all the things that were buzzing in the edtech sector in 2019.

Education technology (edtech) is becoming a global phenomenon, and as distribution and platforms scale internationally, the market is projected to grow at 11 percent per annum to $341 billion by 2025, according to global education market intelligence firm HolonIQ.

The pace is now being set by Asia – particularly China and India – experiencing the world's fastest growth in investment in the education sector.

"We estimate that the speed of digitisation in education will overtake healthcare, due primarily to the build-up in capability over the past 10 years, and fueled by explosive growth in artificial intelligence with China, the US and India taking the lead on innovation," says, HolonIQ Co-Founder and Managing Director, Maria Spies.

The Indian edtech market is pegged to touch $2 billion by 2021, according to a report by KPMG and Google. At present, India has a user base of close to 10 million on edtech platforms.

As 2019 drew to a close, YourStory caught up with edtech startup StudyPad (creators of Splash Math) CEO and Co-founder Arpit Jain to identify the top trends in the edtech sector during the year. In its first round of institutional funding, StudyPad raised an undisclosed amount from Accel Partners in 2019.

2019 saw a shift in how people perceive online courses. What was once a second option to college has now become a  way for people to gain professional skills and bulk up their resumes.

According to Arpit, “Technology has been in the classroom for quite a long time but it’s been on the periphery. Now, it’s moving to the centre thanks to easy access to the internet. The curriculum itself is changing and how that curriculum reaches students is shifting from focussing on how teachers teach to how learners learn. We are now able to personalise lessons for each individual learner and allow for greater differentiation in the classroom to suit student needs.”

Across the world, more education resources and courses were available in regional languages in 2019. Google Translate, for instance, allows anyone to instantly translate any webpage into over 100 languages and it’s adding more languages every month.

When it comes to education, soon language will not be a barrier. This is especially important to the India market as more Tier II, III and IV users go online (thanks to cheaper internet rates).

AI will continue to be the focus in 2020. It is expected to grow in the education sector and aid teachers in the classroom.

“Things like automated administrative tasks, grading papers, keeping a track of student’s progress will all be outsourced to AI while the teachers are free to teach,” says Arpit.

According to EZ Education (creators of DoodleMaths), the most significant uses of AI in edtech are in content recommendation, AI-powered teaching assistants such as chat-bots performing specific tasks, and accessibility functions such as text to speech and voice recognition.

The popularity of educational videos only increased in 2019. People around the world have typically turned to online videos to learn.

“This is slowly changing as passive videos are giving way to immersive learning,” according to Arpit.

Platforms like Quora and Stack Overflow stayed in focus, allowing communities of learners to thrive in a space where their questions can be answered and they can help other people learn more about what they love.

As far as the funding trend in the sector in India is concerned, investor interest was robust in 2019 with some big cheques being written.

Here is a look at some edtech startups in India that caught the investors’ eyes during the year.

The exam preparation platform received $7 million in Series A funding from Times Internet. This was the second fundraiser for Gradeup in 2019, which has now raised $10 million in total.

Started by Roman, Gaurav, and Hemesh Singh, Unacademy helps educators create lessons on the Educator App, which learners access via the Learning App, and it has more than 10,000 educators and 13 million learners on its platform.

The Bengaluru-based startup raised $42 million in a Series C funding round led by Tiger Global and WestBridge Capital. With this round, the online tutoring platform is expected to be valued at around $100 million.

﻿Vedantu﻿ was launched by Pulkit Jain, Anand Prakash, and Vamsi Krishna in 2014. It has over one million lifetime users on its platform, and recently launched W.A.V.E – a personalised and interactive form for online learning platforms.

Sahil Sheth founded ﻿Lido Learning﻿ in April 2019 to cater to students from classes V to IX, offering year-long coaching classes in mathematics and science, through an integrated online platform that combines content along with tutors from across the country.

The Gurugram startup secured $6 million in Series B funding led by Info Edge (India) and Asha Impact. STL, an existing investor of ﻿Adda247﻿ also participated in the latest round.

Started by Anil Nagar and Saurabh Bansal in 2010, Adda247 is present on both online and offline platforms, with more than 450 coaching centres, over 500 professionals, and about 1,000 teachers across the country.

The Gurugram-based startup raised a funding of Rs 23 crore ($3.3 million) in a round led by Surge, an early-stage startup accelerator programme by Sequoia India, with participation from existing investors, WaterBridge Ventures and Omidyar Network India, and new investor, AET, Japan.

Launched in October 2017 by IIT-Delhi alumni Tanushree Nagori and Aditya Shankar, ﻿Doubtnut﻿ is an instant doubt clearing app that helps students (classes 6 to 12 + IIT-JEE) get answers to math problems in an easy-to-use format – the student takes a picture of the problem and gets a video explaining the solution.

The Bengaluru-based edtech startup raised $5.5 million in its extended Series B funding round led by Manta-Ray Ventures Limited and also saw the participation from existing investors Capital G by Google and Sequoia India.

Founded by Manan Khurma in 2013, the platform is an after-school math excellence programme for children (between KG and class 8) and is offered through home-based centres that are managed and run by trained and certified ﻿CueMath﻿ teachers.