The biggest wins and milestones for Indian startups in 2019 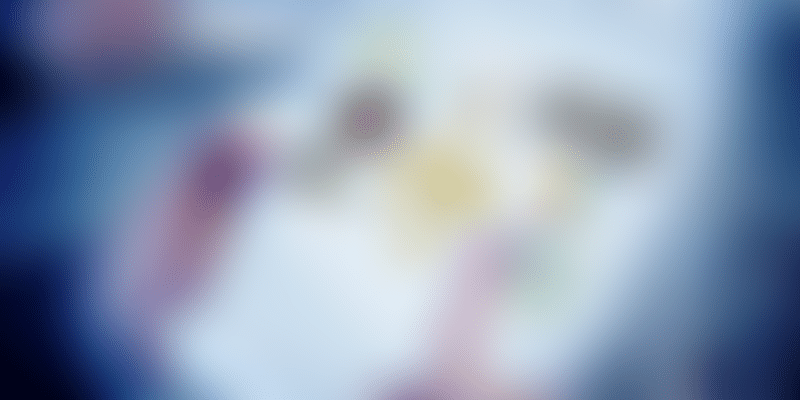 Here’s a month-wise look at some of the people, policies, companies, and events that stood out as big wins for the Indian startup community in 2019.

India has over 50,000 startups, and about 10 percent of them are funded. After the US and China, we’ve definitely got the biggest startup ecosystem in the world.

A country full of young people, a prime minister who is gung-ho about startups, and ambitious engineers whose paths seem to converge in Bengaluru - it’s quite a heady mix. Sure, nothing as big as the $16 billion Flipkart-Walmart deal that happened in 2019, but overall it’s been a decent year.

Here are some of the people, policies, companies, and events that stood out to me as wins for the Indian startup community.

With 70 million Indian shopkeepers protesting against the predatory pricing of Amazon and Flipkart this month, it’s difficult to recall that the government did its bit in January this year. A new policy was issued, which barred marketplaces with FDI from retailing products from companies in which they had equity. Otherwise, it’s too easy to push the small guy out. Just look at the data to see which products are doing well and sell them yourself!

I love discounts as much as the next person, but India is a country of small businesses and they must be heard. We already have a duopoly in the ecommerce space. Without the pressure of these small groups, Amazon and Flipkart would become too powerful.

I started reading about Ankiti Bose and her fashion startup Zilingo when her firm was just about to reach $1 billion in revenues in early 2019. For a 27-year-old Indian woman to have this kind of success is incredible. And now, even at the end of the year - she continues to make headlines. Her work in the areas of sustainability, achieving scale, and forging new partnerships is incredible. The firm is based in Singapore, but India is a target market for the brand and the Indian founder is definitely an inspiration.

Oyo announced a Rs 1,400 crore commitment to the South Asia and India markets in March. This was only the first of the many audacious steps that Oyo Founder Ritesh Agarwal would take in 2019. We didn’t know then that he would soon be buying shares worth $1.5 billion from his early-stage investors like Sequoia and Lightspeed. No Indian founder has done anything like this before. The faith that Softbank’s Masayoshi Son shows in Agarwal is astonishing and scary. Softbank has had a rough year and we hope that the bet on Oyo pays off. Ritesh is the poster boy for ambitious Indian startups and it’d be a huge blow if Oyo didn’t achieve what it has set out to do.

APRIL: The Surge of Investments

When Rajan Anandan, who headed the Google India office for eight years, moved to Sequoia, the Indian startup community was thrilled. Under Anandan, Surge (Sequoia’s 16-week programme where startups receive $1-2 million in capital from the VC firm along with other support) has launched two cohorts and funded about 40 firms.

This has been apparent for a while but a NetApp and Zinnov report made it clearer. When I talk to angel investors and VCs, especially the ones based in Pune and Chennai, they all seem to have faith in tech-focused B2B startups. These are less glamorous, but more likely to succeed. The presence of B2B-focused VCs is high and for the businesses focused on deep tech and AI, success is almost guaranteed. My personal favourites are Mumbai-based Qure.ai and Arya.ai.

When Bellatrix Aerospace (Bengaluru), which aims to propel satellites into space using electric thrusters, raised $3 million from a group of investors, I was thrilled. Then as I read more, I realised they’ve got a customer in ISRO! Wow! And then, it came to my notice that Deepika Padukone was one of their investors. What’s heartening is that over a dozen of such startups are operating in India now.

This is tangential: So, if the average movie goer pays Rs 300+ on a weekend to watch DP on the big screen and the movie does well, her acting fee remains high or increases for future projects. And then as her personal wealth increases, she chooses to invest in a bunch of startups. Epigamia (Drum Foods) is one and then there’s also Bellatrix. So in a roundabout manner, your thirst for entertainment could be giving the likes of Bellatrix the capital to make some serious moves in space!

For a long time, Indian startups were criticised for being copies of successful companies in the US. Flipkart copied Amazon, Ola copied Uber, Swiggy was probably inspired by Postmates. Most of our startups were in the ecommerce, aggregation, or resource optimisation business. And while that may be true, it doesn’t discount the fact that there was a need for these services. There was plenty of innovation involved in making these models work in the Indian context. Also, there are umpteen startups in the health, agriculture, and AI space that unfortunately don’t get as much limelight as the heavily-funded ones.

When the Global Innovation Index ranked India number 52, it was a validation of our efforts. We’ve consistently moved up and have come a long way from being ranked 81 in 2015.

Okay, this was a big win! The anger about the government’s move on tax angel investments obviously hadn’t gone down well with Indian startups. All year, the subject has been debated since 2012 and is safe to say that the move did leave a lot of firms no option but to register their firms in tax-friendly nations. The tax was 30 percent and in August, the government exempted DPIIT startups from it. My estimate is that 50 percent of India’s startups aren’t registered with DPIIT, so that’s something we’ve got to fix.

Policies, ideas, ambitious entrepreneurs - that’s what makes our startup space exciting. But until we become completely self-sufficient when it comes to capital, our validation comes from VC funding (especially from the big global names). An EY report said that from January-August 2019, we’d already raised over $36 billion in PE-VC investments. This was already higher than last year’s investments for the same period, making it the largest amount of money raised by Indian startups cumulatively.

Twenty-one unicorns, lakhs of jobs created, and high disruption in agri-tech. This is the best time to be an entrepreneur in India, never mind if we’re number 63 in the World Bank’s ease of business ranking. Sure, things can get better, but I’m not surprised that many professionals with high income jobs in Europe are moving back to start up.

WhatsApp announced investment of $250,000 into the Indian startup community. The company has over 10 lakh businesses in India that use the WhatsApp for Business platform to connect with customers. Now, 500 of these firms will get $500 as FB ad credits, which will help them reach more potential customers via the platform. We have our problems with the platform with regard to fake news and data privacy, but this is a good move. It has been possible because of the WhatsApp partnership with Startup India. The benefits of this initiative are only available to DPIIT-registered companies.

DPIIT wants to increase the Rs 10,000 crore corpus of FFS and T-Hub has launched a programme to guide Indian startups in accessing foreign markets. While, DPIIT’s move is at the moment only an announcement of intent, it’s a pretty big deal. As for T-Hub’s programme, I can’t wait to see Indian firms shine globally.