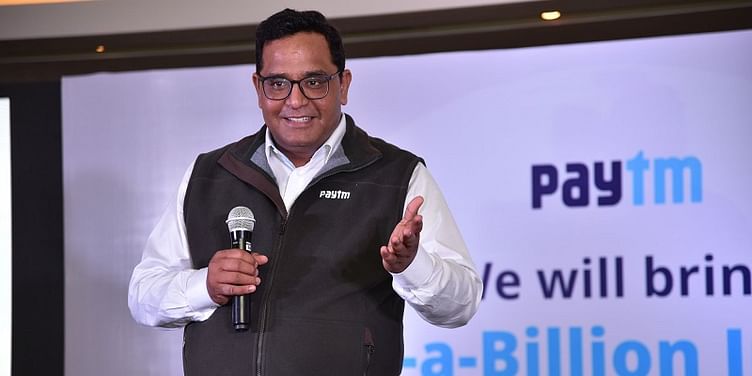 Paytm will also put this ‘All-in-One' Paytm QR on various utility items such as calculators, power banks, clocks, pen stands, and radios, which merchants can use in their shop for daily requirements.

Indian payments major ﻿Paytm﻿ (owned by One97 Communications Limited) on Wednesday announced the launch of ‘All-in-One’ QR for merchants, which will enable them to accept unlimited payments through Paytm Wallet, RuPay cards and all UPI based payment apps, directly into their bank account at zero-percent fee.

In addition, the platform also announced offering instant reconciliation of all payments through its 'Paytm for Business' app.

Paytm will also put this ‘All-in-One' Paytm QR on various utility items such as calculators, power banks, clocks, pen stands, and radios, which merchants can use in their shop for daily requirements.

The company unveiled these personalised QR codes with merchants' names, logos, and pictures to strengthen their association with digital payments. These merchandise QR codes can be ordered from the merchandise store on the 'Paytm for Business' app with doorstep delivery.

According to Paytm, the sound box is one of the most popular QR merchandises that merchants love as it allows them to hear confirmation of payment receipt.

Paytm also offers a dynamic QR for merchants where QR code specific to a single order can be generated which merchants can integrate into any PoS system.

“At the forefront of payment revolution, we are very proud to launch an encompassing All-in-One QR for businesses. The Paytm All-in-One QR is a must-have business tool as it is the only payment QR that allows merchants to accept payments from Paytm wallet, all UPI apps, and cards. I am sure this QR will accelerate the Digital India mission and make more financial services available to the underserved."

Along with the ‘All-in-One Paytm QR’, the payments company also introduced a new service 'Paytm Business Khata', which empowers Paytm merchant partners to maintain digital ledgers of their customer transactions including cash and credit (popularly known as udhaar).

With 'Paytm Business Khata', merchants can set payment due date for credit transactions and send automated reminders. The customers will receive a notification with their billing history, and they will be able to make payments through the same link.

However, Paytm isn’t the first payments platform to launch this service for its customers.

Instamojo’s ‘Credit Book’ allows its customers to keep track of credit given to vendors, suppliers, and customers; monitor cash receivables from customers, vendors, and suppliers; send due payment reminders; and at the same time save time by ditching the old ledger book, excel sheet, and calculator.

Apart from Paytm and Instamojo, newer online platforms and startups have also been digitising SMB records and attracting a lot of investor interest in return.

Bengaluru-based ﻿KhataBook﻿, a mobile app which enables SMEs to record and track business transactions raised $25 million in Series A funding from partners of DST Global, GGV Capital, Sequoia India, Tencent and others, in October 2019.

Another platform in the space is Bengaluru-based startup ﻿OkCredit﻿ which has raised $83 million in funding between June to September last year, onboarding the likes of Tiger Global and Lightspeed (India and the US), as investors.

At present, Paytm claims that its merchant only app 'Paytm for Business' is used by over 10 million Paytm merchants. Through the app, merchants can also avail financial services products including loans and insurance.

Digital payments platform PhonePe crosses 5 B transactions on its app