Future of Work 2020 Day 1: India's finest minds in product, tech, design offer insights into trends that will define our tomorrow 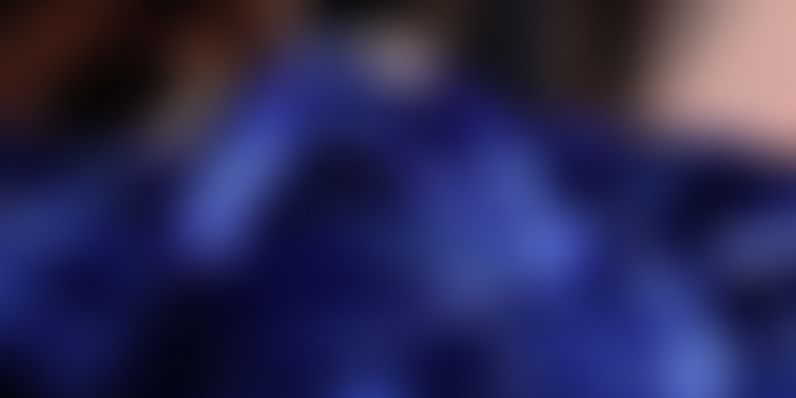 The first day of YourStory’s Future of Work 2020 conference saw insightful conversations on the trends that will shape the future of product, tech, and design.

YourStory’s Future of Work event -- well known for being India's largest product, tech, and design conference -- saw some of the finest minds in the tech and startup world share rare insights into the disruptive trends that will define our future.

The first day of the two-day-long Future of Work conference attracted over 2,000 attendees who flocked to Bengaluru's Taj Yeshwantpur to hear from venerable names in the Indian tech and startup ecosystem, including Udaan Co-founder Amod Malviya, CureFit Founder Mukesh Bansal, PhonePe Co-founder Rahul Chari, Swiggy's Head of Engineering and Data Sciences Dale Vaz, and ShareChat Co-founder and CEO Ankush Sachdeva, among others.

Amod Malviya, co-founder of B2B ecommerce marketplace Udaan, set the tone for Day 1 by providing insights on how organisations can be better structured to drive productivity and impact through their product, tech, and design teams.

A techie at heart, Amod shared his approach of doing away with titles at Udaan and exposing engineers directly to problems being faced on the ground. According to him, an engineer is best positioned to address an issue when s/he is exposed to the problem directly.

The insightful address by the Udaan co-founder was followed by special product and tech-focused talks by Amitabh Misra, VP-Experience Cloud Engineering of Adobe, Yaw Yeo, General Manager for International Product and Business at AliBaba Cloud, and Vinay Bharatia, Country Director, Sales and Business Development at Lark, among others.

A key highlight on Day 1 were the fireside chats that YourStory Founder and CEO Shradha Sharma had with marquee figures in the startup world: first with Mukesh Bansal, Founder of soonicorn Cure.fit and next with Dale Vaz, tech head, of Swiggy. Both Mukesh and Dale highlighted the role played by technology in building businesses that impact billions of people and redefine habits and lifestyles.

In a separate panel discussion on ‘How Data & AI is transforming industry powerhouses,’ Rajashree Rao of Rolls Royce pointed out how artificial intelligence is still integral to transforming the way mundane and repetitive tasks are performed. Also on the panel was Philip Varughese Vayarakunnil, VP & Global Lead of Accenture India, who explained how human intelligence will play a major role in making AI a more accurate, responsible, and human-centric tool in the future.

He said, “There are virtual doctors, lawyers, etc., but actual lawyers and doctors are needed to build AI. Also, if AI reaches the wrong hands, it can cause complete devastation.”

Product and the Product Manager

The second track on day one of Future of Work 2020 was focused on Product and the Product Manager. It comprised of 10 talks delivered by product leads of the Indian startup ecosystem.

From Abhilash Pillai of Udaan and Ankush Sachdeva of ShareChat to Tina Ngo of Influx Worldwide, the speakers regaled the audience with their own learnings and experiences in product management and product building.

Future of Work 2020: Digital systems can improve the quality of life in India, says Lalitesh Katragadda

ShareChat also saw a gradual but major change after Reliance Jio was launched. “Before Jio, ShareChat was an 80 percent text platform. Today, only 20 percent of the content is in the form of text,” Ankush says.

The duo also revealed interesting facts about Indians residing beyond metros. According to ShareChat, Indians prefer using content platforms for sharing wallpapers, ringtones, and jokes, rather than to search for a job.

Future of Work 2020: Taking a step back can be the quickest way forward, says Tina Ngo of Influx Worldwide

Next, Swapan Rajdev, Co-founder and CTO at conversational AI startup Haptik, spoke about Product Management for AI products. He said the job description of an AI Product Manager must include - defining the AI problem, acquisition and sanity of data, success criteria, sign off the end product, and keeping it simple.

Swapan went on to elaborate and said that besides talking about software problems, a product manager has to define AI problems. He said one should own the acquisition and sanity of data and define the success criteria. He further discussed the important terminologies used by most product managers working in the AI space, which includes model, training, interface, classification,and regression algorithms.

Having discussed the what and how of product management, Kapil Rathee, Chief Product Officer and President of Junglee Games, spoke about the importance of building the right product. He highlighted the importance of asking oneself the question:

“Are you building features or solving problems and creating an experience?”

The right way of developing a product is following the steps correctly and chronologically- identify the problem, ideate, simulate or AB test, innovate and create, measure, analyse, and finally, scale or stop. Kapil also revealed the 101 of building a business around a product.

Later, Ashish Agarwal of Kaleyra discussed the journey of a product to IPO, and GoJek’s Prasun Jain spoke about leveraging marketplaces for growth.

Apart from these insightful talks and discussions, the conference also had workshops to provide hands-on experience to the attendees.

The first workshop was on the topic ‘Evolving the role of Product Manager’, and was conducted by Rohan Choudhary, VP Products and Founding Team member of Glance.

Rohan said: “A product manager must focus on being a problem owner and not a solution owner….and don’t focus on metrics too early. Talking to consumers brings best feedback at this stage.”

Adarsh Muthappa, Karthik Bharadwaj, and Pradyumna Panikker of Autovrse stunned the attendees with a live demo of Virtual Reality in their workshop-- ‘Designing Immersive, Interactive Words in VR.’

Aditya Jalan of Bounce conducted a workshop on building the culture of data-led decisions.

And we’re not done! There’s more to come tomorrow. You can find the full agenda for Day 2 here.