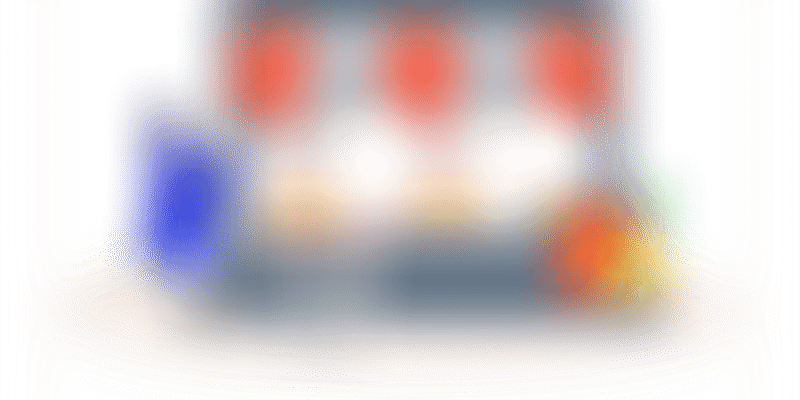 Social commerce startups are making merry as rising smartphone usage and low data costs have created a market of millions of first-time internet users in India. These users are mostly in the small towns and are shopping on social media.

The growth of social commerce startups in India was almost inevitable.

Given the country’s vast social media user base and its enormous appetite for ecommerce, something that blends the two was always going to be a success. But, not until last year was the buzz around social commerce so loud and all-encompassing.

As the name suggests, social commerce is when social media enables commerce: entrepreneurs and businesses leverage social media platforms for curating, promoting, and selling their products to consumers.

In 2019, it was the fastest-growing segment of India’s online retail industry and witnessed snowballing investor interest.

Homegrown social commerce startups on-boarded over 10 million resellers, and raised $100 million in funding in the past 12 months, according to industry estimates.

A combination of factors has led to the meteoric rise of social commerce in India:

c) Unhindered growth in social media usage and the rise of short-form video platforms such as TikTok, Instagram, and Snapchat, especially among millennials

d) Availability of vernacular networks like ShareChat, Roposo, and others

A recent PayPal survey revealed that India is already the leading Asian market for social commerce. It is projected to become a $100 billion vertical of ecommerce by 2025.

YourStory lists some of the top startups in the sector.

It may not be an exaggeration to state that ﻿Meesho﻿ is to social commerce what Flipkart was to ecommerce in late-2000s India.  One of the earliest startups in the sector, Meesho was founded by IIT alumni Vidit Aatrey and Sanjeev Barnwal in 2015.

It has created an alternative distribution channel for homemakers, small entrepreneurs, teachers, and students to sell goods on through WhatsApp, Facebook, Instagram, and other social media platforms.

Meesho claims to have built a network of two million ‘social sellers’, nearly 80 percent of which are women. They are selling goods from over 15,000 suppliers in over 700 small towns. Its app is available in seven local languages, with 40 percent of its daily active users (DAUs) consisting of the non-English speaking population.

Bengaluru-based Meesho is also one of the most-funded startups in the sector. It counts giant names like Facebook, Sequoia Capital, Shunwei Capital, SAIF Partners, Y Combinator, and others among its investors.

In August 2019, Meesho raised $125 million in a Series D round from Naspers. Prior to that, it had raised $25 million from Facebook, in what was the company’s first-ever investment in an Indian startup.

DealShare is focused on what it calls ‘WhatsApp-first India’ consisting of lower- and middle-income groups in Tier II and III towns. Through the platform, users can get fruits and vegetables, grocery items, beauty and wellness products, and all other household essentials at daily discounted prices.

The startup, which began in Jaipur and then moved to Bengaluru, claims to be servicing more than 15,000 orders daily, and is growing at 50 percent month on month. Its app has recorded 400,000 installs, and is available in several local languages.

In October 2019, DealShare raised $11 million from Matrix Partners and Falcon Edge Capital, with participation from Omidyar Network, and DST Global. It plans to utilise the capital in expanding to 100 more towns and improve its logistics network.

[Startup Bharat] With over 10,000 orders a day, Matrix-backed DealShare is capturing Tier II and III India

Delhi-based ﻿BulBul﻿ was founded by Sachin Bhatia (who had also co-founded MakeMyTrip and TrulyMadly) and Atit Jain in 2018.

It is India’s first multi-language live-video ecommerce platform that seeks to redefine the way products are bought and sold online.

BulBul lets sellers display their products live and answer viewers/buyers questions in real time. On the customer side, it offers group buying and social sharing features to users that lets them involve their peers in the purchase. Essentially, BulBul is bringing the traditional bazaar-like buying experience online.

The startup claims to have processed over four lakh transactions and recorded a GMV of Rs 15 crore. Its short-form seller videos have been viewed over 15 million times.

In October 2019, BulBul raised $14.7 million from Sequoia Capital. Prior to that, it was also a part of Surge, Sequoia’s early-stage accelerator programme in India. The startup also counts Leo Capital and CDH Investments among its early investors.

Bulbul, providing on-demand beauty services, as the beauty and wellness segment heats up

﻿GlowRoad﻿ was founded in June 2017 by Sonal Verma, Kunal Sinha, Nitesh Pant, Shekhar Sahu, and Nilesh Padariya for stay-at-home mothers and micro entrepreneurs to sell products in their local networks and earn online.

Resellers, who reach customers through WhatsApp and Facebook, get access to millions of products along with shipping facilities and payments.

In May, the startup further raised $11.5 million in a Series B+ round from Korea Investment Partners and Singapore-based Vertex Ventures. It plans to utilise the capital in expanding its seller network and crossing 100,000 transactions per day.

Founded in 2018 by Nitin Raj Gupta and Shubham Paramhans, ﻿Mall91﻿ blends live video-based social shopping, vernacular language catalogues that can be browsed with voice commands, and WhatsApp-based checkouts on a single platform.

The Noida-based startup claims that it already reaches 2,000 Tier II, III, and IV towns and even villages.

In October 2019, Mall91 raised $7.5 million in a Series A round led by Go-Ventures (the investment arm of Indonesia’s Gojek). The round also saw participation from its early backers Beenext, Kalaari Capital and Angel List India.

Mall91 plans to use the funds to expand its business across more regions, both domestic and international, ramp up its supply chain and product, and also add more regional language capabilities.

﻿Simsim﻿ is less than a year old, but is already making waves in the social commerce sector. Founded by Amit Bagaria, Kunal Suri, and Saurabh Vashishtha in July 2019, it has already notched up more than a million users on its platform.

The Gurugram-based startup claims to be working with 1,200+ Community Opinion Leaders (or social influencers) to create content around products and sell them to buyers. Nearly three-fourths of Simsim’s users come from India's Tier II and III towns.

After the orders are placed, Simsim sources the products from manufacturers and suppliers, and delivers it to the customers through its third-party logistics partners.

Within a year of its launch, the startup has pocketed $16 million in three funding rounds from Accel Partners, Shunwei Capital, and Good Capital. Simsim plans to utilise the capital in adding more languages to its app, and signing up 10 million customers by the end of this year.