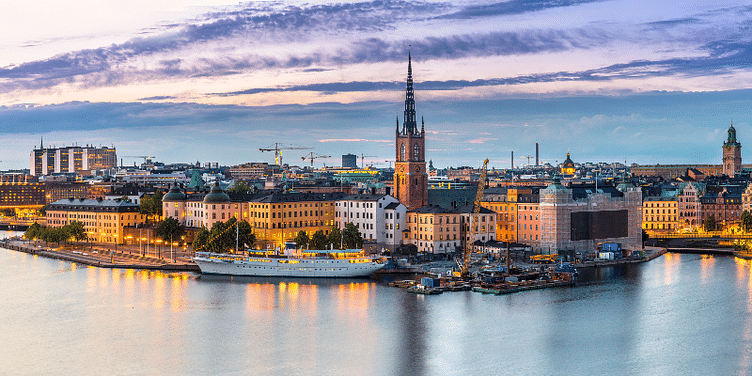 The novel coronavirus has taken over the world. Markets have fallen, economies have come to a halt. Each country is dealing with the pandemic in its own way. Here’s how Sweden is battling the COVID-19.

The COVID-19 hit the world from nowhere, or did it? After SARS, which started at the end of 2002, I think everyone travelling has some sort of understanding that this can happen, and likely would happen again.

Compared to the novel coronavirus, SARS was rather mild but scary enough.

The world today is very different than it was in 2002-03. Globalism had not become the new normal – neither for business nor for the tourist. Flying in Europe or India today is as easy as taking a bus.

For Europe, it would have been great if there was a coherent strategy and a common body to manage the spread of the coronavirus, especially given the easiness of the mobility of people within the Union.

An EU body should be set up be allocated resources, as well as mandate and coordination responsibilities with all member state's health care departments and a direct link to all hospitals. This would give decision makers' better information in real-time to make better decisions.

The EU has 446 million people while India has 1.3 billion. In a pandemic spread like coronavirus, you not only need a firm decision-making body to manage communication and resources, you want to have it as a citizen, it creates structure, reason, and a sense of calm in a fear spreading environment.

In Europe, all countries quickly went their own way without a clear EU direction. To be fair, EU leadership was never given such a management mandate for health crises, but perhaps in the future, they will.

Many countries have chosen a complete shutdown of everything from allowing citizens to step outside (only for necessities) to shutting down of public transportation and restaurants, and more.

Coronavirus in Europe: Quarantining as a tourist during the COVID-19 lockdown

Countries will make decisions based on their own set of circumstances and their ability to organise a response to the epidemic.

My country Sweden chose a somewhat different path. Whether or not this is the right path, only time will tell.

We have chosen not to shut down society, thereby allowing for public transport, restaurant visits, though seated guests are only allowed takeout, essentially letting businesses make their own judgement call. Government offices also remain open.

In general, a minimised public society. Half of Stockholm is working from home. On the corporate side, according to the Stockholm Chamber of Commerce, this goes as high as 90 percent.

Because 50 percent of the Swedish GDP is based on export, and it is understandable that business is taking a massive hit at the moment. With the shutting down of the service industry, I fear our economy will not recover from such a hit in a very long time

The Swedish model chosen here puts a lot of responsibility on the individual to be just that – responsible. This is rooted in our culture and through our workplace, mainly through a concept we call "work under responsibility".

It basically means that you have more flexible working hours as long as you do your job. Swedes also have a longstanding and implicit trust in authority. So, if the government asks us as citizens to do something that makes sense, we usually do it.

In this case, it asked people, who show any kind of symptoms, to stay at home for two weeks. If they have the flu but can cope, they have been asked to stay at home in quarantine, until they are fine and then wait a few more days.

The government have also asked people not to travel from highly-infected areas to low-infected areas, especially during the upcoming Easter holidays. It has already told senior citizens and other risk groups to stay at home.

Generally, I would say it works and we can still allow for the economic wheel to keep spinning. Another cultural aspect reflected well in the BBC article on March 29 is the fact that Swede's are outdoor people.

Being outdoors is a way for people to stay physically and mentally healthy. I would argue that given the generally cold and definitely darker winter months, we are pretty good at staying at home as well.

Other factors particular to Sweden is that there are only core family members living together – no grandparents. In fact, Stockholm has a lot of one- or two person households.

Giving in to temptation

Sadly, these methods do not work all the time. People are people after all, and some believe it will not happen to them because everything seems so normal and so, they do not follow the rules.

I physically went grocery shopping for my father last Saturday, to a large store close to him, thinking it would be empty (I usually shop online). Surprisingly, it was packed, with about 30 percent of the visitors in the risk zone, and definitely more than the allowed 50 people in one area.

The elderly cannot stay at home if they are alone or do not have the necessary supportive infrastructure to help them with tasks, such as shopping for necessities. Like in many other parts of the world, the elderly generally does not trust technology and would therefore refrain from shopping online.

For the ones living at home, there are free government "home services" who come and do the cleaning and shopping for them. But, these services are being stretched right now.

Giving the economy a 'cardiac arrest' (read shutting everything down) has not been done before, and I believe our model – as of now – has taken the economy and loss of life into consideration.

However, it is clear that people have to be made aware on a continuous basis on the dangers of not following the guidelines.

It's extremely important that services are allowed to continue so people have hope, can make a living, and stay both physically and mentally healthy.