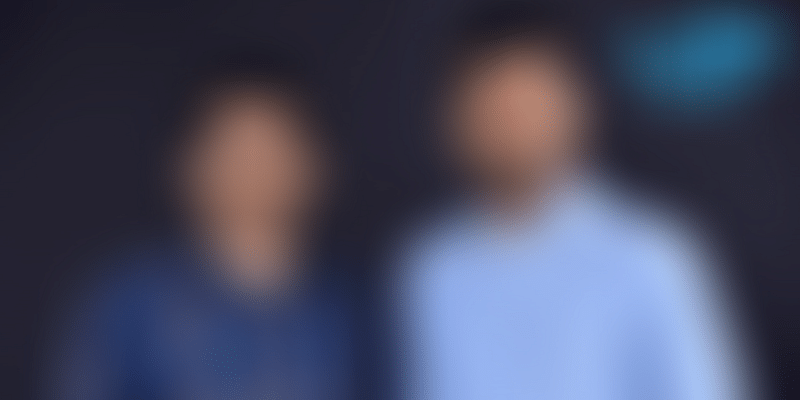 The Turning Point is a series of short articles that focuses on the moment when an entrepreneur hit upon their winning idea. Today, we look at Bengaluru-based AI SaaS startup Vernacular.ai.

Sourabh Gupta and Akshay Deshraj came to Bengaluru in 2016 after graduating from IIT Roorkee. The duo was among the thousands of engineers who flock to the city every year with hopes to become entrepreneurs and start another Ola, Swiggy, or Flipkart.

Not sure of the problem they wanted to solve, they started doing what most potential startup founders do - they attended as many events as possible, kept meeting people and making new connections, and never stopped reading.

In a recent conversation with YourStory, Sourabh said, “By then Reliance Jio was already here, and everyone was talking about the next 500 million internet users.”

In order to explore what these ‘next 500 million internet users’ wanted and the problems they faced, the two friends started visiting villages in and around Bengaluru. In one of their visits to Kanakapura, a small town situated 55 kilometers from Bengaluru, they finally found the problem they had to solve.

Sourabh recalls having met a farmer who had a very particular and long-existing problem.

“I receive SMS on my phone from the bank. I know the message is from the bank because it has numbers, but I cannot understand what the SMS means because it is in English,” the farmer told him.

He (the farmer) had to cycle 10 kilometers to the bank every time he received an SMS to get the bank manager explain to him what the message meant. Most of the other farmers, across villages, faced the same problem.

“This was when we knew that the next generation of internet users are going to be voice-first,” Sourabh says.

After months of research and development, the IIT graduates launched their company Vernacular.ai. Based out of Bengaluru. The startup is transforming customer interaction through its artificial intelligence (AI) based voice assistant - VIVA. The startup empowers locals and equips enterprises to cater to the non-English speaking population of the country.

Vernacular.ai currently serves more than 25 enterprise clients in 16 different languages in the banking, insurance, food and beverage, and hospitality sectors. This includes the likes of Axis Bank, OYO Rooms, and Barbeque Nation, among others. According to the startup, it helps enterprises automate their call centre operations by up to 80 percent.

The journey from being a college student to a startup founder was not an easy one. When Sourabh was still preparing for the IIT-JEE examinations, the likes of Flipkart and Ola were ‘making a scene,’ says the Co-founder and CEO.

“I wanted to start a business of my own. I went to IIT not to become an engineer but because my parents wanted me to,” says Sourabh.

Back in college, Sourabh was the Head of the Entrepreneurship Cell in his final year of engineering. During the events, he met his co-founder Akshay. The duo worked on a couple of projects together as well.

When they came to Bengaluru, not many people took them seriously for their age, Sourabh tells YourStory.

“When we expressed that we wanted to build a B2B business, we were told that enterprises want ‘grey hair’ to sell them something,” Sourabh says.

Additionally, there was a misconception that in order to create a deeptech platform, a startup needed a PhD scholar to understand the nuances of the platform. Being fresh out of college did not help Sourabh and Akshay.

Coming to a new city and without a job, the duo borrowed money from their parents for the basics. “At a time when everyone sends money back home, we were asking our parents for financial support,” he adds. And with this, came the incessant questions regarding the progress. “All we were doing was reading!” Sourabh says.

Having incorporated the company in October 2016, Vernacular.ai was finally launched towards the end of 2017. Within the first 35 days of its launch, the startup raised an undisclosed amount as seed funding from Kstart Capital, the seed programme of venture capital firm Kalaari Capital. Recently, in May this year, it further raised $5.1 million in its Series A round. The round was led by Exfinity Ventures and Kalaari Capital. AngelList, IAN Fund, and LetsVenture also participated in the round.

Going forward, Sourabh says, “We will now be scaling exponentially and invest heavily in R&D for Indian and South-Asian markets.”