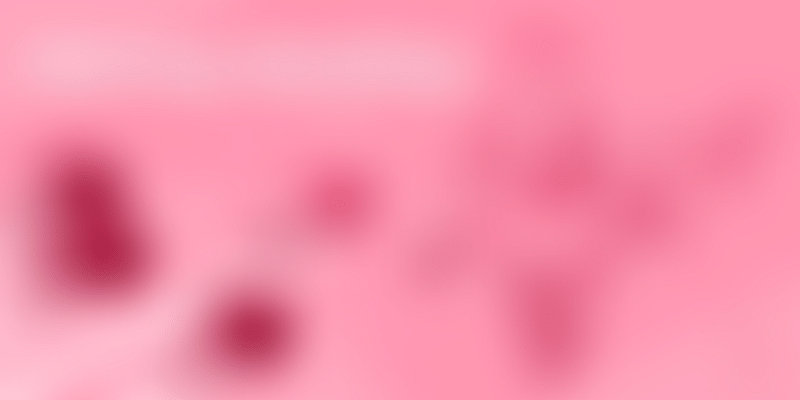 DPIIT’s ranking of states and union territories on how they performed in enabling the growth of startups in their regions has created new benchmarks.

The vibrancy of India’s startup ecosystem has been acknowledged across the world with both the Centre and state governments ushering in proactive policies to foster this entrepreneurial spirit.

Startups have become the focal point for almost every state government across the country, which was not the case around five years back when such activity was isolated to a few regions in the country.

Startup India, launched in 2015, acted as a catalyst for more state governments to come out with separate policies dedicated to the startup segment.

Now, the Centre plans to increase the stakes further with a regular ranking system for states and union territories (UTs) on their overall performance when it comes to startups. All this is being done to promote competitive federalism.

The Department for Promotion of Industry and Internal Trade (DPIIT), under the Union Ministry of Commerce and Industry, recently unveiled these rankings under the report States’ Startup Ranking 2019.

India has become more recognised as a global startup hub — it has the third largest startup ecosystem in the world — attracting over $50 billion investments between 2014 and 2019, according to the report.

Among the other key highlights of the Indian startup ecosystem include DPIIT recognising more than 28,000 startups spread across 28 states and nine UTs.

This actually means that 565 districts out of the 725 across India now has at least one startup, revealing the kind of inroads young companies and entrepreneurs have made over the years.

The startup ecosystem in India is also home to 32 unicorns and at an average, 12 jobs are created per startup, totalling more than 3.5 lakh jobs. More importantly, over 43 percent of the total startups have one or more women directors.

During this assessment exercise, several challenges were also highlighted, including access to funding and the need for simplification of regulations, specifically for disruptive technologies.

The intended objectives of the evaluation exercise operate both on a group as well as individual level. They range from stimulating healthy competition among states to clearly identifying and assessing respective startup ecosystems.

There needs to be a higher benchmark to spur the states and UTs. This initiative, which began in 2017 with the first ranking done for the year 2018, notes, “This is first of its kind initiative to utilise the power of competitive federalism to transform a country into a flourishing startup ecosystem.”

There is recognition of the fact that the growth of the startup ecosystem in the country will not be possible by the Centre alone and requires an equal support or push by the state governments.

“Last years’ ranking exercise has made apparent that when the Centre and states work together, the value added to the ecosystem is unparalleled,” states the report.

To establish uniformity and ensure standardisation in the ranking process, states and UTs were divided into Category-X and Category-Y, wherein the Y category entails all UTs — except Delhi — and all states in Northeast India, except Assam; Category X contains all other states.

“This (ranking system) will go a long way in further promoting the startup ecosystem by Centre and states,” said Union Commerce and Industry Minister Piyush Goyal at the launch of the report.

“The role of the state government becomes very important in developing the necessary infrastructure and support to foster the startup ecosystem,” states the report.

The idea is to not only foster healthy competition among states to create the best startup ecosystem but also help them identify, learn, and replicate good practices.

The growth of startups is also corroborated by the number of them being recognised by the DPIIT each fiscal, which increased from just 797 in 2016-17 fiscal to 13,096 in FY19-20.

In this second edition of startup ranking, 22 states and three UTs participated, compared to 27 states in the last one.

Among the top winners for 2019 were the states of Gujarat, Karnataka, and Kerala. Gujarat was ranked as the best performer, while Karnataka and Kerala came into the top performer category.

For example, the assessment showed that Gujarat developed a robust online mechanism for receiving grievances and provide resolutions on matters related to public procurement.

Startups can raise grievances on the state’s startup portal and communication of resolution of the grievances is undertaken through the same portal. For each grievance submitted, a timeline is specified for the resolution.

Similarly, the ‘ELEVATE 2019’ initiative of the Karnataka government is a programme to promote entrepreneurship through innovation by declaring grants for startups. As part of the programme, the government provides a comprehensive entrepreneurship platform that includes idea validation, funding, and space, among others to attain relevant work orders.

The government of Maharashtra has constituted the ‘Hirkani Maharashtrachi’ scheme and the ‘Fintech Corpus Fund’, which have defined the eligibility, application process, and extent of funding support available for startups in the state.

As the report notes, “Thus, the state has provided tremendous seed support assistance for startups present in the incubator to incubate innovative technological ideas and enabled them to graduate to successful commercialisation.”

Given the strides made by the startup ecosystem in the country, there is also an acknowledgement of the kind of impact that newer technologies such as artificial intelligence (AI), the internet of things (IoT), nanotechnology, and genomics will have.

As the report notes that these advances affect every aspect of society, which includes industrial strategies and competitiveness, labour market, and the way the government functions.

It highlighted how some states have worked on sector specific policies or have specified additional incentives for technology-drives startups.

Telangana, for instance, has come out with the Blockchain Policy 2019 to help startups by making Hyderabad as one of the top 10 blockchain cities of the world. This policy also offers numerous fiscal incentives.

“Such foundations play an important role in giving startups in disruptive sectors a direction and an additional push to quickly scale-up and create an impact,” the report notes.

Also, 19 states offer special incentives to startups — in the form of additional grants or subsidies over and above the range of incentives offered to startups in general.

Incubation infrastructure and mentor networks have gained momentum in several states. Together, 22 state governments have set-up or upgraded more than 300 incubators across the country, wherein more than 7,200 seats have been allocated to startups.

Also, 19 state governments have built a pool of approximately 2,000 registered mentors across the country. It is important to note that the report counts more than 1,300 startups having been supported by seed funding from state governments.

In addition to seed funding, 10 states have created Venture Funds or a Fund of Funds and 218 startups have been provided with venture funding support.

One of the most critical aspects is the simplification of regulations where both the central and state governments have taken efforts to do so.

According to the report, working in tandem with the central government, 20 states have introduced a total of 36 amendments in rules, regulation, or Acts for supporting startups.

“The speed at which startups is growing is lot of food for thought to the policy makers at both Centre and states to work with the ecosystem and find ways and means to further encourage and support them,” the minister said.

The startup ecosystem in India now comprises of a multitude of stakeholders, including founders, entrepreneurs, companies, investors, governments, universities, and local and global market forces. Here, the government can play a very critical role in being an enabler.

The report noted that the latest exercise helped in identifying some of the best practices across different states and UTs. It also helped identify unique initiatives adopted by states in creating a conducive environment for all players in the ecosystem.

“The learnings and best practices captured in this report aim to aid other states in identifying key priority areas to strengthen their respective startup ecosystems,” it stated.

It noted that moving forward, governments would have to invest heavily in Research & Development (R&D) and upcoming technologies to ensure first mover advantage and build further on their competitive value addition to this exercise.

The report noted that State Startup Ranking Framework 2019 is an effort to identify key actions undertaken by various states to help and scale up startups and related ecosystems.

The start has been made and the State Ranking Framework 2020 is already underway and is rooted in the learnings through the course of the 2019 Ranking.

The report notes, “As India moves ahead, we need to push our boundaries, set a brave vision and take robust actions to overcome inherent challenges of the past… State Ranking Framework 2020 aims to address challenges, comprehensively incorporate feedback and portray the all-encompassing growth trajectory on a state and national level.”