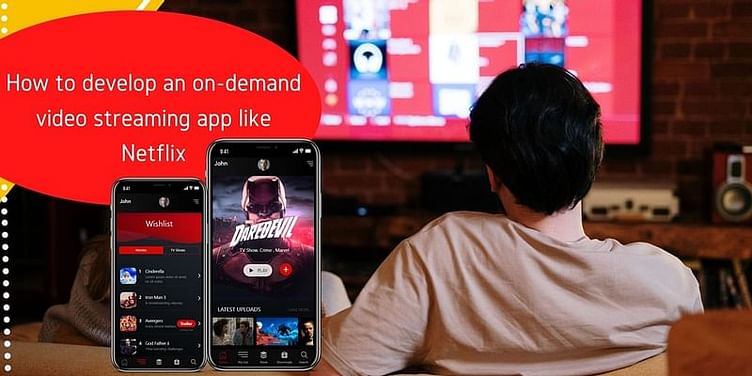 Netflix Co-founder and Co-CEO Reed Hastings, and author Erin Meyers, in their new book, ‘No Rules Rule. Netflix and the Culture of Reinvention,’ talk about Netflix’s work culture, and how it managed to create a company of high performers.

If there is one document online that is shared by most Silicon Valley biggies, viewed by over five million times, and has been called “the most important documents ever to come,” by Facebook COO Sheryl Sandberg — it is the Reed Hastings’ PowerPoint deck that explains the working culture at Netflix.

“We realised that some of the talent management ideas we’d pioneered, such as the concept that workers should be allowed to take whatever vacation time they feel is appropriate, had been seen as a little crazy (at least until other companies started adopting them). But we were surprised that an unadorned set of 127 slides — no music, no animation — would become so influential.”

Now, eight years later, CEO Hastings has put those learnings in a book titled — ‘No Rules Rule. Netflix and the Culture of Reinvention.’ The book is co-authored by Erin Meyers, who is the author of ‘The Culture Map: Breaking Through the Invisible Boundaries of Global Business,’ and a professor at INSEAD.

Results matter more than anything else

From the very beginning, Netflix made its intentions clear to its employees — it expects them to show extraordinary performance. As Author Robert Shaw, in his book ‘Extreme Teams: Why Pixar, Netflix, Airbnb, and Other Cutting-Edge Companies Succeed Where Most Fail’ writes, “Effort doesn’t matter. Intent doesn’t matter. Results matter.”

Robert explains that companies like Netflix generally end up valuing the personal traits needed in an employee for a team to achieve their goals. This means it hires and promotes only those who fit its culture, and if they don’t, they are asked to leave.

The US-based streaming giant has one hiring rule: “Unlike many companies, we practise: adequate performance gets a generous severance package.”

“Each team develops a unique set of practices to ensure that members have the right mix of personal motives, values, and temperament. They hire and promote people who fit their culture. Contrast this approach with conventional teams where members are often selected based on their experience or functional skills,” says Shaw.

To avoid the trap of putting processes before people, Netflix gives its employees big jobs and ample latitude on how to perform in those jobs.

The book starts from a stark event in Netflix’s journey. Netflix was about to get acquired by Blockbuster — a $6 billion giant in the home entertainment business in the US. However, in 2000, when the deal fell through, little did Hastings and Marc Randolph realise that it was a blessing in disguise.

Netflix, as Hastings explains, introduced a new way for people to watch and enjoy great stories, breaking down barriers and enriching lives.

He says, “It was not obvious at that time, even to me, but we had one thing that Blockbuster did not: a culture that valued people over process, emphasised innovation over efficiency, and had very few controls. Our culture, which is focussed on achieving top performance with talent density and leading employees with context, not control, has allowed us to continually grow and change as the world and our members’ needs, have likewise morphed around us. Netflix is different. We have a culture where No Rules Rule.”

Here’s what you can take away from Netflix’s no rules rule culture:

Who will you fight to keep in your team?

Hastings says in his book, “a great workplace is stunning colleagues.” And Netflix learned it the hard way. At the beginning of the Internet bubble burst, in the 2000s, it had close to 120 employees and over 400,000 subscribers, but it also saw all of venture capital funding drying up. Netflix, which was running a not-so-profitable business at the time, was facing a dearth of funds.

“Morale in the office was low, and it was about to get lower. We had to lay off a third of our workforce,” Hastings says. The Human Resources team, comprising of Marc and Patty McCord, Head of HR, sat down and looked at the individual contribution of each employee.

“We didn’t have any obviously poor performers. So we divided the staff into two piles: the 80 highest performers who we would keep, and 40 less amazing ones,” Hastings writes.

Obviously, the team had to expect some backlash. “But, despite some tears and visible sorrow, all was calm. Then, within a few weeks, for a reason I couldn’t initially understand, the atmosphere improved dramatically. We were in cost-cutting mode, and we’d just let go of a third of the workforce, yet the office was suddenly buzzing with passion, energy, and ideas.

“I am not advocating for layoffs, and fortunately we haven’t had to do anything like that at Netflix. But in the days and months following those 2001 layoffs, I discovered something that completely changed the way that I understand both employee motivation and leadership responsibility,” Hasting says.

While the company was left with a smaller pool of talent, overall, its talent density had increased.

“We learned that a company with really dense talent is a company everyone wants to work for. High performers, especially thrive in environments where the overall talent density is high. Our employees were learning more from one another, and teams were accomplishing faster. This was increasing individual motivation and satisfaction, and leading the entire company to get more done,” says Hastings.

Netflix realised that “For top performers, a great workplace isn’t about a lavish office, a beautiful gym, or free sushi. It’s about the joy of being surrounded by people who are both talented and collaborative. People who can help you be better. When every member is excellent, performance spirals upward as employees learn from and motivate one another.”

According to Meyers, Netflix’s 2001 layoffs showed that performance (good and bad) is infectious.

She says, “If you have adequate performers, it leads many who could be excellent to also perform adequately. And if you have a team consisting entirely of high performers, each pushes the others to achieve more.”

A study conducted by Professor Will Felps of the University of New South Wales, Australia, demonstrated the same — a contagious behaviour in the work environment. During the study, Felps observed teams of four college students — where each actor was tagged as a slacker, a jerk, or a pessimist — to finish a task in 45 minutes to receive a $100 reward.

“Felps found that even when other team members were exceptionally talented and intelligent, one individual’s bad behaviour brought down the effectiveness of the entire team. In dozens of trials, conducted over a month, groups with one under-performer did worse than other teams by a whopping 30 to 40 percent,” Meyers says.

Only say about someone what you will say to their face

“In my first few years as CEO at Pure Software, I managed the technology well. But I was still pretty miserable at the people part of leadership. I was a conflict-avoidant. People would become upset if I addressed them directly with a problem, so I would try to work around issues when they arose,” says Hastings, adding that his issue was deep-rooted in an incident from his early childhood.

“I saw that openly voicing opinions and feedback, instead of whispering behind one another’s backs reduced the backstabbing and politics and allowed us to be faster. The more people heard what they could do better, the better everyone got at their jobs, the better we performed as a company. That is when we coined the expression – ‘Only say about someone what you will say to their face,’” he adds.

He continues, “In most situations, both social and professional, people who consistently say what they really think are quickly isolated, even banished. But at Netflix, we embrace them. We work hard to get people to give each other constructive feedback — up, down, and across the organisation — on a continual basis.

At Netflix, it is tantamount to being disloyal to the company if you fail to speak up when you disagree with a colleague or have feedback that could be helpful. After all, you could help the business — but you are choosing not to!

It just isn’t candid feedback, but also frequent feedback that Netflix promotes. It believes that a feedback loop is one of the most effective tools for improving performance.

“We learn faster and accomplish more when we make giving and receiving feedback a continuous part of how we collaborate. Feedback helps us to avoid misunderstandings, create a climate of co-accountability, and reduces the need for hierarchy and rules,” claims Hastings.

“Netflix assumes that you have amazing judgement… And judgement is the solution for almost every ambiguous problem. Not process. The flip side is that people are expected to work at a super-high level or be quickly shown the door (with a generous severance package).”