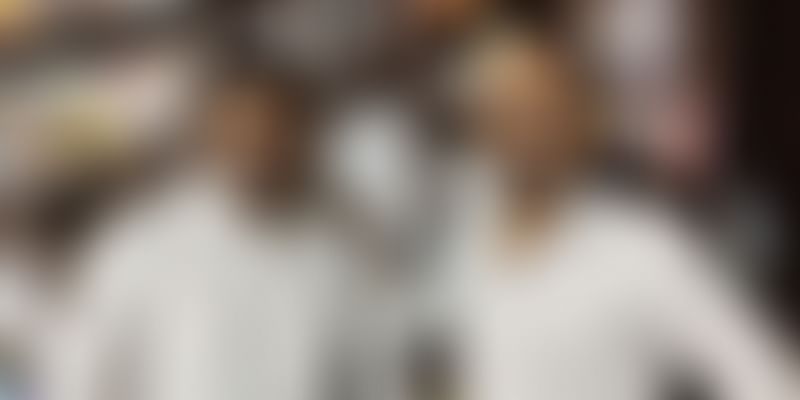 A Chennai-based crypto trading startup launched by two former consumer tech executives is banking on a strong customer support system to drive the adoption of virtual currencies in India.

Even as the volatile and decentralised nature of virtual currencies spurred calls for their regulation and even blanket bans in India and abroad, IIM Calcutta alumni Vikram Subburaj and Arjun Vijay set up Giottus Inc. in 2017 with the aim of making cryptocurrency trading simple and trustworthy.

Given the founders’ “highly customer-focused backgrounds” — Vikram had worked with Amazon and Arjun with Vodafone — Vikram says they realised “such a futuristic industry needs customer support at its core to drive adoption and build trust”.

The idea was “to build an exchange that could deliver this complex tech in a simple and trustable format”, he says.

The co-founders explain they focused on security measures, bringing more transparency, and offering a highly responsive customer support system. Simply put, Giottus enabled most customers to deposit their cryptocurrency depending upon their needs and requirements.

In this method, investors transfer INR from their bank account to that of Giottus and buy cryptocurrencies within a minute.

In on the spot exchange, traders exchange cryptocurrencies instantly. Goittus says its “proprietary ordering matching engine” enables customer orders to be “matched instantly”. It also claims to be a leader in Indian rupee (INR) pairs with “one of the most liquid order books in the country”.

For the P2P exchange, Goittus acts as an escrow for digital currencies allowing INR to be transferred directly between traders. This method, the platform says, is preferred by those who trade in large volumes.

According to Vikram, “The two-way price quotes, where the retailers can decide the buy and sell prices and have instant banking services like transactions, make it an easy option for traders."

A majority of Giottus’ clients, Vikram says, are retail consumers, who are charged 0.25 percent for a purchase and 0.15 percent for a sale. The platform also provides wallet services, wherein customers can deposit, hold, and withdraw virtual currencies.

Holding and deposit of cryptocurrencies is free, while withdrawals attract a fixed fee that is different for each currency. This wallet service is an additional part of the cold wallet. The team refused to share the fixed fee.

Giottus claims it has traded volumes of over $100 million and has a customer base of more than 100,000. The co-founder says the startup has processed more than three million trade requests and 600,000 plus transactions.

It also boasts of a margin of 55 percent, which is expected to rise further with increasing volumes. Vikram explains that as the cost of incremental orders for an exchange is quite low, growing volumes lead to high margins.

No network? This Mumbai-based startup enables you to download movies and stream your favourite apps

Pivot in the face of challenge

In April 2018, regulator Reserve Bank of India’s (RBI) circular barring banks from doing business with cryptocurrency trading platforms nixed Giottus’ plan to launch as an open order book spot exchange. As a result, most crypto currency platforms and exchanges had to either change operations or shut down.

RBI ban apart, Giottus was competing with exchanges such as ZebPay, Unocoin, and Koinex that had already achieved scale. This too led the platform to make the pivot to a P2P exchange. In effect, it claims it became India’s first fully KYC (know your customer)-enabled P2P exchange.

“Most aren’t that focused on P2P exchanges. As a P2P exchange, Giottus brought together trusted peers on its platform for processing INR deposit and withdrawals, a practice that became the cryptocurrency industry norm until the country’s top court quashed RBI’s circular in March this year,”

The Supreme Court’s verdict was a big relief for the Indian cryptocurrency industry, says Vikram, adding, “Banking support came in as a major catalyst for growth and the industry has been growing exponentially ever since the verdict. Giottus has been growing at a rapid pace of 40 percent month on month in trade volume and monthly user registrations have grown 15X since March 2020.”

He adds that in the future, exchanges such as Giottus would become the gateway of financial innovation driven by cryptocurrencies. Such a prospect could see Giottus offering lending, staking, savings accounts, and merchant payment solutions in the long term, he says.

“This would make Giottus the one-stop solution for all cryptocurrency-related requirements of a customer,” Vikram says.