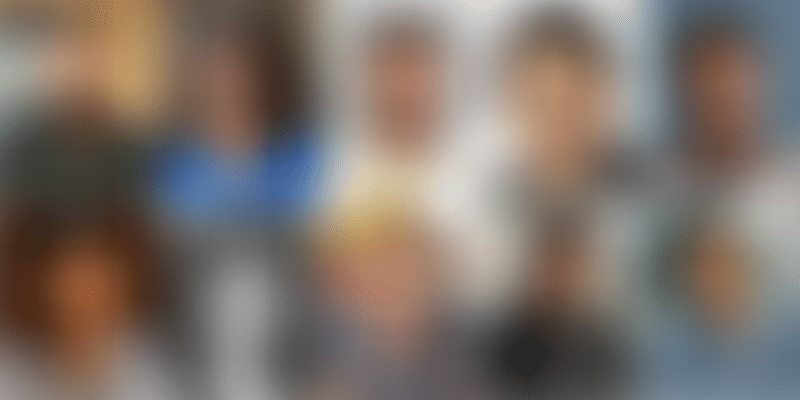 YourStory’s tech column Techie Tuesdays captures the personal and professional journeys of top techies and their tryst with technology. As we ready to step into 2021, here are the top 10 techies that you loved reading about in 2020.

Abe Lincoln famously said the “best way to predict the future is to create it”.

As technology permeates every aspect of modern life, it's no longer a want; it's a need. And bringing it to us are techies, the people who have made our lives simpler.

Be it sending a text online or shooting a video, it’s all because these techies tinkered and coded for days. YourStory’s Techie Tuesdays celebrates and tells the stories of these driven individuals who worked towards transformation. These software developers, tech architects, and product owners showed us that technology is more than just a mere tool.

Meet the 10 techies you loved to read about this year:

A self-taught coder, Kailash Nadh built the core technology responsible for powering Zerodha, India’s largest bootstrapped online brokerage. Kailash is not your typical techie – he does not have an engineering background, and has always believed in the practical use of coding and learning from building things.

Even today, as Chief Technology Officer of ﻿Zerodha﻿, while hiring for his team, he does not look at what institute the candidate graduated from; he considers what they have built and what projects they have been part of.

“I have only hired hackers, people who have tinkered around. If you want to be a good developer, embrace the hacker culture; build, break, and tinker things for fun,” he says.

Vivek Ramachandran’s interest in cybersecurity sparked in the year 2000 when the world was rocked by one of the largest cyberattacks on internet giant Yahoo. All of 17 then, Vivek wondered how a single hacker could bring down the networks of a giant like Yahoo. Since then, his interest in the subject has grown by leaps and bounds.

His discovery of the Caffe Latte attack was a turning point in his career. Today, Vivek is an influential voice in the world of cybersecurity. He is currently the Founder and CEO of Pentester Academy, a cybersecurity training platform.

“Learn how to showcase and market your work. Many technical people do not do that well, but that is an important skill,” he says.

Ramakrishnan A, Co-founder and CTO, ﻿Near.Store﻿

Ramakrishnan A’s tryst with embedded systems began in early 2000s, and his tech journey includes stints at Sasken, Infosys, and Mindtree. He strongly believes that technology has one main function: to improve everyday life.

The engineer, who has over two decades of experience in embedded systems, has worked on several products that facilitate this and continues to do so.

“Making anything happen is up to you as programming is in your hands. I like it because it puts the control in your hands. But I don’t like the current web-based coding applications because the many options put you in a dilemma,” he says.

Nitin Gupta’s journey has taken him places: from being part of the team that worked on the first ﻿Flipkart﻿ Marketplace and going on to build tech at ﻿Ola﻿ and help scale Foodpanda.

Today the Head of Engineering at ﻿MilkBasket﻿, he loves one thing most about mathematics: the push towards solving problems. His love for problem solving helped Nitin lead teams, and work in the core engineering teams of top startups.

“I am a hands-on guy. I like coding, and even today I code as much as possible. I love to do code reviews too,” Nitin says.

There is no one way to explain Mohit Aron’s contribution to the tech ecosystem. One of Google’s early employees, he was a part of the team that built the Google File System, which the tech giant still relies on for storing data and access.

He is also referred to as the Father of Hyperconvergence, the main technology of his product at his first startup, Nutanix, a listed cloud computing company with a valuation of over $5 billion.

“I was a technologist and still am a technologist, but I have learnt sales, business, and marketing. It has been fun,” says Mohit, Founder and CEO of ﻿Cohesity﻿.

Neeraj Jhanji, the man who sold patents to Facebook

Much before we came across status updates and check-in options on Facebook, a mobile social network called ImaHima could send users’ status and location updates via mobile phones way back in 1999.

The brain behind this technology, Neeraj Jhanji, says he was always looking to build the next big thing, an idea that could change the world. Facebook acquired the patents for check-ins and status updates from Neeraj in 2013.

It has been a long and arduous journey, but Neeraj says his love for technology kept him going.

“It also taught me the importance of patents and why it is important to file them early on. It is something that I want to help techies and Indian startups with,” Neeraj says.

Gunjan Patidar’s story could inspire every tech engineer’s dream. In 2008, the IIT-Delhi graduate started interning with ﻿Zomato﻿ over the weekends after a chance meeting with CEO Deepinder Goyal; today, he’s the CTO of the Gurugram-based foodtech unicorn.

Zomato has come a long way from being a “listings and food reviews platform”, and Gunjan, who now helms the tech side, is involved with larger strategic decisions. But he hasn’t given up coding.

“It isn’t about how many hours you code in a day. It is about what you code. For me, coding every day is important. I don’t work on a feature but on the future, which may happen tomorrow, or in a year or two. I need to be able to feel and understand, and I can do that only by getting into the thick of things,” Gunjan says.

Varun Agni, Co-founder and CTO of Bounce, never really understood the hype around studying at premier institutes like an IIT. Hailing from Hassan, a small town in Karnataka about 100km from Bengaluru, he knew just one thing – he wanted to pursue engineering and tinker around with a computer as much as possible.

“There is beauty in computers. You can keep asking ‘why?’ and going deeper until you understand how they behave. You get to understand what makes a silicon atom and a phosphorus atom interact and create a transistor. That kind of learning is addictive,” Varun says.

Hitesh Gupta, who is presently heading technology at smart parking startup Park+. He’s well poised to take forward his legacy - building the first payment systems and the wallet at Paytm.

For this son of a government chief account officer and a homemaker, engineering was the de facto choice as he was good at mathematics and science.

Lalitesh Katragadda is the man who built Google Map Maker and Google Maps for India. Currently, as the founder of Indihood, the serial entrepreneur is building tech to create impact at scale.

In his 12-year-long journey with Google, Lalitesh was part of the core team that built Google India. He was instrumental in building Google Maps India and later, the Google Map Maker, the map editing service to improve the Google Maps experience.

“Map Maker is the only product I’ve built for scale," says Lalitesh, who is a firm believer that technology should always be built from scratch and create impact at scale.

Google Map Maker may have earned him much-deserved recognition as a notable techie, but Lalitesh has a slew of other achievements to his name. They range from building space robots to tech that can empower communities to solve for India’s next billion.

“You can only experience the beauty of technology and knowledge when you use it and build something from scratch. If you are using a lot of existing systems and building on top of what others have built, you won’t experience that power and beauty. You can create impact by taking your perspective, and creating a real thing,” Lalitesh says.