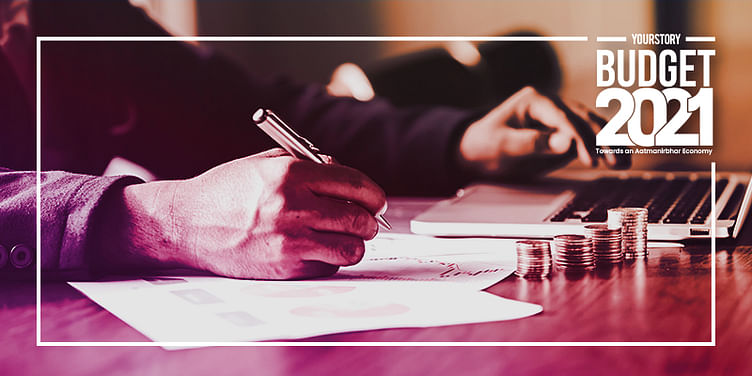 The government has come up with a roadmap for Aatmanirbhar Bharat through a six-pillar approach to kickstart the economy.

In the backdrop of the COVID-19 pandemic and the worldwide economic recession, Finance Minister Nirmala Sitharaman presented her third budget on February 1, 2021, making it her shortest one yet at 10,500 words and lasting around 110 minutes.

The focus was to reset the economy by spending heavily on infrastructure development and upping the healthcare outlay by 137 percent.

The government has come up with a roadmap for Aatmanirbhar Bharat through a six-pillar approach to kickstart the economy by creating demand through novel infrastructure projects funded by the government or by public-private partnerships.

On the tax side, the Budget introduced several changes – from dispute resolution and assessment framework, reducing routine compliances such as removing return filing requirement for senior citizens subject to certain conditions, prefilling of stock market capital gains, increasing the turnover limit for tax audit, self-certification of GST audit instead of audited by a CA to several tax benefits to affordable housing and IFSC, etc.

With respect to proposals relating to business restructuring, there have been amendments which have far reaching implications. Areas which were earlier used as workaround mechanisms have been cleverly plugged in by this Budget.

Budget 2021 is a long-term vaccine for the Indian economy: Mirium India’s Hareesh Tibrewala

Some of the key proposals are listed below:

1. Definition of the term “slump sale” widened to include the transfer of undertaking by any means, including slump exchange, where non-cash consideration is paid.

- “Slump Sale”, as defined u/s 2(42C) of the Income Tax Act (“ITA”), means the transfer of one or more undertakings “as a result of the sale” for a lump sum consideration without values being assigned to the individual assets and liabilities in such transfer.

- The Budget has now widened the scope of slump sale transactions to include nonmonetary consideration/exchange transactions within its purview.

- Presently, depreciation is allowed on tangible and intangible assets u/s Section 32 of the ITA. Although goodwill of a business or a profession has not been specifically provided as an ‘asset’ in the definition of ‘intangible asset’, after protracted litigation, it was held by the Supreme Court in the case of Smiff Securities Limited that goodwill arising from the acquisition of a business should be considered as an intangible depreciable asset.

- The Budget has now specifically provided that goodwill is not a depreciable asset. This amendment shall nullify the decision of the Supreme Court. This will be a big spoiler in M&A transactions as goodwill will no longer be available as a tax break to the buyer and would consequently reduce the negotiating power of the seller.

- Further, although the amendment is prospective in nature, even depreciation on past goodwill, although claimed in the past would not be available going forward.

3. Plugging-in tax planning opportunity upon transfer of capital asset to partner on dissolution or reconstitution

- Presently Section 45(4) of the ITA, provides that any profits or gains arising by way of the distribution of capital assets on the dissolution of a firm or other AOP or BOI shall be chargeable to tax as the income of such entity in the year in which such transfer takes place. As such, the possibility of planning the tax liability through revaluation of assets before such planned dissolution or reconstitution was left unaddressed. Further, the transfer of money or any other asset (other than capital asset) during such process was arguably left unattended. Various judicial precedents had also supported this liberal view.

- To mitigate these possibilities, the law is now proposed to be much more explicit and expansive in scope. Accordingly, it is proposed that any amount in excess of the balance in capital account received by a partner on the transfer of capital assets on dissolution should be chargeable to tax without considering the impact of revaluation of assets or self-generated goodwill.

- Further, it is proposed to extend a similar tax treatment in the case of a transfer of an asset other than a capital asset.

- This exemption u/s 54GB of the ITA is rarely used but has tremendous value for individuals and HUFs.

- In the event of capital gains arising on sale of a long-term capital asset, being a residential property, the seller can utilise the net consideration for subscription in the equity shares of an eligible startup.

- The benefit of this provision has now been extended when the residential property is transferred on or before March 31, 2022.

From a business restructuring perpective, this Budget rationalised several provisions and overturned some settled legal positions which were in favour of the taxpayers. India Inc will have to take these measures in their stride.