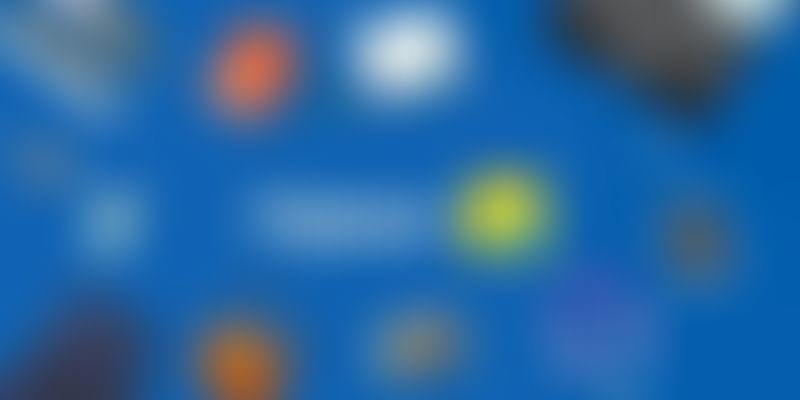 YourStory presents this daily roundup of the latest startup news and updates from the Indian startup ecosystem and beyond. Here's the roundup for Tuesday, March 2, 2021.

Ecommerce marketplace Flipkart has announced the expansion of its grocery delivery service to more than 50 cities across the country. The demand for online delivery of grocery is projected to rise, especially as the country is still struggling to contain the COVID-19 pandemic. The expansion would make its service available in seven metro cities and over 40 neighbouring cities.

Apna.co raises $12.5M in a round led by Sequoia India and Greenoaks

Vertical professional networking platform Apna has raised an additional $12.5 million in a round led by Sequoia Capital India and Greenoaks Capital. The round also saw participation from Lightspeed India and Rocketship.vc, bringing Apna's total fundraise to $20 million in the last six months. The funds will be used to strengthen Apna's presence in existing cities, expand to new geographies, invest in exceptional talent, as well as build sophisticated engineering and product capabilities.

Mumbai-based drone startup ideaForge has raised Rs 15 crore from BlackSoil in a venture debt round. This announcement comes in right after IT services major Infosys announced its investment of $1 million in the company. According to the official statement, the company will utilise these funds to meet its working capital requirements for servicing its large order book.

Clairco, a Bengaluru-based cleantech startup, on Tuesday announced that it has raised Rs 4.2 crore in angel funding. The round was led by Sanjiv Bajaj (Jt Chairman and Managing Director, Bajaj Capital) at Anicut Angel Fund. The fresh infusion of funds will be used for product development, growth, and hiring. Investors like Max Group and Angel List also participated in the round.

Flipkart has announced the induction of a new management executive and changes in the operating structure of few departments. Hemang Badri, a former global executive with Unilever, has been appointed as senior vice president for Flipkart’s supply chain operations. Following this induction, the company also announced that Amitesh Jha, who previously headed the supply chains of Flipkart and Myntra, taking up a new role.

Chennai-based digital debt platform Northern Arc on Tuesday announced it has received $50 million in debt financing from US International Development Finance Corporation (DFC). The funds will be deployed for on-lending to financial institutions, as well as lending directly to retail customers through the co-lending product and to mid-market corporates.

Starlink, a high-speed internet service led by Tesla and SpaceX CEO Elon Musk, is now available in India for pre-booking. The service will start functioning in the country from 2022 through SpaceX satellites that will be launched in orbit. The company currently promises speeds between 50 Mbps and 150 Mbps.

COVID vaccine supplies from India have landed in at least six African nations, and millions of doses are committed for UN health workers and peacekeepers on a grant basis, a top official said on Monday. Countries, including Seychelles, Mauritius, Algeria, Morocco, Egypt, and South Africa, have received Made in India COVID-19 vaccines.

Google has updated its productivity platform Google Workspace to meet the challenges of an ever-developing work environment. The new tools and features will allow users to make the most of their time while collaborating easily and producing maximum impact wherever they are. The features will optimise flexibility, enabling on-site and remote workers to focus and build deeper connections with each other regardless of location.

Prime Minister Narendra Modi taking the first dose of the COVID-19 vaccine would go a long way in building confidence among Indians in the ongoing nationwide vaccination programme against the coronavirus pandemic, vaccine major Bharat Biotech said on Monday.

The Karnataka state government launched its Engineering R&D (ER&D) Policy 2021, a first-of-its-kind state-level policy to foster innovation and address the evolving needs of the changing global tech landscape. While addressing the audience, Ashwathnarayan C. N, Deputy Chief Minister of Karnataka said that the policy is aimed at enabling the state to contribute about 45 percent of India's engineering R&D economy.

Forty Indians entered the billionaires' club in the pandemic-stricken 2020 to take the number of those in the coveted list to 177 people, a report said on Tuesday. Reliance Industries Chairman Mukesh Ambani continued to be the wealthiest Indian, with a net worth of $83 billion. He witnessed a 24 percent jump in fortunes and climbed up one spot to be the eighth richest globally, as per the Hurun Global Rich List.

Instagram on Monday announced that it is expanding its real-time broadcasting service with support for up to three guests in a live stream. The Facebook-owned company had previously allowed only one guest at a time during a live session. Interestingly, Instagram first tested this feature in India and Indonesia last year.

Fintech giant PhonePe on Tuesday said it had recorded over 1.07 billion total transactions in the month of February, across UPI, cards, and wallets, helped by a rise in offline payments across lower-tier cities. The Bengaluru-based startup added it processed 970 million UPI transactions in February, continuing its steady rise over the last few months.

Social platform Qoohoo, which allows creators to build engaging communities, has raised seed funding of $800,000 from a consortium of investors. Co-founder Vimal Singh Rathore shared the funding announcement on a Twitter thread on Tuesday. According to the founders, a large part of the funding will be utilised to build its engineering and product team.

Digital entertainment company Hungama, along with Hindustan Talkies, a movie and digital content production house, has made a strategic investment of up to $500,000 in Indian Gaming League (IGL), a platform for competitive gaming that allows users to win exciting rewards in esports competitions.

Gender equality might have improved over the years, but India's working women still contend with the strongest gender bias across Asia Pacific (APAC) countries, says a report. According to the LinkedIn Opportunity Index 2021, more women in India have experienced the impact of gender on career development when compared to the APAC region.

Haryana-based convenience store startup AMPM, which aims to be India's answer to Japan’s 7-Eleven, on Tuesday announced that it has raised Rs 1.6 crore in funding through Agility Venture Partners, an angel investor platform.

Union Minister and senior BJP leader Ravi Shankar Prasad took the first dose of the anti-coronavirus vaccine in Patna on Tuesday, for which he paid Rs 250. All the Union Ministers have volunteered to pay the price fixed for the vaccine, Prasad said in a tweet on Tuesday. He also shared a picture of himself getting inoculated.

Telecom operator Bharti Airtel on Tuesday said it has acquired radiowaves worth Rs 18,699 crore in the latest spectrum auction. The telecom company has acquired 355.45 MHz spectrum across Sub GHz, mid-band, and 2300 MHz bands, giving it the "most formidable" spectrum holding in the country, Airtel said in a statement.

India's first auction of telecom spectrum in five years ended on Tuesday with Rs 77,814.80 crore of airwaves being bought, mostly by billionaire Mukesh Ambani's Reliance Jio. Over 2,250 MHz of spectrum that carry telecom signals in seven bands worth nearly Rs 4 lakh crore at the reserve or start price, was offered for bidding in the auction that began on Monday.