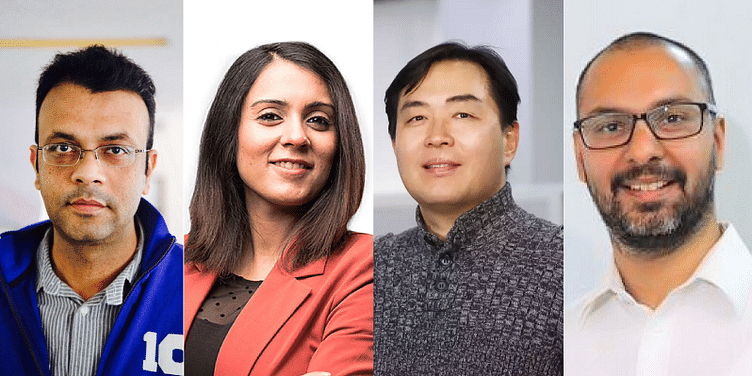 The minimum viable product (MVP) plays a vital role in understanding customer needs, and gives founders a sense of what a product can achieve with scale. Here are some key factors that founders and Chief Product Officers believe startups need to keep in mind while building their MVP.

Once a startup idea is in place, the next step for any founding team is to build the minimum viable product (MVP), and see if it has enough number of takers. An MVP is the base product with just enough features to be usable by early customers, on which products can be further developed.

Several startups and investors have spoken about the key factors that they have considered while building their MVP. Here are some of them:

Product-market fit is a lifelong journey

While an MVP helps understand if there is an actual product-market fit (PMF) for any product, Harsha Kumar, Partner, ﻿Lightspeed Venture Partners﻿, believes that PMF is a lifelong journey. Beginning her career at Persistent Systems, Harsha is known for her expertise in product building and product management. She says,

"PMF is a lifelong journey for a startup - you are constantly innovating, and you need to bring PMF at every stage. It is not a one-time thing. You are continuously evolving and building new things. Right from the early stages, you are looking at a real problem that needs to be solved.”

She also believes it is important to understand and expect that a product will evolve and change as it scales. It is important to keep an open mind to different possibilities, and be aware of the changing markets

Charlie Lee, the founder of ﻿True Balance﻿, a Seoul and Gurugram-headquartered fintech startup that disbursed loan products of Rs 1 billion in 2020 to the underbanked, financially uneducated, and under-credited people of India, believes an MVP has to follow a build-measure-learn process.

This, he adds, allows you to release a product that can be continually improved as you validate (or invalidate) assumptions, learn what users want, and build future iterations of your app that better serve your customers.

Deepak Abbot, Co-founder, Indiagold, and former Senior VP-Products, ﻿Paytm﻿, says, "The way we define startups is that they are either trying to disrupt an existing model or creating something new. Most of it is a four or five-year plan, and these things are vague, and that is true even for a unicorn like Paytm that is thinking four to five years ahead. The only way is to keep experimenting."

To achieve that, Deepak suggests you hire smart people who know what they’re doing, understand the target audience, understand the market, and take baby steps. These steps create something like a piece of code, a service, an app, a website – which build towards your goal. "It is the product person who will transform the vision of the business-person, techie, or the founder to something that the end-user can use,"

“When building an MVP, it is quintessential to have clarity on the problem at hand, and not deviate from core features,” says Santosh Desai, CTO, of Bengaluru-based logistics startup ﻿Blowhorn﻿.

As Deepak says, start with a basic service, understand customer psyche, and then hire and work on the complex steps of building the product. It is something that the founders of BeatO, Yash Sehgal and Gautam Chopra also prescribe.

The Delhi-based healthcare startup focussed on their hypothesis in the beginning, and made a simple app, where users could manually fill in their readings. As more customers started using the startup’s platform, several rich insights started to come in, many of which were built into the product. Gautam also emphasises that a product has to be ever evolving.

Focus on the core areas

New York-based product accelerator WeKan’s co-founder, Sathya Nellore Sampat, says, to begin with, the MVP should focus on the core areas that the startup wants to create an impact in.

The accelerator has a wealth of experience from backing multiple startups in the US and India, and advises founders to take certain steps to validate their ideas/features while building an MVP. Some easy tips include -

Sathya explains that users will always pay for products they use, but it is important to listen very carefully to customer needs. “Find the biggest pain point, and give customers a 10x better solution to it. If they like your offerings, they will pay for it as well.”