From image to damage – quotes, proverbs and cartoons on World Oceans Day 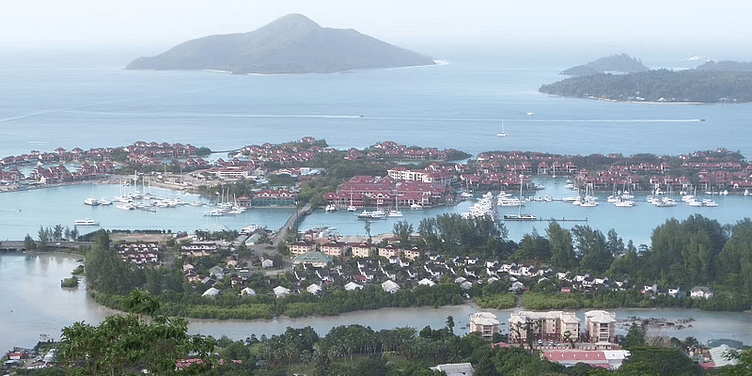 Drawn from around the world, here are provocative thoughts and images about the marvels of the oceans – and warnings that we must preserve this beauty forever.

World Oceans Day, held each year on June 8, was declared as an official occasion by the United Nations in 2008. The theme this year is Life and Livelihoods.

Earlier annual themes have been One Ocean, One Climate, One Future; Youth: the Next Wave for Change; Make a Promise; Together We Have the Power to Protect the Ocean; and Innovation for a Sustainable Ocean.

As symbols of vastness and the infinite – and even beauty and the unknown – the seas and oceans have always featured as figures of speech in literature and culture. Winds, beaches, waves, and tides have their own special place in hearts and arts.

Unfortunately, rash overdevelopment has led to environmental damage, ranging from plastic pollution to overfishing in the seas. Experts caution that 90 percent of big fish populations have been depleted and 50 percent of coral reefs destroyed. More balance is needed in the ‘Blue Economy’ and more acceleration in the ‘Green Economy.’

Cutting across ages and cultures, the quotes and proverbs in this compilation remind us of the beauty of the seas and oceans, and the crucial role of aquatic balance in the future of the human race. We also feature cartoons from our earlier PhotoSparks essay on the Indian Cartoon Gallery.

So what are you doing today to make our seas and oceans a better place?

A man with little learning is like the frog who thinks its pond is an ocean. - Myanmarese proverb

Follow the river and you will find the sea. - French Proverb

He who wants pearls has to dive into the sea. - Kurdish proverb

If you fear being tossed by waves, do not build your home near the ocean shore. - Malay proverb

Known is a drop, unknown is an ocean. - Tamil proverb

The eyes that have seen the ocean cannot be satisfied by a mere lagoon. - African proverb

There are finer fish in the sea than have ever been caught. - Irish Proverb

There is a deep sea between saying and doing. - Italian proverb

When the sea is calm, every ship has a good captain. - Swedish proverb

You can’t complain about the sea if you are shipwrecked for the second time. - Icelandic proverb

You can't cross the sea merely by standing and staring at the water. - Rabindranath Tagore

You must not lose faith in humanity. Humanity is an ocean; if a few drops of the ocean are dirty, the ocean does not become dirty. - Mahatma Gandhi

Unlike a drop of water which loses its identity when it joins the ocean, man does not lose his being in the society in which he lives. Man's life is independent. - B.R. Ambedkar

We ourselves feel that what we are doing is just a drop in the ocean. But the ocean would be less because of that missing drop. - Mother Teresa

You are not a drop in the ocean. You are the entire ocean in a drop. - Rumi

There must be something strangely sacred in salt. It is in our tears and in the sea. - Kahlil Gibran

A beach is not only a sweep of sand, but shells of sea creatures, the sea glass, the seaweed, the incongruous objects washed up by the ocean. - Henry Grunwald

A sailor is an artist whose medium is the wind. - Webb Chiles

Asking is the beginning of receiving. Make sure you don't go to the ocean with a teaspoon. At least take a bucket so the kids won't laugh at you. - Jim Rohn

At night, when the sky is full of stars and the sea is still you get the wonderful sensation that you are floating in space. - Natalie Wood

At sea, I learned how little a person needs, not how much. - Robin Lee Graham

Because there’s nothing more beautiful than the way the ocean refuses to stop kissing the shoreline, no matter how many times it’s sent away. - Sarah Kay

But where, after all, would be the poetry of the sea were there no wild waves? - Joshua Slocum

Dance with the waves, move with the sea. Let the rhythm of the water set your soul free. - Christy Ann Martine

Either you decide to stay in the shallow end of the pool or you go out in the ocean. - Christopher Reeve

Faith is knowing there is an ocean because you have seen a brook. - William Arthur Ward

Family is a life jacket in the stormy sea of life. - J.K. Rowling

Great sea captains are made in rough waters and deep seas. - Kathryn Kuhlman

How inappropriate to call this planet Earth when it is clearly Ocean. - Arthur C. Clarke

Ideals are like the stars: we never reach them, but like the mariners of the sea, we chart our course by them. - Carl Schurz

If your ship doesn’t come in, swim out to it. - Jonathan Winters

In still moments by the sea life seems large-drawn and simple. It is there we can see into ourselves. - Rolf Edberg

Individually we are one drop. Together we are an ocean. - Ryunosuke Satoro

Limitless and immortal, the waters are the beginning and end of all things on earth. - Heinrich Zimmer

Looking out over the ocean you can see reflections of God. - Catherine Pulsifer

Man cannot discover new oceans unless he has the courage to lose sight of the shore. - Andre Gide

No one would have crossed the ocean if he could have gotten off the ship in the storm. - Charles Kettering

No water, no life. No blue, no green. - Sylvia Earle

Ocean is more ancient than the mountains, and freighted with the memories and the dreams of Time. - H. P. Lovecraft

One drop of water helps to swell the ocean, none are too small, too feeble, too poor to be of service. Think of this and act. - Hannah More

Our own greed and stupidity are taking away the beautiful world of Arctic Ocean sea ice, which once protected us from the impacts of climatic extremes. Now urgent action is needed if we are to save ourselves from the consequences. - Peter Wadhams

Ships are safe in harbor, but that’s not what ships are for. So set sail on the stormy sea of love. You’re going to get soaked at times, but at least you’ll know you’re alive. - Dan Millman

Smell the sea and feel the sky. Let your soul and spirit fly. - Van Morrison

Storms draw something out of us that calm seas don’t. - Bill Hybels

That the sea is one of the most beautiful and magnificent sights in Nature, all admit. - John Joly

The beauty and mystery of the ocean, fills our lives with wonders, vast beyond our imagination. - ML Borges

The human desire to obtain more is a sieve that can never be filled with all the water from the world’s oceans. - Will Bowen

The human heart is like a ship on a stormy sea driven about by winds blowing from all four corners of heaven. - Martin Luther King

The ocean is a central image. It is the symbolism of a great journey. - Enya

The ocean stirs the heart, inspires the imagination and brings eternal joy to the soul. - Robert Wyland

The pessimist complains about the wind; the optimist expects it to change; the realist adjusts the sails. - William Arthur Ward

The sea is an underwater museum still awaiting its visitors. - Phillip Diole

The sea is as near as we come to another world. - Anne Stevenson

The sea lives in every one of us. - Robert Wyland

The sea, once it casts its spell, holds one in its net of wonder forever. - Jacques Yves Cousteau

The sea, the great unifier, is man’s only hope. Now, as never before, the old phrase has a literal meaning: we are all in the same boat. - Jacques Yves Cousteau

There are some things you learn best in calm, and some in storm. - Willa Cather

Time and tide wait for no man. - Saint Marher

Treasures of the sea can be found at the beach. Let go and discover! - Catherine Pulsifer

We are all in the same boat, in a stormy sea, and we owe each other a terrible loyalty. - Gilbert K. Chesterton

We are like islands in the sea, separate on the surface but connected in the deep. - William James

We must free ourselves of the hope that the sea will ever rest. We must learn to sail in high winds. - Aristotle Onassis

Why do we love the sea? It is because it has some potent power to make us think things we like to think. - Robert Henri

With every drop of water you drink, every breath you take, you’re connected to the sea. No matter where on Earth you live. - Sylvia Earle

Without the will or desire to achieve one is like flotsam on the oceans of time. - Steven Redhead

You can’t stop the waves, but you can learn to surf. - Jon Kabat-Zan

Your thoughts, feelings and sensations are the waves of the ocean - coming and going. There are big strong waves and there are soft gentle waves; they are all water and all part of the ocean. - Rose-Marie Sorokin