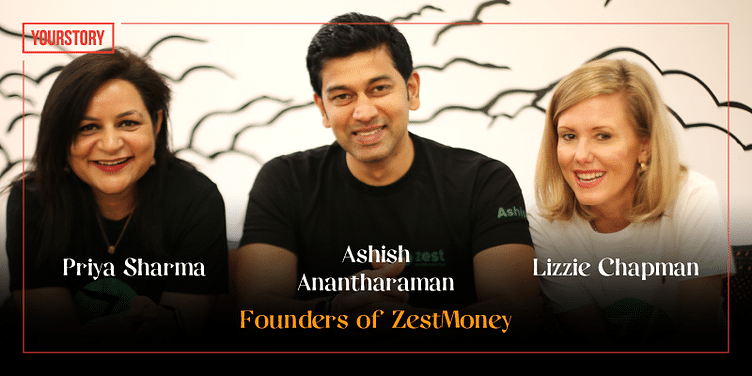 YourStory presents this daily roundup of the latest startup news and updates from the Indian startup ecosystem and beyond. Here's the roundup for Wednesday, September 22, 2021.

E-procurement solution provider ﻿Hybrent﻿ has announced that it is combining with Procurement Partners, a provider of procure-to-pay (P2P) solutions for post-acute care and senior living communities. The combination of the two companies yields one of the largest procure-to-pay organisations in healthcare.

Buy now, pay later platform ﻿ZestMoney﻿has raised $50 million Series C funding from global Buy Now, Pay Later provider Zip Co Limited. This is part of a larger Series C fundraise, which will see participation from existing investors. Zip will acquire a minority shareholding in the company and a board seat as part of the investment.

Learning and community platform ﻿FrontRow﻿ has announced that it has raised $14 million in Series A round led by Eight Roads Ventures and GSV, with participation from existing investors Lightspeed and Elevation Capital. The round also saw participation from angels such as Vishal Dhadlani, Raftaar, Kunal Shah, Gaurav Munjal, Farid Ahsan, and multiple leaders across the startup and entertainment world.

A number of sellers on Amazon India's marketplace are planning to launch new products and invest on seasonal hiring to meet the increase in demand during the upcoming festive season, a study by the ecommerce platform said on Tuesday.

Amazon India shared findings of a study it commissioned (conducted by Nielsen) to understand the expectations of small and medium businesses (SMBs) selling on its marketplace from the upcoming festive season.

Bengaluru-based fintech startup ﻿HappyCredit﻿, an instant cashback rewards application, has raised Rs 5 crore in a pre-seed round to accelerate its growth.

Healthcare AI startup, ﻿Endimension﻿, incubated at IIT Bombay in 2018, has raised Rs 2.3 crore in a seed round from Inflection Point Ventures, an angel investment platform. The funds raised will be utilised to acquire talent for new product development, R&D and for boosting the sales team to fuel further growth.

Launched in July 2020 by Balkrishna Singh and Harvinderjit Singh Bhatia, Frenzi is the gateway to the OTT world, providing a blend of recommendations based on one's social circles and layered with tech capabilities built on an AI/ML foundation.

Pentathlon Ventures﻿, an early-stage B2B SaaS focused VC firm on Wednesday announced final close of its first Fund, which has secured investments totalling Rs 76 crore. The Fund has been oversubscribed.

According to an official statement, Pentathlon plans to invest in 20+ B2B SaaS startups in a year and make investments between Rs 75 lakh and Rs 3 crore on an average.

BeepKart, a Bengaluru-based full-stack online retailer of used two-wheelers, has announced that it has raised a $3 million seed round led by Stellaris Venture Partners and Chiratae Ventures.

Google is planning to buy St. John's Terminal in New York City for $2.1 billion, making it the anchor of its Hudson Square campus. The announcement arrives with the city buffeted by the COVID-19 pandemic and most offices still largely unpopulated.

Leading EV charging infrastructure player EVRE on Tuesday said it has joined hands with smart parking solutions brand Park+ to set up 10,000 charging stations across the country over the next two years.

The long-term partnership will include collaboration in acquiring spaces for setting up smart charging and parking hubs for logistics and people mobility segments.

Determined by the actions of more than 76 million professionals in India on the platform, the annual LinkedIn Top Startups list reveals 25 young emerging companies, where India wants to work now.

Through the 'Flipkart Xtra' app on Google Play Store, Flipkart will provide a simple and seamless onboarding experience to interested individuals.

SaaS startup Lio raised $5 million in a seed round led by ﻿Lightspeed India Partners﻿ and ﻿Sequoia Capital India﻿, according to a release shared by the company.

The firm plans on using the funds to hire more engineers and increase users on its mobile app. Currently, the app claims to have over one million downloads and has also launched in Indonesia. The platform also operates in 10 Indian languages as it has 45 percent non-English speaking user base.

Flipkart to host the Big Billion Days from October 7-12

Walmart-owned ﻿Flipkart﻿ said it will host the eighth edition of its flagship event, The Big Billion Days (TBBD), from October 7-12 this year.