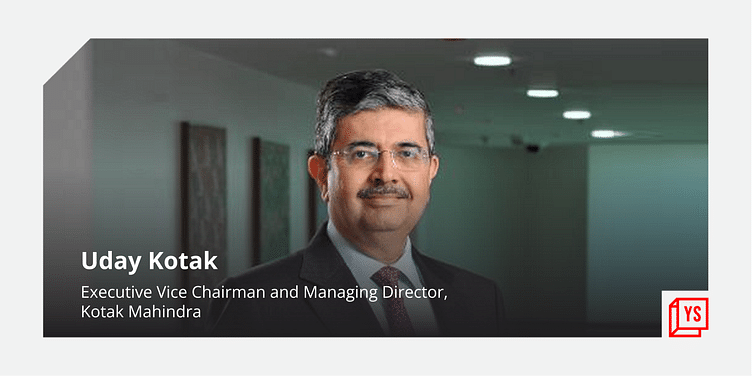 The startup world should be preparing itself for a time when interest rates go up and investors’ expectations of returns change, said Uday Kotak of Kotak Mahindra Bank at the ongoing Institutional Investor Advisory Services’s (IiAS) conference.

The startup world should be preparing itself for a time when interest rates go up and investors’ expectations of returns change, said Uday Kotak,  Executive Vice Chairman and Managing Director of Kotak Mahindra Bank. Interest rates around the world have been close to zero for the last couple of years and investors have turned to equities hoping for better returns, he added.

Speaking at the ongoing virtual Institutional Investor Advisory Services’s (IiAS) conference on ‘The Start-up Boardroom: Building for the Future’, Uday said, “Cinderella times will not last forever. We are not very far away from the clock striking midnight.”

At some point of time, if rates really rise significantly, then debt becomes a more serious option for institutional investors as well, he added.

'If what you create doesn’t outlive you, then you have failed': Top quotes by Uday Kotak

Talking about corporate governance, Uday emphasised on the essence of substance and spirit in following regulations rather than form. “In recent times, many companies have not adhered to the substance of governance.”

This has caused an excess of rules and regulations, to the extent that a public listed company, or regulated entity in particular, has such a huge overbearing load of compliance and regulation, that it leads to a risk of losing opportunity in the marketplace, he noted.

“We need to find a proper balance between ticking the box of regulations vs the substance of the regulation,” he added.  “We have to be clear that the approach should not be robotic– one size fits all– and especially as enterprise grows, regulations should have the flexibility of adjusting itself to the realities of the facts of the case rather than rule based regulation.”

Talking about the financial services sector, he advised fintech startups to be cautious about being fast and loose with regulations compared to the traditional players.

To change or not to change

For the traditional players, it is crucial to find a balance between what to change and what not to change, which is a constant battle for them.

Talking about Kotak Mahindra bank, things like belief and trust, doing the right thing, not cheating minority shareholders or customers or employees are characteristics that should not change, he said.

“In the area of customer technology and talent, change has to be done at speed. The turnaround times in today's world have to be much faster,” he said.

“We cannot hide ourselves under the cover of being a large firm. The firm has to transform by creating many internal startup firms within the firm, to be able to reach out to customers, and therefore being competitive,” he added.

Enterprises should not sit under the cover of being a regulated entity and therefore, not being responsive to the customers and the marketplace, Uday said.

“I am exhilarated by the startup world's growth and opportunity in transforming India and transforming the world,” Uday said. He advised startups to be aggressive and experiment, but within the confines of law, and focus on building sustainable startups.

“In terms of coming to the markets, and raising capital, I would strongly advise that (startups) have a thorough health checkup of their firm in every way,” Uday said.

He emphasised on  getting an independent governance expert, an investment banker, or a lawyer, to do a thorough top to bottom check of how ready startups are for public markets to prevent immature launches and risk of accidents along the way.