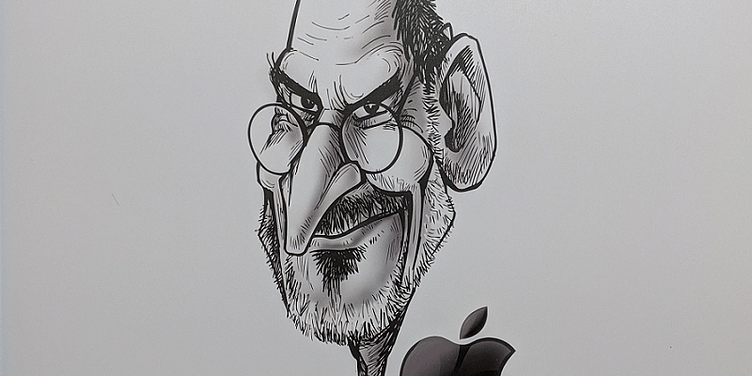 The Indian Cartoon Gallery (ICG) in Bengaluru recently hosted the Cartoon Festival 2022. See Part I of our coverage here, and our earlier photo essays on the gallery’s exhibitions from 2015 onwards.

Organised by a team led by VG Narendra, Managing Trustee of the Indian Institute of Cartoonists (IIC), it featured over 40 large caricatures drawn by 21 cartoonists in Karnataka.

The featured cartoonists included Nanjunda Swamy, who practiced traditional and commercial art in Shivamogga before moving to Bengaluru. See my earlier photo essay and artist interview.

“The festival was really a great experience as normally we find solo cartoon or caricature exhibitions. But featuring caricatures of 21 cartoonists, and that too in big sizes, was excellent,” explains Triambak Sharma, Editor of Cartoon Watch, in a chat with YourStory.

“The Indian Cartoon Gallery in Bengaluru is now world famous and it is the only one of its kind to preserve and showcase cartoon works of different cartoonists. I would like to thank Mr. VG Narendra and his team for this innovative vision,” he adds.

The exhibition was widely covered in the media. “I thank YourStory for taking cartooning seriously and publishing this two-part article on the festival,” he says.

“I think cartoonists are lazy and humorous fellows because they use a good shortcut through cartoons to say what they want, instead of writing a full page story. And I am lazy enough,” Triambak jokes.

He classifies caricature styles into two types. “One is simply portraying a cartoon face of a person. The second is a combination of cartoon and caricature – it also depicts what that person is known for,” he explains.

“For example, we can simply draw Dr Abdul Kalam, or with a rocket in his hand. Each cartoonist develops his or her own unique style, or may be inspired by some other cartoonist's style,” Triambak describes.

Caricatures attract people because even after altering the face, it still looks like the person. “That is the beauty of caricature,” he says.

Triambak is a cartoonist himself, and was attracted towards cartoons right from childhood. “I was not aware that one day I too will become a cartoonist,” he recalls.

At the age of 22-23, he joined the marketing department of a newspaper. “One of our clients requested us to start a cartoon column so that he could publish his advertisement daily under that column,” Triambak says.

Though he had explored creative writing forms like poems and articles, Triambak had not tried cartoons as yet. “That request was the turning point, when I decided to draw a daily political cartoon column for the newspaper to grab that deal,” he enthuses.

“Destiny turned my whole energy towards the cartoon field. I was already attracted to cartoons because they explain the entire story in just one frame with one or two sentences,” he describes.

Triambak’s magazine has now completed 25 years in its publication journey. “It has been a long journey, and we have featured all the prominent cartoonists of India. We have felicitated many cartoonists across India with the Life Time Achievement Award of Cartoon Watch,” Triambak proudly explains.

He and his team have already launched YouTube videos on veteran cartoonists, hosted cartoon festivals in different parts of India, and organised national-level cartoon competitions.

“Now we want to make it worldwide. We would like to organise cartoon festivals in different countries. We are waiting for the coronavirus to vanish,” Triambak says.

Triambak requests audiences to love cartoons and cartoonists. “If you hear of any cartoon exhibition nearby, spare time for it. Bring some friends and relatives to introduce them to or connect with this humorous effort,” Triambak urges.

“Some observers say cartooning is a dying art. We need a special drive like Save Tigers – Save Cartoonists,” he adds.

He cautions aspiring cartoonists that it is very difficult to survive only on cartooning. “Start off with cartooning as a hobby. If you are good enough, you will certainly find a full time job,” he advises.

“If budding cartoonists are dedicated enough, they can also learn graphics and animation as they are an extended form of cartooning,” Triambak signs off.

Now, what have you done today to pause in your busy schedule and find new avenues to explore your creative core?