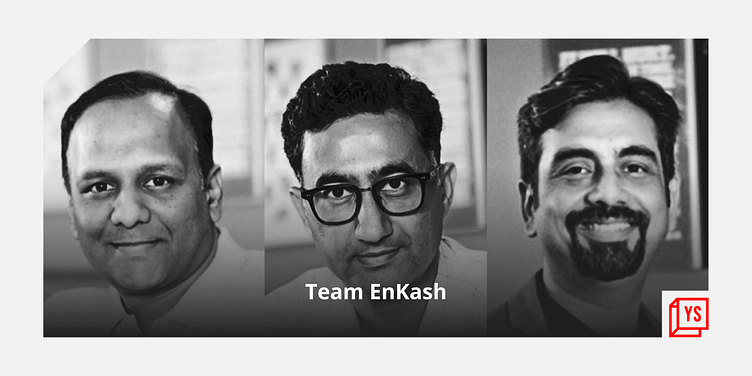 Founded 2018 by Yadvendra Tyagi, Hemant Vishnoi, and Naveen Bindal, EnKash brings together all the problems ventures and businesses face when it comes to managing their finances and uses a centralised platform to solve them.

Fintech startup ﻿Enkash﻿ has raised $20 million in a Series B round led by Ascent Capital, Baring India, and Singapore-based White Ventures.

Existing investors Mayfield India and Axilor Ventures also invested in the round, the startup said.

Founded in 2018 by Yadvendra Tyagi, Hemant Vishnoi, and Naveen Bindal, EnKash helps businesses manage their finances on one central platform. It enables businesses to manage their payables/receivables and expenses, as well as issue corporate cards to employees.

"We intend to cut short the cycles of manual work and processes while offering products and services in a completely DIY mode on our platform. The customer should not be hassled with multiple platforms, banking portals and manual coordination to get the right product," said Naveen Bindal, Co-founder of EnKash.

The startup told YourStory earlier that it had grown 150 percent, month-on-month in the previous financial year.

Initially bootstrapped with Rs 25 lakh, EnKash raised $3 million in its Series A from Mayfield India and Axilor Ventures.

"In India, EnKash has stepped up to democratise access to the best-in-class software and payments. We believe that EnKash is poised to continue leading this growing $500 billion-plus market...," said Subhasis Majumder, partner at Ascent Capital.

The startup says it had processed annualised spends worth around $2 billion on its platform at present, and caters to 70,000 businesses. It has issued 500,000+ cards.

Hemant, EnKash's Co-founder, told YourStory that his ultimate goal is to have one out of three corporate cards running with EnKash over the next five years, as well as cover both ends of the B2B and B2C offerings.

Its competitors include players such as Brex, ExpenseAnywhere, Centage, Divvy, Ramp, and Spendesk, among others.