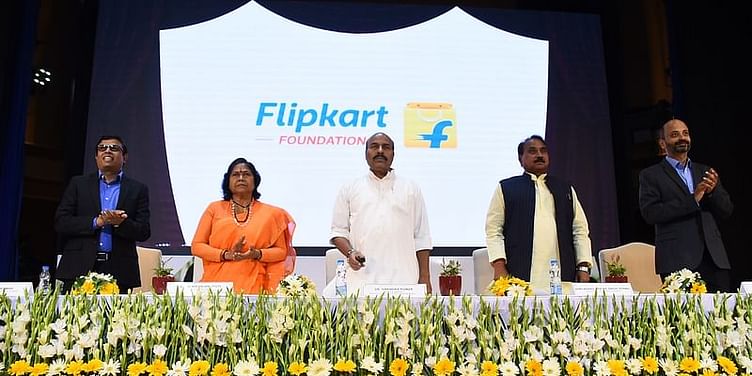 YourStory presents daily news roundups from the Indian startup ecosystem and beyond. Here's the roundup for Monday, April 4, 2022.

The Flipkart Group on Monday announced the launch of Flipkart Foundation, citing its aim to enable inclusive growth by creating direct and indirect employment opportunities for the underprivileged population at the grassroots level. The foundation hopes to impact 20 million lives in the next decade.

The foundation plans collaborate with stakeholders across the government, NGOs and community leaders to offer market access to the underrepresented sections of the society, skill and community development as well as environmental responsibility.

Minister Virendra Kumar said, “While India is full of opportunities, there is a need to drive equitable growth. To help drive this, it is important for businesses to offer support to underprivileged sections of society to make them a part of the country’s growth story.”

Footballer Bhaichung Bhutia and others invest in Gangtok-based social commerce

Baichung said, “I am excited about Rewaj and his team and was drawn in by the larger vision they shared about NE Origins and the role it could play in the Indian ecosystem. As a longstanding public representative of the North East on the national and international stage, I believe that Rewaj’s venture can help to mainstream our heritage, culture, and history through his commitment to thoughtful community commerce.”

This ensures Zaggle’s users access to all the mutual funds available on the Moneyfy platform that allow beginners to invest as low as Rs 100.

The fintech company aims to boost accessibility further through options such as insurance, loans, fixed deposits, NPS among other things.

Raj N, Founder and Chairman, Zaggle reiterated, “We are excited to join hands with Tata Capital and thereby expand our offerings with the introduction of investment products. With Moneyfy, our users will now get access to best-in-class investment products which will help in their journey of wealth creation.”

Indian startup ecosystem closed FY22 with funding of $38.3B across 1,633 deals

The programme will be conducted at Atal Incubation Centre (AIC), and Goa Institute of Management (GIM), starting on April 15 this year.

Commenting on the program, Rajesh Joshi, CEO, Atal Incubation Centre, GIM, said, “The blockchain accelerator programme in Goa will provide developers with infrastructure and technical skills and catalyse the establishment of a best-in-class and holistic training ecosystem.”

The long-term vision, he added, is to provide an impetus to the state economy and job creation.

Aritra Sarkhel, Director of Public Policy and Government Affairs at WazirX said, “The objective is to make Goa a model state when it comes to anything blockchain. We want to offer world-class training, equipment, and market access to our country’s talent so that they can make in India and provide innovative solutions globally.”

DailyObjects on a hiring spree to strengthen leadership

The move is to expand its presence in global markets as it continues to hire more in the coming months, the company said in its release.

Pankaj Garg, co-founder and CEO of DailyObjects said, “To build a successful brand and company, people and right structures are very important, and keeping this in mind, we are taking proactive steps to build a great team and organization at DailyObjects.”

Agrizy, an agritech startup, has raised $4 million from Ankur Capital in a seed round, according to a release shared by the firm.

Agrizy was founded in September 2021 by Vicky Dodani and Saket Chirania. The firm is a tech-firm platform, which connects the buyers with the manufacturers of non-perishable farm products across food and non-food categories.

The firm will use the funding to develop their product further and accelerate business activities.