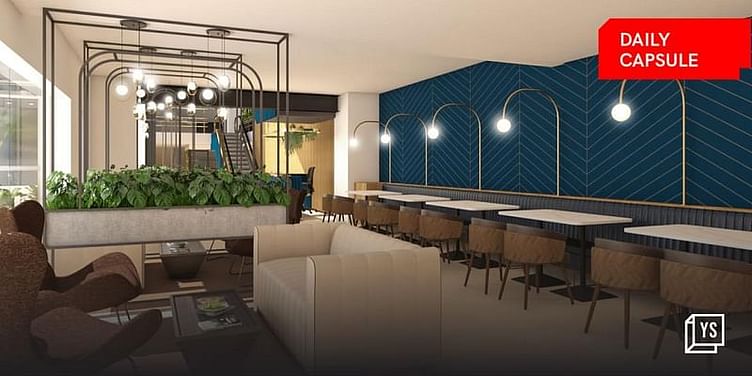 The demand for flexible spaces is gaining momentum in Tier II and III cities as organisations look to optimise costs, be closer to employees, and retain talent with flexible work options.

If you're a ﻿Zerodha﻿ employee, chances are you'd be reading this at the gym.

CEO Nithin Kamath announced a new fitness challenge for staff members for a prize money of...well...Rs 10 lakh! This isn't the first time the company has announced a fitness initiative for its employees. In April, it offered half a month's pay as a bonus for maintaining a BMI under 25.

Meanwhile, swimming against the current in the jobs market, Salesforce India will be increasing its headcount by 33% as it plans to add 2,500 more employees to its BFSI, manufacturing, and social services.

Here’s your trivia for today: What is the most commonly-used letter of the English alphabet?

It's back to work in the post-pandemic world—not just for employees but also for flexi space operators as several companies are realising the need to provide hybrid work options to employees.

Workspace providers are now looking beyond metros ramping up their services in Tier II cities such as Ahmedabad, Indore, Jaipur, Kochi, Bhubaneswar, Chandigarh, and Lucknow.

Moving out of metros:

Noticing that there was no transparency or proof of history in the traditional art world, Asif Kamal founded ﻿Artfi﻿﻿, a Web3 company looking to democratise art through Non-Fungible Tokens (NFTs).

Artfi plans to tokenise physical artwork and then break it down into pieces (fractionalising)—all of which can be owned by anyone, anywhere in the world in the form of NFTs.

Travelling with luggage is not just cumbersome for flyers, but is also a major reason behind flight delays.

﻿CarterX﻿ is a tech-enabled baggage assistance startup that offers an array of services for passengers such as assistance at the airport and pick-and-drop baggage services from the doorstep to the airport or vice versa.

What is the most commonly-used letter of the English alphabet?