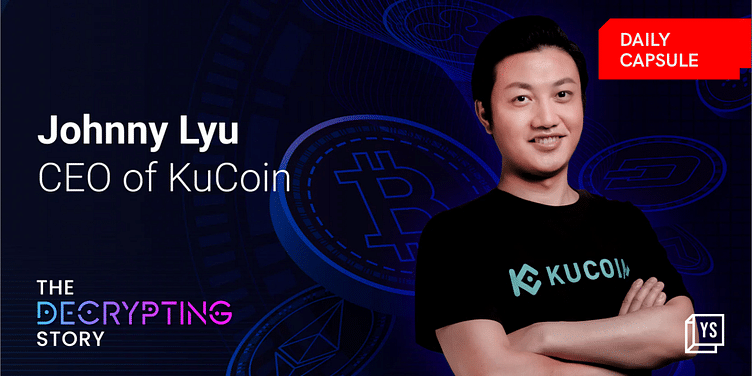 KuCoin considers Southeast Asia, particularly India, as a key market. Over 5.6 million new users hail from the country and the crypto exchange launched a $50-million support plan to aid the development of the Indian blockchain industry.

In the midst of a funding winter, Quona Capital, a venture capital firm that invests in emerging markets, has upped its bets in the fintech sector. On Tuesday, the firm said it has closed a $332 million fund to continue investing in startups that accelerate financial inclusion in markets such as India, Latin America, Southeast Asia, Africa, and the Middle East and North Africa (MENA) region.

Quona Capital has invested in over 17 startups in India, including ﻿IndiaMart﻿, ﻿ZestMoney﻿, and ﻿Fisdom﻿.

In other news, The Indian Space Research Organisation is set to test a made-in-India reusable launch vehicle. The first runway landing experiment of Reusable Launch Vehicle - Technology Demonstrator (RLV-TD) will be conducted from the aeronautical test range in Karnataka's Chitradurga district

Also ready to takeoff is YourStory’s flagship startup-tech event, TechSparks, which features the who’s-who of the startup ecosystem. Click here to find out more.

Here’s your trivia for today: Which video game franchise has collectively sold the most copies?

KuCoin considers Southeast Asia, particularly India, as a key market. Over 5.6 million new users hail from the country and the crypto exchange launched a $50-million support plan to aid the development of the Indian blockchain industry.

SaaS company Zoho Corporation announced that it has surpassed $1 billion in revenue on the back of the Indian market.

Now, it is planning to open 100 network PoPs (point of presence) for providing users with a faster network. It also wants to double its investments in technologies such as blockchain and AI.

The effects of climate change are for all to see. Children are the most vulnerable to environmental degradation, especially air pollution, as that can lead to stunted growth, heart disease, diabetes etc.

A bunch of concerned mothers connected through various networks and social media platforms decided to do something about the issue, forming the Warrior Moms in 2020.

Which video game franchise has collectively sold the most copies?

Answer: Mario. The Mario franchise has sold over 689 million copies, with 'Super Mario' titles making up 362 million of the total.