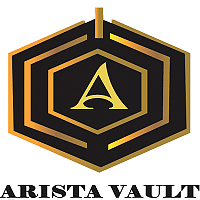 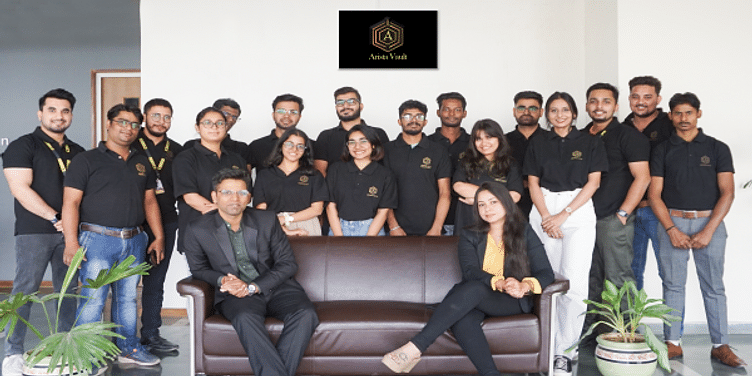 Arista Vault is a smart tech company offering products in the smart luggage category. They recently raised a round of funding from Germany-based MainStage Angel Network and UK-based Pontaq VC.

It was a crisp winter evening in October 2017 when Purvi Roy, an ace designer who studied at Nuova Accademia di Belle Arti in Milan, presented her high fashion fall winter collection - Warriors Alley- at India Runway Week. The collection was powerful and the show was a great success. At the after-party, she crossed paths with Colonel Krishan Kumar Singh and finance expert Atul Gupta.

After a brief conversation with Purvi, the Colonel suggested that maybe it was time for her to do something for the regular masses which would serve a larger purpose. They began brainstorming and after much deliberation, hard work, and perseverance ﻿Arista Vault﻿ was born.

Arista Vault is an innovative tech company creating concept-based products to make human life easy, simple, and safe. The company is headquartered in Delhi with offices in Gurugram, Bengaluru, Kolkata and Goa. One of their first offerings was a smart wallet with inbuilt anti-theft and anti-loss features, that would keep your most valuable belongings safe and protected while travelling.

“Arista is a Sanskrit word that means ‘unhurt’ or safest, and vault is a safe. We particularly chose a Sanskrit word for the name because while we go global it will always depict the roots which are Indian; so Arista Vault is a proud Made in India brand,” reveals Purvi.

As a D2C brand, it is also India’s first smart luggage company having filed six patents with one of them being an internationally published patent. The company is the perfect amalgamation of indigenous technology and in-house design that attempts to make customers feel the luxury as well as the safety of carrying a smart wallet.

Backed by Purvi’s years of knowledge and experience as a designer, the wallet while being the best at technology also has the slimmest silhouette which gives it a very luxurious look, making it a great gifting product. Purvi always wanted to make sure that the aesthetics of the product felt opulent, hence it has a jewel packaging with a matte-finished box.

The logo which is a power button inside a hexagon has a touch of gold to it, symbolic of a sense of pride and luxury. So you have a plush feeling when you own an Arista Vault smart wallet along with complete security of your wallet and its belongings.

If you had a penny for every time your heart skipped a beat while you frantically searched your pockets thinking you had lost your wallet, you’d probably beat Elon Musk’s wealth!

While that is a far-fetched reality, safeguarding your wallet is not. Arista’s Smart Wallet, with its many features, offers customers the relief to travel hassle-free even in crowded areas like trains and buses. The wallet has a power button which when pressed activates its features.

Its main USP is the anti-loss and anti-theft features. It comes with an abundance of technologies such as an anti-theft alarm, built-in power bank, two-way tracker, remote selfie feature, RFID protection. The wallet also has a 20-meter separation alarm with two-way connectivity to your mobile phone. This way the phone can ring the wallet and vice versa. This feature especially comes in handy if your phone is either lost or stolen.

To enable such a high level of technology in a product as simple as a wallet would mean a dedicated amount of research and development.

“We are backed by the Ministry of Electronics and Information Technology and were incubated at the Electropreneur park. Currently, we are incubated at IIITD-IC. We work in two world-class labs - Power lab and Fab Lab, which have state-of-the-art technology where the design, research, and technology integration are done. We also have a dedicated tannery and product design manufacturing unit where the integration of technology is done into the product after three layers of quality control,” Purvi says.

Along with technology and design, the co-founders were clear on maintaining the highest level of safety for the smart wallets. Hence all wallets are ISO certified with their privacy policy in compliance with the IT Act of the Government. As of the last quarter of this year, 6,000 smart wallets were sold amounting to Rs 2.6 crore.

It’s the trailblazing technology that makes the smart wallets of Arista Vault stand out. But this technology was not easy to develop. Purvi says that it took over a year of R&D to develop a prototype finally, but by this time all the seed fund had been exhausted.

“We knew we had a great product but for further research, innovation and product marketing more capital was needed. So all the three founders decided to put their savings and I supported the company with the earnings of my fashion venture that had initially incubated Arista Vault,” Purvi adds.

The company ran a pilot of their wallets on Amazon Launchpad and those were all sold out within three days. They used all the feedback received to further improve the product. The turning point in their entrepreneurial journey came in 2019 when the company got funding and support from the Ministry of Electronics & Information Technology under Electronics System Design & Manufacturing (ESDM), with Software Technology Parks of India (STPI) & Electropreneur Park.

Using this support, Arista Vault was able to scale their venture sustainably to build world-class smart wallets that eventually got them recognition from Amazon with the Viewer’s Choice award as an Emerging Brand in 2019. In 2021, the company received the prestigious Star award for Most Innovative Brand Year. They were also able to enter the international market by exporting their products to Germany, Chile, Dubai, and other gulf countries and finally to the USA.

This year the company achieved a major milestone in its journey when it became one of the few smart luggage brands in India to raise funding from Germany-based MainStage Angel Network and UK-based Pontaq VC.

Establishing itself in a new segment

Purvi says that while the funding was a great boost both financially and morally, the true journey of the company has begun now. The capital raised is being used to scale the business and establish itself as a market leader in a fairly new segment of smart luggage.

To do this, the company has grown its distribution model and channel partners to cover various cities across the country where Arista Vault products are being sold in a brick-and-mortar model. They have forged partnerships with relevant stakeholders like the Goa government to enter the travel and tourism sector as well, with their smart products.

In October when Prime Minister Narendra Modi launched 5G services in India, Arista Vault was one of the few tech companies to exhibit their smart products. They are also coming up with a series of 5G-implemented products.

Going ahead, the company wishes to build a strong presence in the smart luggage market in a B2B model. For that, they recently launched their Switch2Smart range which has a variety of smart business bags, business trolleys, laptop bags and file holders. These bags have features like GPS live and lost location which makes it almost impossible for them to be lost or stolen. They also have other features like smart charging for mobile phones, geofencing and anti-skimming.

“Nowadays from our homes to watches, everything is smart. So why should our bags be left behind? The Switch2Smart range of Arista Vault will give travellers the luxury to be free and not worry about their luggage,” Purvi says. The company has already started generating sales with B2B orders displayed in DIW 2022 Gift Expo.

In FY 2020-2021, the company generated revenue of Rs 3.59 crore and now they are well on their way to achieving Rs 12-15 crore in this financial year showing more than 4X growth in business.

Along with the sales generated on Amazon, Flipkart and their own website, this festive season Arista Vault also got into corporate gifting for occasions like Diwali and has completed bulk orders from companies such as Bharati Cement, Mitsubishi, etc. They also recently started with Amazon.com in the US and UAE.

“Going forward, both B2B and B2C have their specific areas to serve. Our products are innovative and new and require consumer awareness which is possible primarily through B2C. However at a certain level to reach a wider audience, B2B is a preferred mode of business,” Purvi adds.

Arista Vault aims to establish itself as a market leader in the smart luggage category by bringing revolutionary technology to wallets, business bags, travel backpacks and much more. In the coming year, they wish to strengthen their brand presence in India as well as abroad by launching another 15 product categories worldwide.