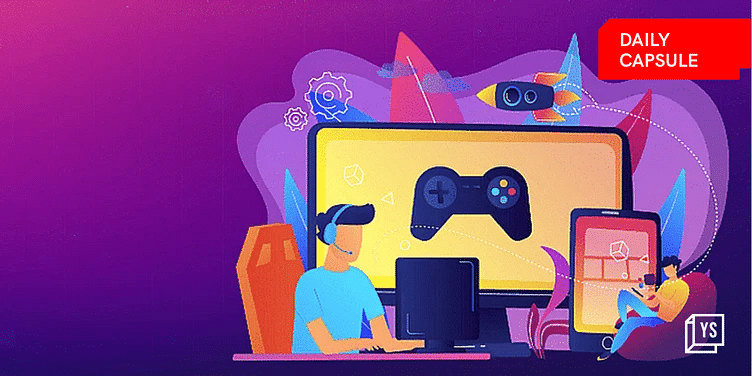 A group of mostly gaming studio founders set up an unofficial lobby body called the Consortium of Indian Video Games and E-sports Companies to provide suggestions on the draft rules for online gaming released earlier this month.

The fallout of the funding winter continues to impact the Indian startup ecosystem.

ShareChat laid off 600 employees—around 20% of its workforce—just a few days after raising $255 million. Cloud kitchen startup Rebel Foods let go of 2% of its employees, and grocery delivery startup Dunzo laid off 3% of its organisational strength.

Even the crypto sphere hasn't been spared. Crypto.com will be reducing its global workforce by 20% following the FTX fallout, although the markets are making investors hopeful as Bitcoin nears the $21,000 mark.

While the job market may be a little steady, the neighbourhood market is a little upbeat. India's annual wholesale price index (WPI) inflation eased to 4.95% at a 22-month low.

Here’s your trivia for today: The national anthems of which four countries have no lyrics?

A group of mostly gaming studio founders set up an unofficial lobby body called the Consortium of Indian Video Games and E-sports Companies to provide suggestions on the draft rules for online gaming released earlier this month.

This lobby—comprising 35-40 gaming studios across India—hopes to build a different narrative from the one set by real-money gaming (RMG) firms.

The year 2022 was particularly harsh for cryptocurrencies. Even before the meltdown of several global crypto firms, startups in India had a rough start with the rollout of the new crypto tax regime during the Union Budget 2022.

Industry stakeholders hope that the Union Budget 2023 will finally bring some good news.

Lighthouse Canton, the Singapore-headquartered wealth and asset management firm, has completed the first close of its maiden venture debt fund in India at Rs 155.4 crore.

The Rs 550 crore fund has an additional green shoe option of Rs 550 crore and will focus on investing in Indian technology-enabled startups.

The national anthems of which four countries have no lyrics?