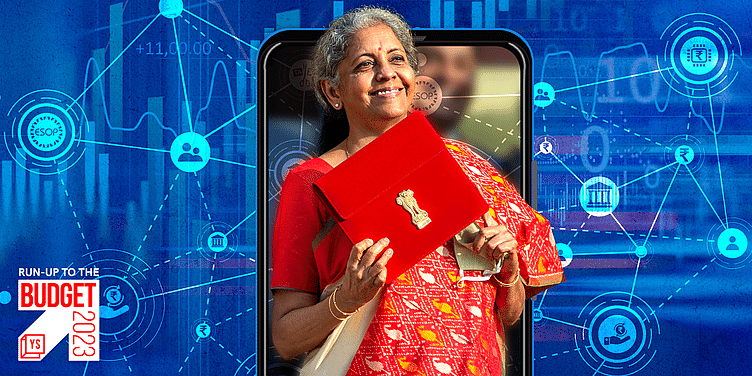 While the previous Union Budget offered respite to startups that survived the pandemic, it did not relieve them of greater tax burdens—something fintechs hope will be accommodated this year.

Fintech startups are looking to the Union Budget 2023-24 with high expectations as the industry continues to focus on financial inclusion through lending—digital or otherwise.

The Budget comes at a time when the wheels of the global economy have slowed, resulting in a funding winter at home.

Many startups, including fintechs, are resorting to layoffs citing capital conservation and macroeconomic uncertainties. Last month, ﻿PayU﻿ laid off 6% of its workforce in India, while Bengaluru-based payments company ﻿Cashfree Payments﻿ laid off 100 employees a few days ago.

The Reserve Bank of India's increasing regulatory oversight of the fintech sector has also proved to be a bit of a dampener for startups in the sector, especially those offering ‘buy now, pay later’ (BNPL) products.

Companies are hoping Budget 2023 would give them a shot in the arm to add more muscle to their businesses, with lower tax burdens and better lending arrangements with regulated entities, including banks and non-banking financial companies.

But while last year’s Budget gave respite to startups that survived the pandemic, it did not relieve them of greater tax burdens—something fintechs hope will be accommodated this year.

Small fintechs have sought exemption in the Goods and Services Tax (GST) till a certain limit of the revenue.

Fintech firms are subjected to corporate income tax rates. An 18% GST is charged on services rendered by fintech businesses operating under Section 65 (12) of the Finance Act, 1994.

Hemant Sood, Founder of ﻿Findoc﻿, a stock broking platform and financial service provider, is hoping the government will reduce taxes across the board with no GST for fintech companies with annual turnover under Rs 10 crore.

Not just small fintechs but also ones involved in “financial inclusion services” would benefit from a GST subsidy, he says.

Bhavin Patel, CEO and Co-founder of ﻿LenDenClub﻿, a peer-to-peeer lending platform, called for government assistance to open the supply side by incentivising P2P lenders with tax exemptions up to a certain income.

“The government should also allow bad debt write-offs, enabling defaults to be treated as capital losses during filing returns," he says. "Personal loan repayment can become a part of the exemption under Section 80C, not just for lenders but also for borrowers.”

The industry also wants the provision on depreciation on the fixed assets used by fintech companies to save on taxes.

Asset-based lending should also be allowed, Bhavin adds, so as to boost the confidence of lenders and encourage innovation in secured lending.

Other industry leaders too say they would like the Budget to include measures that simplify conditions under the co-lending model.

These can be changes and liberalisation of the existing FLDG model, including risk mitigation measures, or risk-proportionate regulation, says Ram Kewalramani, MD and Co-founder of digital lending firm, ﻿CredAble﻿.

Monish Anand, CEO and Founder at ﻿MyShubhLife﻿, underlined the need for a reasonable cap on the FLDG models.

The FLDG (First Loan Default Guarantee) model is a lending arrangement between banks/NBFCs and a fintech or a lending service provider, where the latter compensates the former in case a borrower defaults. It was struck by the RBI’s digital lending guidelines and has been under examination by the regulator.

Deepak Kothari, Co-founder at lending company ﻿ftcash﻿, pitched for a sovereign guarantee by the government on loans extended by fintechs in direct collaboration with banks.

This, he says, will help channelise and enhance access to funds, and allow targeting of certain sectors/segments/regions in a cost-efficient manner.

“Fintechs today collaborate with other financial services players, and invariably in such arrangements there's a potential loss of input credit in the current GST framework," says Deepak.

"Ensuring that the input credit is fully provided for will go a long way in ensuring that revenue leakages are avoided and benefits can be consequently passed on to the end consumer."

Founders, however, say that its benefits would only be reaped by a few companies owing to a stringent qualification criterion. The industry recommends further relaxation for younger companies.

“The government needs to broaden the criteria for tax relief to startup employees to reduce the burden on taxation of ESOP sales,” says Monish of MyShubhLife.

The industry anticipates taxation on NBFCs to be brought up to be on par with that of banks.

Parry Singh, Founder and CEO of Red Fort Capital, says the government should encourage banks to increase the quantum of funding and liquidity assistance, including loans at low rates, for NBFCs.

“Over time, RBI has tightened the NBFC regulatory framework, particularly for large and deposit-taking NBFCs, and brought it in line with bank regulations," says Parry. "However, tax laws have not kept up, and as a result, NBFCs face higher tax costs or compliance burdens than banks in several areas."

The CEO says NBFCs have long complained that restrictions similar to those imposed on full-fledged banks are reducing the benefits of NBFC status. The industry anticipates that the government will put pressure on RBI to relax industry regulations.

“We look forward to enhancement in recovery policies, leverage and easing limits, simplifying compliance and taxation similarly to banks,” he adds.