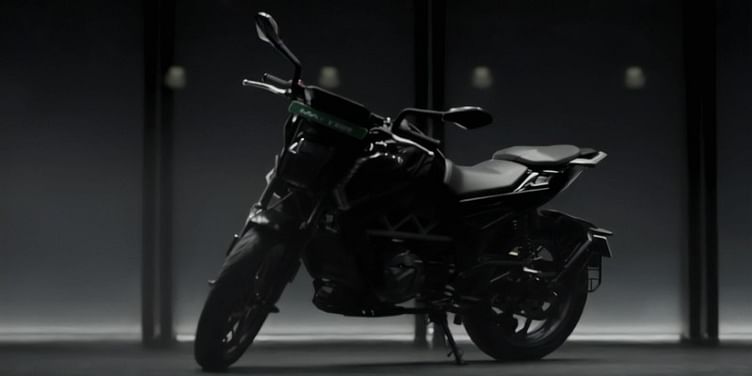 The yet-to-be-named and launched Matter electric bike will compete against the likes of Tork Kratos and Oben Rorr.

The electric mobility revolution has given birth to a plethora of new electric vehicle (EV) manufacturing startups in India. Ahmedabad-based ﻿Matter﻿ is one such manufacturer that recently showcased its EV on a public platform.

The upcoming electric motorcycle does not have a name yet, but boasts of many first-in-class attributes that grab attention. The company has announced that bookings for this electric bike will commence in the first quarter of 2023, around the same time when its name and prices will be revealed.

The design of the Matter electric bike is in line with contemporary naked streetfighters with an angular, forward-leaning stance. Visual highlights like the unique LED headlight flanked by integrated turn indicators, a raised clip-on handlebar, a muscular faux fuel tank with extended shrouds, split seats, a floating tail section and split-style grab rails, lend the bike a sharp appearance.

Another attractive highlight are the star-pattern alloy wheels. Matter is offering the motorcycle in three dual-tone colour schemes—grey and neon, blue and gold, black and gold, and a triple-tone red/black/white shade.

Powering the upcoming Matter electric motorcycle is an IP67-rated, first-in-segment liquid-cooled, 5.0kWh battery pack. This unit delivers energy to an electric motor rated to generate a peak output of 10.5kW (14 bhp) and a massive 520 Nm of torque. The motor drives the rear wheel via a four-speed hyper-shift manual gearbox, another segment-first attribute.

Although the company is yet to reveal the exact range offered by the electric bike, Matter says full charge can result in a range of around 125-150 km. The lithium-ion battery can be charged via the onboard charger by plugging it into a regular 5A household socket that will take five hours to get fully replenished.

Matter has kitted out its upcoming EV offering with features such as a seven-inch touch-compatible LCD instrumentation featuring music playback, turn-by-turn navigation and notification alerts. The screen can be controlled via buttons on the handlebar-mounted switchgear while the software is compatible to receive OTA (Over The Air) updates.

Other notable creature comforts include keyless ignition, a 5-litre storage compartment in the faux fuel tank, geo-fencing, park assist (reverse functionality), and theft detection. The motorcycle is one of the few beneficiaries to be equipped with disc brakes along with a dual-channel ABS.

Ahead of its market launch, the Matter electric bike is slated to be showcased at the upcoming edition of Auto Expo to be held in January in New Delhi. The motorcycle will be manufactured at the company’s new facility in Ahmedabad which has an annual production capacity of 60,000 units. The plant will also manufacture battery packs for upcoming models from Matter.