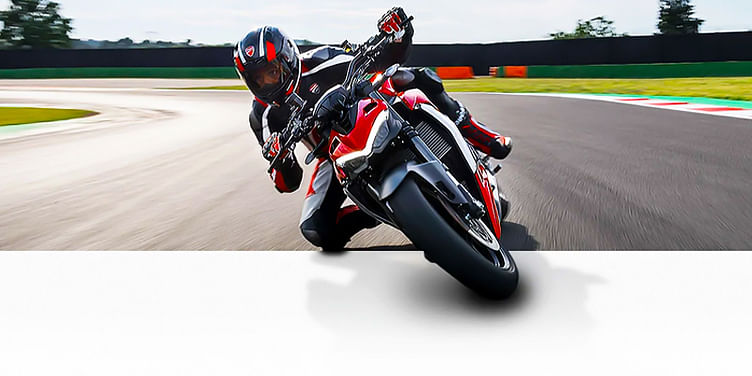 Ducati has introduced Streetfighter V2 in India to take on the likes of Triumph Street Triple, Kawasaki Z900, and the recently launched, Suzuki Katana.

Ducati has rolled out its new motorcycle in the form of Streetfighter V2 in India, considered to be the most accessible member of its sports naked family. Priced at Rs 17.25 lakh (ex-showroom), the naked streetfighter is being offered in a single fully-loaded variant.

While underneath the metal, it is a Panigale V2 sports bike, but a majority of its aesthetics are borrowed from the Streetfighter V4. Moreover, it is Rs 2.24 lakh cheaper than the latter, making it a more tempting proposition.

Porsche rolls out its fastest 911 with the GT3 RS

In India, the Streetfighter V2 is only available in a single Ducati Red colour scheme. It sits on a die-cast aluminium monocoque chassis which uses the engine as a stressed member of the frame, bolted directly to it, as is the single-sided swingarm. At 178 kg (dry), Streetfighter V2 feels extremely nimble and agile on roads.

The monocoque frame is suspended on fully adjustable 43mm Showa Big Piston upside-down forks at the front and on the rear, a fully adjustable mono-shock from Sachs. The suspension setup benefits from a steering damper too.

Like all modern Ducatis, Streetfighter V2 is kitted with features including full LED illumination and a 4.3-inch fully digital instrument console. It also comes with a host of electronic rider aids including a six-axis Inertial Measurement Unit (six-axis IMU), consisting of a suite of safety features.

Powering Streetfighter V2 is a 955cc, twin-cylinder, liquid-cooled engine, which also propels Panigale V2, although the output is down by 2 bhp and 2.5 Nm from the fully-faired superbike. In the naked roadster, this motor churns out 151 bhp at 10,750rpm and a peak torque of 101.4 Nm at 9,000rpm while being mated to a six-speed gearbox.

Ducati is also offering a host of customisation options through the configurator available on its official website. The most prominent accessory is an Akrapovic exhaust with a Titanium canister that produces a sweet symphony out of the V-Twin motor.

While these machines are not meant for fuel efficiency, Ducati claims a decent mileage of 17 km per litre for the naked streetfighter.