These women entrepreneurs are simplifying the legal world 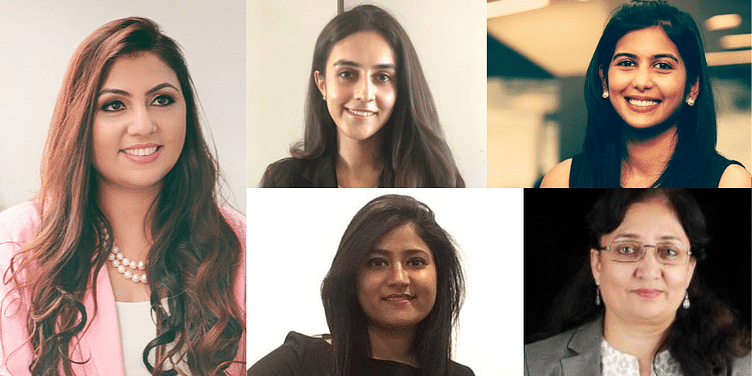 From creating a platform to facilitate peer-to-peer interaction to developing a platform to bring lawyers under one roof, these entrepreneurs are making it simpler to traverse the legal world.

They say law as a language is complicated. For any layman, this holds true. But Albert Einstein once said, “The world as we have created it is a process of our thinking. It cannot be changed without changing our thinking.”

And going by this simple premise, to simplify the complicated ways of law, and make it easier for everyone to understand, these women entrepreneurs are paving their way into the legal world by bringing in changes.

Nehan Sethi, a graduate from Symbiosis Law School, Pune, had interned with eight legal firms. On one of her internships with a Delhi-based law firm, she encountered an incident that planted the seed for ‘Her Forum’.

The team she was a part of was headed by a man and a woman senior associate. Nehan recalls, “When there was an oversight, the senior male partner, who was reprimanding both the associates, asked the woman associate if she was unable to perform because of a young child at home!”

She couldn’t help but notice the biased mindset, and how that has resulted in fewer opportunities for women to climb up the ladder. She noticed that there was a lack of recognition and disparity in opportunities in all professional settings and key roles.

“I also don't think everything is gender-based, but when it comes to your personal journey, there is definitely a difference in what you face as a woman.” Nehan says.

After a lot of study, she realised how there was no dedicated platform for women in the legal profession to discuss such inherent bias, seek and give guidance and mentorship.

She decided to eliminate this loophole and officially launched 'Her Forum' in July 2020. As part of the initiative, Nehan also hosted virtual networking events for women lawyers to connect for personal friendship, support, and professional guidance. She shares that the participants feel connected and happy about the unique professional collaborations it has fostered.

One of the values, Nehan shares, is women supporting women and facilitating peer-to-peer learning. Nehan currently is working full-time as an associate, “As I am personally funding the initiative, a stable job and salary is important”.

Led by an all-women team of six, the platform hopes to strengthen mentorship aspects and make it more accessible while building the community.

“I want to grow it by focussing on learning, networking, and connecting by fostering unique conversations. My mission is to make it a one-stop-shop for any woman lawyer in India where if you think of law and women in India, 'Her Forum' should come to mind,” Nehan says.

This platform helps women in law network, bond, and guide each other

Archana Khosla Burman pursued her higher studies in law at the Army Institute of Law in Mohali.

Starting her journey in Delhi, she shares, “I began my career in litigation law. I worked with the additional advocate of Punjab who had his office next to the Supreme Court of India. After three years, I felt that litigation as a profession takes time.”

Soon after, she switched to corporate law. Archana, who has worked at Economic Law Practices in Mumbai says working at one of the largest corporate law firms in India has given her good exposure in the field, and she could also hone her skills in venture capital and private equity.

After nearly nine years of practicing as a corporate lawyer, Archana “decided to get entrepreneurial,” and started Vertices Partners in 2016, along with Vinayak Burman and Amit Vyas. The trio has tapped into India’s legal services market, that has been  valued at $1.3 billion in 2017.

“We were already working 22 hours a day, passionately. So, we just thought why not do it for ourselves,” she adds.

What started as a three-member team now has grown into a 40-member team. Being named as the Entrepreneur of the Year 2019 by Indian Women Convention, Archana specialises in venture capital and mergers & acquisitions.

She explains the working of the startup, “In any organisation, there will be a number of day-to-day compliance processes including contracts and vendor management. If the client requires us to take care of the entire package for them, then we work on a retainership contract - providing service for a certain number of hours every month. Alternatively, we handle project-based work as well.” Services are charged based on the level of complexity involved in a deal and the number of working hours.

Internationally, she has been recognised by Thomson Reuters in its list of 40 Under 40 in Asia Legal Business, as well as the 40 under 40 Rising Star by Legal Era.

Besides being an entrepreneur, Archana is also a mother who is keenly interested in music - playing the keyboard and guitar to unwind after a long day.

A guest faculty at UpGrad, Archana Rajaram was a Senior Associate at AZB & Partners, where she worked on several mergers and acquisitions and disinvestments, including the sale of UTV Motion Pictures to The Walt Disney Company for an enterprise value of $1.4 billion.

She then moved in-house as General Counsel to Ronnie Screwvala’s Unilazer Ventures, where she advised Unilazer’s Board of Directors, and managed its in-house team of legal advisors.

This was where she did a 180, and realised that the startup and venture capital space is where she wanted to be. Started as Rajaram Legal, her major practice areas are Mergers and Acquisitions, Private Equity, and Venture Capital.

The organisation is a transaction-focused specialised law firm for investment funds, founders, and high-growth companies. It specialises across various sectors including edtech, fintech, media, healthcare, ecommerce, and technology.

The founder has been ranked by Chambers and Partners in its Asia-Pacific review 2021, ranking Archana as Band 3 Lawyer for Venture Capital. She has also been enlisted in the Forbes India Legal Powerlist 2020 as one of the “Top Individual Lawyers (Above 10 years – Exp)” for Private Equity and Venture Capital, Technology Law, Fintech and Startups.

Her efforts have also been recognised by Forbes India as she has been enlisted in the Legal Powerlist 2020 as one of the “Top Managing Partners.”

Diksha Lal, a law graduate from Indraprastha University, Delhi, was an advocate working for the Ministry of Defence before she started her entrepreneurial journey.

Started in October 2017, Lawyer24x aims to be the “Uber” for getting legal help. The services on the portal start from Rs. 299 and go up to Rs 999, depending on the nature of the query.

This Delhi-based startup aims to bring quick, reliable legal help and guidance to people and startups, around the clock, at a low cost.

The working of the portal is simple, where once a user posts a legal query, three to four lawyer options pop up on the screen. Each suggested option will have its details enlisted including the price, years of experience, ratings, and reviews of each lawyer.

Diksha says, “After a question is posted, the chosen lawyer would get back with a response within 15 minutes.” The user can choose to remain anonymous, she adds.

The app has 25,000 sections covering all the clauses of the Indian legal system, and is used by over 3000 lawyers across the country. The startup charges the lawyers a “small fee” in lieu of connecting them with clients.

The founders believe their competitors are, VakilSearch, NearLaw, Lawyered, Legal Desk, Nyaaya, and iProbono, all operating in India.

Having more than three decades of expertise in law, Deepa is a seasoned legal expert and a certified corporate trainer from Indian Academy of Training and Development.

She has had the privilege to lead the legal teams in key public sector undertakings like the Airports Authority of India (AAI), National Small Industries Corporation (NSIC), and Project and Equipment Corporation (PEC Ltd.), which come under the Ministry of Civil Aviation, Ministry of Small and Medium Enterprises, and Ministry of Commerce, respectively.

A law graduate, Deepa has been enrolled as an advocate since 1998 and has authored a book titled, “Prevention of Sexual Harassment on Women at Workplace – Law and Practice”.

Deepa was one of the lawyers involved in the Bhanwari Devi case, and had witnessed the POSH Act evolve and take shape since the beginning.

Owning to her exceptional analytical skills Deepa, as a trainer, makes it easier for participants to articulate their issues holistically.

VLegal was founded in 2013 and is a legal consultancy firm. Its vision is to render end-to-end solutions to clients in a time-bound manner, and represent them in execution and delivery.

The founders of Vlegal aim to simplify the law for the layman, and are constantly working towards it.