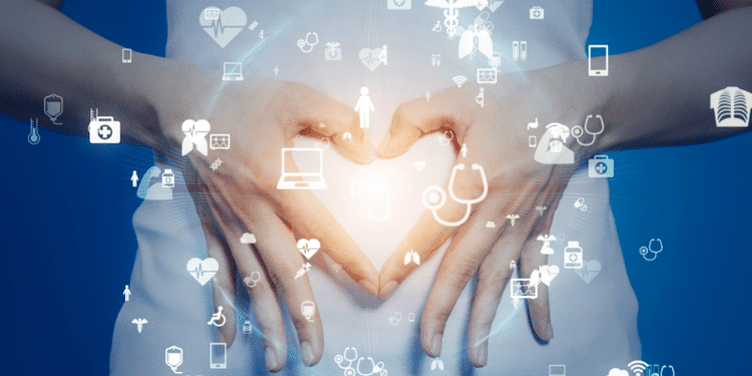 As annual funding deals in the femtech sector just about reach double digits in 2021, HerStory spoke with entrepreneurs and investors to learn what could lead to further growth of femtech.

Although healthcare has evolved, it has remained largely biased towards men, with most solutions and diagnosis designed for the ‘standard’ male body.

In Invisible Women: Exposing Data Bias in a World Designed for Men, author Caroline Criado Perez highlights how the healthcare system does not account for the differences in women’s physiology, cells, and hormones. It is not surprising then that women are more likely to be misdiagnosed than men.

A new crop of entrepreneurs is addressing these blindspots by leveraging technology infrastructure to cater to women’s health and wellness needs.

Notably, for most entrepreneurs, working on a femtech startup remains a personal journey more than a commercial pursuit even as it caters to crores of women who make up nearly half of India’s population.

Pioneers like Geetha Manjunath began exploring and innovating artificial intelligence (AI)-based, radiation-free breast cancer screening solutions when two of her close family members discovered they had breast cancer and eventually lost their lives to the disease. Founder and CEO of Bengaluru-based ﻿Niramai﻿, she now holds over 17 patents for innovative tech solutions.

Vikas Bagaria, Founder and CEO, ﻿Pee Safe﻿started the women's hygiene and wellness brand with his wife Srijana when she was once diagnosed with UTI, possibly from using public toilets.

With more and more entrepreneurs solving women's health and wellness problems, Herstory caught up with entrepreneurs and investors in the space to uncover trends that will shape the growth of femtech.

Geetha emphasises that entrepreneurs embark on their journey in the healthtech, especially femtech space, if they truly feel for the problem.

But there is nothing like a bankable innovation to win over investors. While not every investors said yes to Niramai in its initial days, the considerable interest they secured was “mainly because there was innovation in the way we were solving it (breast cancer diagnosis).”

“Without that, it would have been much more difficult for us – there are certain challenges being female entrepreneurs as well but I'm so glad we did have quite a few investors who are interested in it because of the innovation,” she says.

Surabhi Purwar, Senior Investment Associate at Titan Capital says not only are there few startups in the space but innovation has been far and few in between and a lot can be done femtech sector.

“Women are also not very comfortable with their (often judgemental) gynaecologist and need someone trustworthy and comfortable to open up – and that is where we feel femtech startups can fill a gap,” says Surabhi.

Investors warming up to femtech

Rachana Gupta had pitched Gynoveda’s idea of combining Ayurveda and technology to solve women’s wellness problems to about 25 to 30 investors – including institutional investors, family offices, and HNIs in India and US – between June and October 2019.

“The general feeling was of very high excitement towards femtech as a space,” she says. The entrepreneur believes success stories in the west like those of New York-based Maven, the world’s first femtech unicorn is further fuelling the enthusiasm among the investor community in India as well.

Titan Capital which has funded two femtech startups says they are bullish on the sector.

YourStory data reveals that funding in the femtech sector is increasing, but at a slow pace: there have been a total of 40 funding deals amounting $98 million in the last seven years. The year 2021 saw the highest number of funding deals so far, pegged at 11.

A male-dominated investor community that would not be able to understand products for females is often considered a roadblock. However, Geetha says investors are putting in the effort.

“While women investors were definitely able to relate to the problem easily, I also remember when we were pitching, they called one of the lady employees to sit in the pitch session so they could get immediate feedback. In two cases when there were only male investors, the panel actually called in one of their colleagues to sit through because she'd be able to appreciate the need for the product,” she adds.

At the end of the day, Geetha affirms investors are happy to support as long as there is good market potential, innovative product idea, and the passion to solve a real problem.

Running a Series A-funded startup, Vikas emphasises now is the right time to invest in the sector because markets and mindsets are opening up and people are getting bolder.

One chronic disease at a time

Surabhi has observed more and more startups taking up one chronic disease common among women and building a range of products and services around that.

“We’ve been actually seeing this trend recently where startups are trying to take one chronic disease at a time and then going full-stack in that,” Surabhi says.

Aarti Gill, co-founder of ﻿Oziva﻿ believes the focus will be especially on preventive healthcare in the coming years. However, the femtech startups will have to educate the customers and solutions need to be customised to individual needs.

With increasing innovation, Vikas says female hygiene and wellness is no longer just restricted to sanitary pads. He credits the Gen Z and millennial population between the ages of 18 and 35 who are more of explorers and researchers and do not shy away from trying out brands and products that are new or leave behind unlike their parent’s generation.

Not just as consumers but Gen Z and millennial content creators and influencers are comfortably tackling the taboo surrounding women’s health on social media which directly impacts how femtech offerings are received. For them, the age of skirting around topics like menstruation, period pain and products, and other women’s hygiene concerns is gone.

India’s women artists may have evolved with time, but have the issues they’re fighting done the same?