Meet 10 Indian women broadening the horizons of science and technology 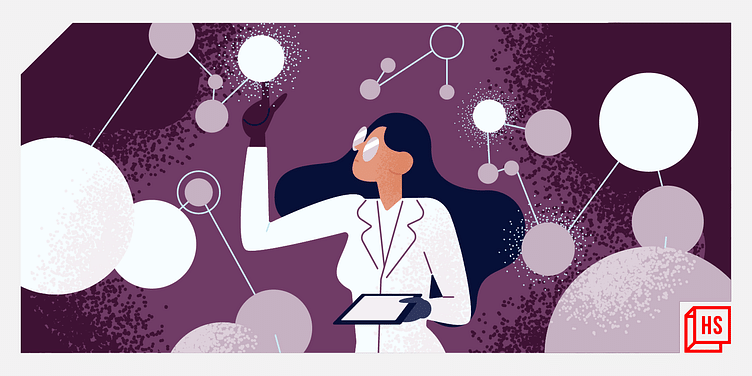 On International Day of Women and Girls in Science, YourStory documents the journeys of women who have made immense contributions to science, and have also paved a path for others.

India has a rich pool of talented women who have contributed to the growth of science and technology. From space to vaccines, Indian women are breaking stereotypes in the scientific communities, paving the path for others to follow.

On the seventh International Day of Women and Girls in Science, YourStory looks at the journeys of these inspiring women.

A paediatrician from India and a globally recognised researcher on tuberculosis and HIV, Dr Soumya Swaminathan has served as the Chief Scientist at the World Health Organisation (WHO) since March 2019.

From October 2017 to March 2019, she was Deputy Director-General of Programmes (DDP) at WHO.

Dr Soumya brings with her 30 years of experience in clinical care and research.

From 2015 to 2017, she was Director-General of the Indian Council of Medical Research (ICMR) and Secretary of the Department of Health Research (Ministry of Health & Family Welfare) for the Government of India.

Until 2013, she was Director of the National Institute for Research in Tuberculosis (NIRT) in Chennai.

Before that, she was the Coordinator of the UNICEF/UNDP/World Bank/WHO Special Programme for Research and Training in Tropical Diseases in Geneva.

After completing her MBBS from Armed Forces Medical College in Pune, Dr Soumya completed her MD from the All India Institute of Medical Sciences in New Delhi. She has published more than 350 peer-reviewed publications and book chapters.

Dr Priya Abraham, Director of National Institute of Virology (NIV), Pune, made a significant medical breakthrough by confirming the first sample of Covid-19 in India and isolated the SARS-Cov-2 virus.

Barely two months after she joined NIV in November 2019, her team came across a sample that would eventually be confirmed as the first Covid-19 case in the country.

She was the former head of the department of Clinical Virology at Christian Medical College (CMC), Vellore, Tamil Nadu.

Tessy Thomas, known as the 'Missile Woman' of India, is the Director-General of Aeronautical Systems and the former Project Director for Agni-IV missile in Defence Research and Development Organisation (DRDO).

With a doctorate in missile guidance, she is the first ever woman scientist to head a missile project in India.

She joined DRDO in 1988 and has contributed to guidance, trajectory simulation, and mission design.

Thomas, who has work experience of over three decades, designed the guidance scheme for long-range missile systems, which is used in all Agni missiles.

She was conferred with the DRDO Agni Award for Excellence in Self-Reliance in 2001 and is also a recipient of multiple fellowships and honorary doctorates.

An Indian gynecologist, obstetrician, and infertility specialist based in Mumbai, Indira is the first to deliver a test tube baby in India in 1986. She is a pioneer of the gamete intrafallopian transfer technique (GIFT), resulting in the birth of India’s first GIFT baby. Besides, she is known for the oocyte donation technique for menopausal and premature ovarian failure patients, giving the country's first baby out of this technique.

She has obtained a PhD degree from the Bombay University. She is a full-time practicing obstetrician and gynaecologist of the PD Hinduja Hospital, Mumbai.

Hinduja is currently also an honorary obstetrician and gynecologist at PD Hinduja National Hospital and Medical Research Centre in Mumbai.

The ‘polar woman of ISRO’, Mangala Mani was ISRO’s first woman scientist to spend more than a year in Antarctica.

In November 2016, she was part of the 23-member team that went on an expedition to Bharati, India’s research station in Antarctica. She spent 403 days on the continent, operating and maintaining ISRO’s ground station. She was the only woman in the all-men team.

She was selected to be featured by BBC's '100 women challenge' for their series on women in science.

Dubbed as the ‘Rocket Woman of India,’ Ritu Karidhal was the Mission Director of the Chandrayaan-2 mission and was feted for her role in helming one of India’s most ambitious lunar projects.

She was responsible for detailing and the execution of the craft's onward autonomy system, which independently operated the satellite’s functions in space and responded appropriately to malfunctions.

An aerospace engineer, Ritu joined ISRO in 2007 and was also the Deputy Operations Director to India’s Mars Orbiter mission, Mangalyaan.

She has a BSC in physics from the University of Lucknow and MTech degree in aerospace engineering from the Indian Institute of Science, Bengaluru.

She also received the ISRO Young Scientist Award in 2007 from APJ Abdul Kalam, then President of India.

Indian microbiologist and virologist, Gagandeep Kang is the first Indian woman to be elected as a Fellow of the Royal Society. She is also known as India's “vaccine godmother”.

She played a significant role in the development of Rotavac, a vaccine from Bharat Biotech International that targets diarrhea.

Since 2020, Kang has been an ex-officio member of a working group on COVID-19 vaccines established by the Strategic Advisory Group of Experts at the WHO.

She is the professor in the Department of Gastrointestinal Sciences at the Christian Medical College, Vellore, Tamil Nadu.

She is a leading researcher with a major research focus on viral infections in children, and the testing of rotaviral vaccines. She also works on other enteric infections and their consequences when children are infected in early life, sanitation and water safety.

Chandrima is a biologist and the first-ever woman president of the Indian National Science Academy (INSA). In 85 years of its existence, the Academy never had a woman president until she took over on January 1, 2020.

Chandrima, who specialises in cell biology and has conducted extensive research about the ‘Leishmania’ parasite which causes Kala Azar, has authored over 80 research papers.

Among the many awards Saha has received, she is best known for the Shakuntala Amirchand Award of ICMR (1992), and the Special Award for 50th Anniversary of DNA Double Helix Discovery (2003) for "significant contributions towards understanding of Cell Death Processes in different Model Organisms."

Muthayya Vanitha was the project director of the Chandrayaan-2 lunar mission of the ISRO. She is the first woman to lead the interplanetary mission at ISRO. She was promoted from Associate Director to Project Director for the mission.

An electronics system engineer, Vanitha hails from Chennai and graduated from College of Engineering, Guindy.

She has worked at ISRO for over three decades. She joined the institute as a junior engineer in various areas of hardware testing and development.

Vanitha has been the Deputy Project Director for several satellites including Cartosat-1, Oceansat-2, and Megha-Tropiques, where she was responsible for data operations. Vanitha was also involved in the successful Mangalyaan mission to Mars in 2013.

She received the Best Woman Scientist Award by the Astronomical Society of India in 2006.

Aditi is an Indian oceanographer, and was the first Indian woman to travel to Antarctica in 1983 as part of the Indian Antarctic Programme, to study geology and oceanography. Inspired by Alister Hardy’s book The Open Sea, she completed her MS in Marine Sciences, with a US government scholarship, at the University of Hawaii.

Aditi pursued her PhD at London’s Westfield College, and returned to India to join the National Institute of Oceanography in Goa. She has conducted coastal studies and has travelled the entire Indian west coast.

In 1990, after 17 years of working with the NIO, Pant moved to Pune to work at the National Chemical Laboratory. Here, she studied the enzymology of salt-tolerant and salt-loving microbes involved in the food chain.

She was also Professor Emeritus for the University of Pune Botany Department from 2003 to 2007.

A thing of beauty: 12 quotes that expand the boundaries of beauty