Parallel Imports in the World of Trademarks

The good, the bad and the ugly! 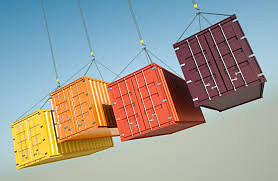 Your eyes are probably glittering with joy because you managed to grab at least a couple of those products at unbelievably cheap rates than the actual intended retail prices. Some others can’t believe their luck they even caught hold of such items because those were clearly not available in their country.

Do understand that there may be more than just luck behind your gainful possessions, and much of what happens underneath does not involve the express consent of the owners of these branded products and is known as something called parallel imports.

So what exactly are parallel imports?

Parallel import occurs when genuine goods after having been legitimately acquired from the right-holder in one country are unauthorizedly, and without express consent of the right-holder, sold in a different country at a higher/lower price (depending on the market) than the price stipulated by the proprietor for the product in that particular market. This is evidently done with the sole motive of earning profits and involved parties do this by encashing price differentials prevalent due to currency fluctuations and differing tax norms in such disparate markets.

Make no mistake though; parallel imports are starkly different from counterfeit goods. For starters, parallel importation still means the goods are genuine but imported through unauthorized trade channels without the permission of the right-holder, whereas counterfeit goods are on the face of it, duplicates of the original goods (and mostly inferior in quality) in order to defraud consumers and other interested parties in the trade channel, and is effectively an exercise in passing off goods as that of the brand owner's.

Probably this is why parallel imports are labelled ‘grey-market’ goods or ‘grey products’ while counterfeit goods typically belong to the ‘black market’.

The law on such imports is based on the Principle of Exhaustion which, as per Article 6 of the TRIPS (Trade-Related Aspects of Intellectual Property Rights) read with Articles 28 and 5 (d) of the Doha Declaration, is left for countries to decide which category of exhaustion principle they want to follow.

National exhaustion (as followed in the USA) allows for goods to be legally resold in the territory where they are first sold, which implies that further re-distribution through imports of such goods from other countries would be deemed illegal, thereby adversely affecting the interests of the right-holder. International Exhaustion Principle (adhered to in India) extinguishes all the rights of the right-holder over that unit of product globally right after the first sale, thereby making it open to importation/distribution in any part of the world.

Under existing laws in India, there are different standards and rules incorporated for parallel imports with respect to each intellectual property right. The Designs Act, 2000 expressly prohibits parallel imports, and whereas the Geographical Indicators Act, 1999 does not broach the subject at all. With respect to copyrights, India continues to follow principle of national exhaustion, whereas express sanction as regards the same is provided under Section 107A (b) of The Patents Act, 1970 and Section 30(3) (b) of the Trade Marks Act, 1999.

Two essential pointers that come to mind while discussing the issue of parallel imports in India, are:

i) Whether such imports constitute infringement within the meaning of the term as defined under section 29 of the Trademark Act;

ii) Whether the international exhaustion principle under section 30 of the Act is recognized in India.

There has been a mixed stance taken by the judiciary on validating parallel imports under Indian trademark law. In CISCO Technologies vs. Shrikanth and Samsung Electronics Company Ltd. and Anr. Vs. Mr. G. Choudhary and Anr. the plaintiffs succeeded in obtaining an ex parte order and injunction thereby desisting the defendants from importing the plaintiffs’ goods and resulting in striking down the acceptability of parallel imports. These decisions were taken solely on the merits of the case, although the court leaned towards allowing parallel imports.

In Xerox Corporation vs. Shailesh Patel, Justice Sanjay Kishen Kaul of the Delhi High Court allowed parallel import of second hand Xerox machines with proper documentation and held the same to be permissible under the Trademarks Act, provided there has been no material change in the machine.

In recent times, a landmark case pertaining to the issue of parallel imports is that of Kapil Wadhwa v. Samsung Electronics [2013 (53) PTC 112 (Del.)]. In the instant case, the legitimacy of parallel imports was not only emphasized upon, but stated that the Trademarks Act 1999 provided for the international exhaustion of rights. Recognizing the principle of international exhaustion, the court interpreted the word ‘market’ under section 30 (3) as referring to a global market.

The court further elaborated on ‘lawful acquisition’ explaining that the terms referred to lawful acquisition of such goods in tune with prevailing laws in the country of purchase, and that Trademark law is in place to control use of registered marks, rather than to regulate sale and purchase of goods.There are measures in place i.e. Section 30 (4) to curb reckless importation of goods and resulting trademark infringement where the trademark owner finds these goods to have been materially changed and their condition impaired after being put on the market.

The Division Bench however, in interpreting section 30(4) of the Trademarks Act also expanded the ambit of ‘legitimate reasons’ to include disparities in:

"Services and warranties, advertising and promotional efforts, packaging, quality control, pricing and presentation; and the language of the product literature."

While the appeal is still pending in the Supreme Court, it is commendable that to mitigate the resulting possible confusion and deception in the minds of the consumers, the Bench also directed unauthorized dealers and parallel imports to conspicuously display signs in their showrooms mentioning that the products they sell have been imported, and they, rather than the trademark owners, will provide warranty and other services.

A similar stand was taken in the subsequent Dell case, wherein Indian importers (Venktron Digital Systems, Sapphire Micro Systems and Momentum Technologies) were held for possible infringement of the trademark ‘Dell’ as alleged by Dell India Pvt. Ltd. after the former imported 500 Dell laptops from China into India. The Customs Commissioner eventually decided in favor of the importers on the basis of the applicability of section 30 (3) (b) of the Trademarks Act, stating that goods bearing a registered trademark upon being ‘lawfully acquired’, may be sold or dealt with by the purchaser (or by his representative) and the same would not constitute infringement by virtue of the same having been put in the market with the registered trademark by the proprietor or with his consent. With the only condition being the goods must not have been materially altered/impaired after they were put in the market.

In the 2014 case of Philip Morris Products S.A & Anr. Vs. Sameer & Ors. though, the plaintiff was successful in obtaining a decree in its favour despite the case being decided on roughly the same merits as earlier cases involving parallel importation. This was because the defendant had failed to prove that he had ‘lawfully acquired’ the said trademarked goods as per the requirement in Section 30 (3).

So it is evident that despite adhering to the principle of international exhaustion, courts in India have always tried to strike the right balance between protecting rights of trademark owners and permitting “free trade” to take place in an overly competitive market.

Although the law on parallel imports continues to take different shapes and forms, and is still seemingly in the nascent stage of its development, it would be interesting to see how India responds to the ever-deepening debates around free trade, monopoly of brand giants, rights of trademark owners as well as consumer needs and accessibility.

In the meanwhile, some handy tips for consumers

In the current frenzy of e-commerce marketplaces burgeoning at an unstoppable pace, it is but natural for consumers to flock to these online platforms to make some of their most lucrative purchases.For all you know, you may have bought those Nike shoes or that Tag Heuer watch, from that budding online store in your country without having an idea that it is a parallel import. Worse still, if you managed to purchase that swanky Harley-Davidson bike from that petty local store at a half-decent price without knowing there were only a few registered dealers you could get it from and your neighbourhood ‘showroom’ was not one of them!

Of course, you will not be penalized for striking a great bargain, with or without your knowledge! But remember, if the product turns out to be faulty and you need a refund, or a repair, you might just realize you are getting neither.

The only way to get around this is to research, research and do as much research as you can as a consumer, to ensure you are not buying into a trap to regret later.

But if you don’t mind riding high on possessing a really high-priced good that came within your modest budget, no matter what the trade channel, live it up and enjoy the moment.