How can capacity building change the status of waste management in India? 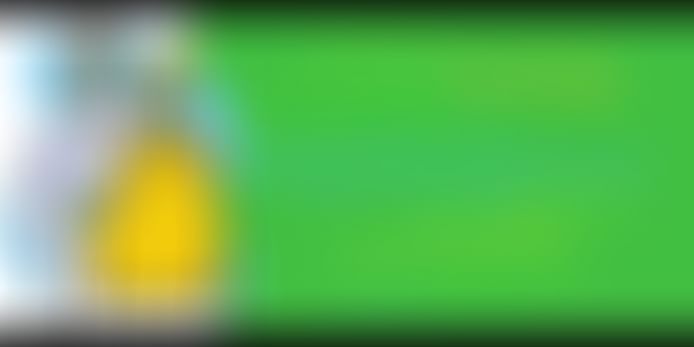 Summary of Artice: Management of municipal solid waste (MSW) needs a revamp to protect public health, prevent environmental degradation and reduce climate change impacts in India. There is an urgent need to make the Indian waste management system more scientific, sustainable and people-centric by building capacity at different levels. The benefits will be immense.

In this article, you will find a summary of:

• Why the waste sector is neglected in India.

You can read on how the attitude towards management of municipal solid waste can be changed through capacity building by:

• Fostering healthy partnerships with the public and the informal sector

• Supporting technology transfer, adaptation and use

• Improving waste recycling and the efficiency of recovery

The Waste Sector contributes to 3.7 percent of India's total greenhouse gas (GHG) emissions (2013). The key sources of GHG emissions are the municipal solid waste (MSW) (18%), domestic wastewater (56.5%) and industrial wastewater (25.5%). The GHG emissions in MSW sector mostly come from open burning, dumping of MSW in dumpsites (CO2, CH4) and landfill fires. Improper disposal in landfills generates significant CH4 emissions which continue to release over a long period spanning a few decades. Landfill disposal emissions alone contributed to 16.7% of the total waste emissions in 2013. As India’s urban population is growing at 2.6 % and per capita waste generation is growing at 1.3%, the GHG emissions from waste sector show an annual growth of 3.9 %. By 2030, India will add whopping 100 million tonnes of MSW. Consequently, the MSW related GHG emissions show a doubling between 2015 and 2030 reaching 40 million tons per year (considering the current scenario of 81% dumping and 19% treatment).

Mismanaged waste has global consequences too as major sources of plastic waste are entering the rivers and oceans. To this, India alone contributes massive 60% (The World Economic Forum). India’s Bay of Bengal coastline which stretches over 1600 km has several sites transformed by pollution.

Unsafe waste disposal in dumpsites leads to air pollution (due to open burning & landfill fires), soil and water pollution (due to leachate percolation) and have adverse impacts on people’s health (infectious diseases) and environment (plants and animals). During rainfall, the dumped MSW receives water which accelerates leachate (containing toxic organic and inorganic compounds) percolation into groundwater. If the dumping site is along riverside or sea, the leachate percolates to surface water as well. The heavy metals (Mn, Ni, Cu, Zn, Cr, Pb) present in leachate enters the food chain as the ground and surface water is commonly used for drinking, industrial and irrigation purposes in India. This poses a serious public health threat not just to people living near landfill site but up to several kilometres. The open dumping grounds also act as breeding grounds for mosquitoes, insects and flies which are vectors of diseases such as cholera, diarrhoea, dysentery and typhoid fever. Public and government apathy towards waste management and planning causes clogging of drains (due to plastics bags) and increases the risk of floods every year in urban cities like Delhi, Mumbai, Chennai, especially during rainy periods. Thousands of people lose their lives and essential infrastructure is destroyed but nothing seems to change. If the public and environmental health damages are accounted, the costs to society and the economy are perhaps 5-10 times higher than what sound solid waste management (SWM) would cost per capita.

Why is the waste sector neglected in India?

MSW management is seldom recognised as one of the essential utility services underpinning modern society in comparison to other sectors such as water supply, electricity, broadband and transportation, which have more visible and immediate impact on public life.This has led to a neglect of waste-related issues in India.Swacha Bharat Abhiyan (Clean India Mission) launched in 2015 is the first National-level drive to manage solid waste in cities. The policies and programs introduced before that paid scant attention to MSW management. Thus, the political priority given to waste management has also been extremely low until recently. The bigger cities like Delhi, Bangalore, Mumbai managed to remain clean by sweeping their garbage under the carpet, i.e. by dumping most of it into landfills or burning it far from cities. Especially during elections, cities appear more clean than usual so that the true extent of the waste crisis is hidden from voters for a while. Public health impacts from landfill emissions and leachate percolation, also have a delayed or hidden response and therefore, often go unnoticed by citizens. Discussions among people, in media and political circles, spur up only when there is a visually big landfill collapse, unexpected flood or public health hazard because of poor waste management. This neglect is mainly due to two reasons:

1.1) Low level of education & awareness about sanitary WM practices among people. It arises either from lack of information & communication to households by the municipalities or resident welfare associations (RWAs) or when there is an absolute neglecting behaviour ‘Not in my Backyard (NIMBY)’ mindset of people. It happens when the public is unable to perceive the risks posed to them due to their own unsanitary practices. On the other hand are the people who are aware of the unsanitary waste disposal practices but do not act responsibly. This could be because of the ‘Social dilemma’ when people don’t segregate because others don’t segregate or they’re unsure if the segregated waste will be appropriately processed or not. The absence of explicit incentive (user differentiated fee, rewarding through recognition) or disincentive (monetary penalty or termination of collection service) for the public also leads to such unsanitary behaviours.

1.2) Gap between science & practice- People are often unaware of detrimental impacts of poor waste management even though some of these impacts are well investigated and established by the scientific community in India. This is because of lack of transferability of scientific knowledge to the layman, inability of the government to involve scientific community in communication and awareness building, lack of cooperation between industries and universities and theoretical nature of curriculum higher education institutions.

1) Fostering healthy partnership between government, the public and the informal sector

The MSW sector requires the participation of stakeholders at all levels and therefore needs a multi-directional approach to communication (Public ↔Government↔ Informal sector ↔ Academicians & Researchers↔ Industries). The Public is the biggest influencer because people generate MSW; what they generate (composition) and how they (collection within the household) dispose it affects the entire supply chain. E.g. mixed waste provided for treatment requires much more effort and resources for making it suitable for energy or material recovery. Separate waste streams like paper, plastic cardboard, and organic waste are much easier to handle. The well-established benefits of source segregated waste generation and collection need to spread out, from policy discussions and scientific community to day to day practice and public attitudes. Lack of education of the public and their lower participation in decision making has also led to public opposition and suspicion for large-scale waste to energy (WtE) technologies and sanitary landfills, jeopardising the development of new solutions, technologies as well as markets for waste products (power, heat, biogas, biochar, compost). Indigenous capacity building on safe disposal practices, resource efficiency and circular economy can encourage people to shift to more responsible WM practices. The best example of public involvement are the community-based WM initiatives which improve community resilience and ability to address such problems themselves. It includes Swacha Cooperative of Pune, Clean Upper Dharamshala Programme, WM campaign by Deer Park Institute, Himachal Pradesh and other such initiatives. Therefore, involving communities is key to the success of any WM program in India.

The second most important set of people are small waste handlers such as waste pickers, informal recyclers, etc. who directly deal with this waste and manage their living out of it. There are around 2 million waste pickers in India. They save close to USD 500 (INR 24,500) on every ton of recyclables collected informally per year for municipalities, just by avoided collection costs. They belong to the lowest cadre in the hierarchy of informal occupations. Many of them are women and children. Building their capacities and helping integrate their small recycling businesses into the formal supply chain can advance economic competitiveness and bring down the costs of recycling in future. The best way to integrate these traditional structures of waste picking and management with new technologies is to upskill and educate these people. This approach will not only provide them provide better employment opportunities with better working conditions but will also offer them recognition and improve their productivity.

2) Support technology transfer, adaptation and use

India has seen the failure of several central waste treatment technologies during the last 40 years. Ministry of Urban Development (MOUD) highlights that these technologies were a replica from the industrial countries without the necessary adaptation exercise. But we often forget that technologies are not magic wands, their adaptation is determined by the people who understand and operate them. And if people are not trained to work with them, these technologies will fail sooner or later. Lack of technically trained staff is seen as a major challenge for technology transfer between the EU and India by the European Commission. Technology transfer goes beyond exporting; it is sharing of technology, techniques or knowledge as well as the movement of know-how, skills, technical knowledge or technology from one organisational setting to another. Therefore, any technology transfer must come after sufficient knowledge transfer about the technology.

Indian waste has 70-80 % of utilizable proportion and has a high potential for recycling and recovery. However, this requires shifting from rudimentary practices to more efficient ways of recycling and recovery. Contrastingly, windrow composting is still the only widely used solution for MSW treatment due to low cost and simplicity of operations. There are just two large-scale waste-to-energy plants and several small-scale biogas plants which are operational in the country. Capacity building will help adopt indigenously fit (low cost, technically simple, compatible with Indian climate conditions, employment generating) recycling and disposal technologies. Such technologies would have the potential for treating large volumes and achieve higher material and energy recovery (whichever is best for India). This will also streamlined operations in the plant such as better WM procedures, environmental management procedures, health and safety, waste minimization technologies, better pollution control devices, better compliance, etc., leading to improved plant efficiency.

Different types of waste treatment process require specialized knowledge and experience about waste properties, process and the market. Development of scientific and technical qualifications will improve the employability of people and create additional job opportunities in this sector. The higher qualification also leads to higher salaries as the competency of staff improves. Vice versa, qualified staff would demand better working conditions and higher payments, improving the overall job market in the waste sector. It will also give an option of training to those who wish to choose waste management as a profession or business.