How RPA is useful for new generation? 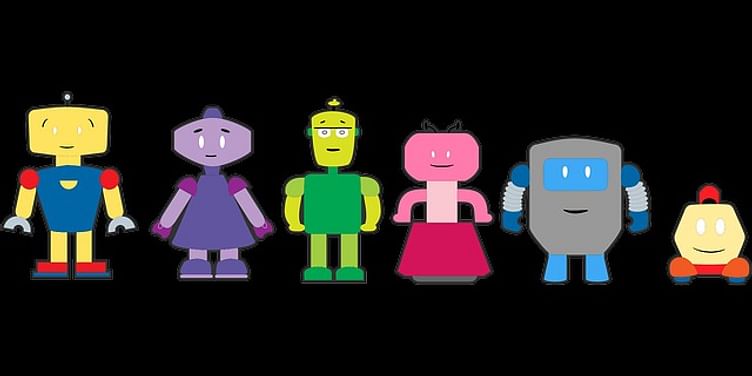 How RPA is useful for new generation?

A 2013 study by Gallup revealed that only 13% of employees worldwide are engaged in their work or love it. A whopping 70% hate their work. How peculiar is that? To be honest, not that many jobs deserve hating. Well, part of the reason is simply because of the repetitive nature of most jobs.

Think of "Modern Times," a 1936 comedy film by Charlie Chaplin where he performs the same routine at the factory as his job, doing the same thing over and over again. He proceeds to perform the same routine at home subconsciously owing to its repetitive nature. Now that makes for a reason to hate your work.

Fast forward to 2018 and the digital revolution is at the peak of our insatiable yearning for technological innovation. Initially, it was believed that the advent of internet in 1994 would lead to job loss and especially the service-oriented ones. Actually, this worry dates way back to when Queen Elizabeth I denied an inventor a patent for his automated knitting machine thinking it would take all the knitting jobs from poor workers who relied on knitting. History proved her wrong when that industry ended up employing four times the number of workers than before the machine came into use. History has proven time and again that technology does more good than harm.

What is Robotic Process Automation- RPA

Robotic Process Automation- RPA is the new talk of the town in the technology world. In fact, it is estimated to be a multi-billion industry by 2020.

But what is RPA? RPA stands for Robotic Process Automation. It is a technology that enables companies and individuals to configure computers to perform functions that are highly repetitive. Such functions include data entry, customer service, and transaction processes. A repetitive function is one that is done over and over again for more than 90 seconds by an individual.

Robotic Process Automation (RPA) comes with a bag of benefits for the new generation of millennials. From increased job satisfaction, to increased innovation and better salaries, the new generation has a lot to celebrate about robotic processes automation. Below are some of such benefits.

As stated earlier, majority of people are unsatisfied by their work. And one of the reasons for this is the repetitive nature of most jobs. Picture this. You enter the office at 9, sit behind a desk, fill in inventory data, order more inventories, fill in accounting information, doing this for a whole day. Isn't it nerve-racking? RPA provides a solution to this. By performing these repetitive tasks, employees are engaged in more productive work that is more satisfying and interesting. While these jobs may be lost to the robots, more jobs will be created that are more satisfying leading to a greater level of job satisfaction in general?

When these kinds of repetitive jobs are delegated to the robots, the employees' time is saved which enables them to perform other tasks stress-free and in the process delivering high quality work. Equally, since the boredom aspect of work is removed, employees become motivated to work and their satisfaction levels increase. This leads to increased quality of work in general. Also repetitive tasks are left done by the robots which are able to maintain high levels of quality without getting tired or bored unlike humans.

While the RPA may take up most of repetitive jobs, more jobs will be created in the context of production of such software. More companies will be set up that offer RPA services. Companies running RPA will also require software engineers and developers and in the long run more jobs are created.

Currently, workers who do repetitive jobs are deemed to be of less value to the company yet the company still needs them. This is a morale killer for such workers. However, with the advent of the RPA technology, such "low-value" work will be delegated to the robots and machines while employees pick up work that is perceived to be of high value and non-repetitive. Consequently, salaries and wages will increase as money saved on the repetitive jobs which give the new generation more value for their work.

The robotic process automation technology comes with the benefit of saving more time at the work place for productive activities. Simple repetitive jobs are delegated to the robots and by extension, employees gain extra time. This extra time can be used in coming up with new ideas that will enhance companies efficiency and effectiveness. Also, new technologies might emerge to supplement the RPA technology leading to a better technologically advanced modern society. The current generation are thus at a high chance of having pride in their work as they can be directly involved in decision making and coming up with new ideas that betters the working environment.

Robotic Process Automation-RPA is an awesome technology that enables repetitive jobs to be delegated to computers and machines. This has the effect of reducing boredom at workplaces, increasing innovation and overall job satisfaction. It should therefore not be shunned away but be embraced and implemented. The new generation stands to benefit the most as low job satisfaction levels will decrease, and high morale and innovation will increase at workplaces. Equally, wages and salaries will increase as more of the money spent in the repetitive tasks can be saved and this translate to more money for the companies.

If you are thinking how to achieve this goal and are confused about it then don’t worry because we are here to help you out.