Fame, hard to get, harder to keep up..

Social Media is rife with the news of Travis Kalanick’s ouster as CEO from UBER for his alleged incompetence of dealing with company’s corporate environment of sexism and stealing trade secrets from Google. Some reports have cited him as scrappy entrepreneur with a bad conduct. Here is an extremely successful entrepreneur who is a wizard of Silicon Valley forced to stepdown for the things in which probably he is not directly involved.

It is a ubiquitous fact that good work leads to success, success leads to recognition and recognition leads to fame. This is the path probably every father wants his kids to follow. Everybody in this world wants to be successful and most of them work very hard throughout the life for that. If you take examples of successful personalities in any domain, be it sportsmen, professionals, scientists or artists; after reaching a level of success everyone comes in public domain and people form positive opinion and estimation about them. Merriam Webster dictionary says fame is public estimation and popular acclaim. In this digital world where information is omnipresent and everyone is omniscient; how perishable and vulnerable this phenomenon called fame has become?

Let’s discuss little about persons in this picture collage. Lance Armstrong, regarded as the best cyclist to have ever walked, began his cycling career from the age of 12 and reached pinnacle of success and fame after winning seven Tour de France from 1999 to 2005. He was one of the most inspirational figures in the world of sports for his fight against cancer and remarkable comeback to cycling and winning Tour De France. Tiger Woods, arguably the best golfer world has seen, remained highest paid golfer for a decade. He reached a level where success and fame became synonymous to Tiger Woods. Rajat Gupta, poster boy of Indians at Wall Street, youngest Managing Director of consulting elite McKinsey & Company and founder of ISB; rubbed his elbow with world’s most powerful and wealthiest people and rose to the status of prominence and power in US corporate sector. Arunabh Kumar, founder and former CEO of a highly successful online entertainment brand The Viral Fever, redefined entertainment and comedy industry. Everyone in this picture worked so hard and diligently for entire life to reach that acme of success and fame. 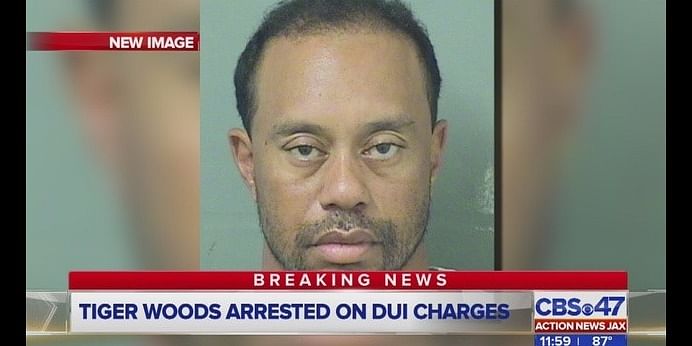 But public perception about these personalities has changed to polar opposite now. There were some blasphemous things that they did consciously or unconsciously and probably the magnitude of these blasphemies was not comparable to the good things that they did. Today Lance Armstrong is known for doping, Tiger Woods for infidelity and recent arrest, Rajat Gupta for insider trading and Arunabh Kumar for sexual harassment at work. The news of these misdeeds disseminated like wildfire. CNN wrote about Lance, "The epic downfall of cycling's star, once an idolized icon of millions around the globe, stands out in the history of professional sports”. If power is measured from-wealth, reputation, status, influence, networks-it is hard to imagine a steeper fall than Rajat Gupta’s.

In this digital era where everybody has access to information, any wrong step that you take consciously or unconsciously directly affects your fame in no time. Recently we saw people reprimanding Virat Kohli on social media over Anil Kumble’s departure from Indian team. We though that legend of Kohli is immortal, but hey, he got booed too and we got to know how quickly people’s perception can change. History is brimming with examples of stunning falls from grace, where fame earned throughout life plummeted to rock bottom in few moments. One strange thing about fame is that once it is gone, it becomes hard or impossible to get it back. Now I think we have the answer of how perishable fame has become in this digital age. As a student of Organization Behavior, I would say if you are doing good then keep doing good to be remembered for good.