5 Resolutions for the Next Decade [Developers Special] 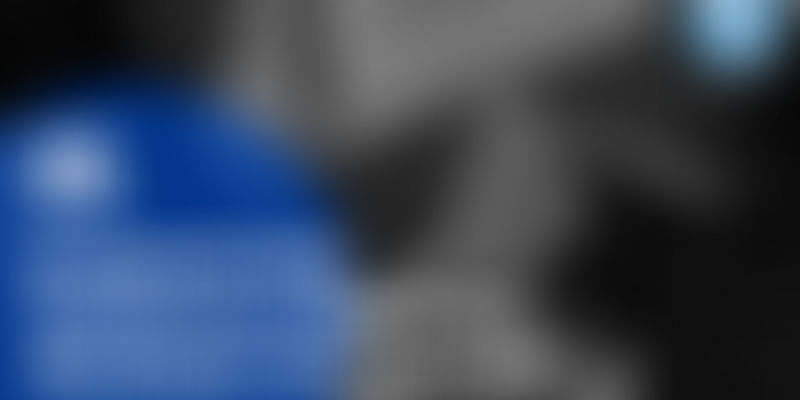 The best new year's, and in this case new decade, resolutions are ones that allow you to grow further while also helping the community. Fitness goals and health are to be considered too, even though they weren’t mentioned explicitly here.

The decade is coming to an end very soon, we will be entering a new decade from 1st January 2020. We believe most of you must have had a wonderful decade, many began careers as developers’, many might have reached an age where they begin to think it’s the end of their careers’. But you know how the saying goes, ‘once a coder, always a coder’. Just kidding, it’s not always true, but someone who loves to code by heart would code until whenever they want.

Most of us make resolutions for the new year, but many fails in less than a week. The reason so happens is either the resolution being too easy or too brittle, either way, it makes no sense as resolutions are meant to be new habits that do good for you. So, as a programmer, you might have wondered what you could do to improve. Resolutions with programmers ought to be too tough, so we decided to create a perfect mix of doable resolution, especially for developers and programmers.

Here are the top 5 resolutions for the next decade, especially for new-age developers.

Knowing what you are working on is really important for all aspects of coding. Ensure that you know the development language to the core, and it usually takes years of hard work to do that. Setting a resolution to keep improving your command in a development language is absolutely a great idea. Following a resolution will ensure you keep finding new things with the latest updates of programming languages.

In most cases, following the latest trends and updates would be enough, but there’s still, a lot more you can do.

a. Learn a new framework

For most development languages, learning a framework would be as tough as learning the language over again. But from what frameworks are, once you have a complete grasp of the core of the language, they get easier to master. And, you probably already know how great frameworks are, and how easy they can make mundane repetitive tasks much easier.

But why it really matters to set learning new frameworks as your new decade resolution, is because the world is drastically advancing and pacing forward in all technologies. Just think about when this decade started, and how far we have come from it.

Know that frameworks are continuously being created for different purposes. For example, there are different frameworks for ML, AI, web development, and almost everything that Python is capable of, you will have to learn each of them separately.

b. Learning a new language

It may seem really tough by even the standards of the top developers of the industry. But, pushing forward is the only way to remain ahead of others. As we discussed above too, new technological changes are awaiting us, and a lot will be changed in the next decade. Preparing yourself will require knowledge of multiple programming languages.

Supporting fellow programmers is a virtue, and you have the power to do a lot for the community by contributing. Whenever you hit a wall while programming, where do you retreat? To community forums of course, because someone somewhere has already solved it. We hit these walls every day as coders, so it is our utmost duty to put them up and solve other people’s problems too.

We are all one big family of developers, no matter the different languages we work on. That’s why we should make a resolution for the coming decade to help our fellow developers. Solving problems will give you an edge and will broaden your approach to problems. Similar problems and logical barriers are what’s stopping us from being specialists in the language we work in, we can overcome it all by simply helping others on public forums.

3. Progress towards your passion

No matter your age, your proficiency as a developer, or even your subjective interests, this resolution will prove to be one of the finest in the coming decade. Being a Python or a PHP developer doesn’t really matter, what matters is an ideology to work on your interest while doing your regular job.

Love photography? Plan a breakthrough photography app, website, or even a special IoT implementation. Love traveling? Try and aid common problems faced by avid travelers with the help of tech. The possibilities are endless, do what you love, and you will surely excel in it. The best a developer can do is work on their own interests.

Tech is booming, we can only imagine how far it will go in the coming decade. Everything seems lacking if you have an eye for more, use it to see through and build things which will be the breakthrough tech for the niche. Start thinking beyond the syntax for this to work, you will then be able to see the possibilities to improve even the most mundane things you love to do daily.

While many of you won’t see yourself as fit for hackathons, but there’s literally one for each of us developers. They are the perfect opportunity for learning creative problem-solving. Online hackathons exist too, and make sure people around the globe can participate.

Many employers come looking for developers who participate in hackathons, making them essential for your career too. A space to compete with top talents around the world is an opportunity of its own, even if you don’t win, you will at least learn a lot.

It's like the greatest networking space for a developer, to meet their own kind. This resolution will be far too important when you realise the rising competition, we will be seeing in the decade ahead. The word of mouth of fellow developers would sell like hot cake, and participating in hackathons while building a name on public forums, is the direct access pass to it.

While you may feel all the emerging tech are simply rocket-science, that’s hardly the case. With frameworks flowing in, stepping into developing an emerging tech isn’t a dream anymore. You could work on almost anything in AI and ML if you have a knack for building algorithms and a grasp of Python.

ICOs are the new Kickstarter, quite literally, with how they are capable of getting funding as a new venture. The current state of ICOs may still be called a bit uncertain for the price fluctuations we have witnessing this year. But if you plan to work in it, you will need to start the learning process ASAP, because it has a lot to promise in the next decade, if it works.

All the new tech we have right now is a manifestation of how old tech can be used to create something extraordinary. We have discussed how you need to start focusing on something you love, for that to happen on the next level, you will need emerging tech. Creating new solutions require learning new technologies, and this we guess, is the perfect resolution you can have for the next decade.

The best new year's, and in this case new decade, resolutions are ones that allow you to grow further while also helping the community. Fitness goals and health are to be considered too, even though they weren’t mentioned explicitly here. We know there must be a hundred more resolutions in your mind right now, and we would love to hear about them in the responses section.

We know it may seem farfetched to look into resolutions to take and keep for the next decade. But we have weighed it in already while framing this blog, and every point mentioned here will help you excel in your life as a developer. Make sure you make these resolutions with a true heart, as they will really help you grow tomorrow. Good luck and have a Happy New Decade!