The Blockchain Technology came into limelight with the bitcoin whitepaper back in 2008. Since then, the term has been used all over the place by business leaders, enthusiasts, and visionaries while defining it as “the future”. However, few know that it isn’t so easy to successfully leverage blockchain business opportunities.

Blockchain is still relatively new compared to other emerging technologies. In fact, most businesses are still far from ready for integrating blockchain into their operations. Gartner’s 2019 Annual CIO Survey revealed that only 11% of CIO’s had either deployed blockchain or were ready to leverage blockchain business opportunities within the next 12 months.

However, the scope and potential of blockchain business opportunities in terms of revenue, scalability, and growth simply cannot be ignored. It’s hard to implement something as nascent as blockchain perfectly, but there’s a way to it. This post will tell you exactly that- how to succeed while using blockchain in such a competitive landscape.

It all begins with understanding what the hype is all about. Blockchain is one among the 3 most-hyped technologies today. The other two are Artificial Intelligence (AI) and the Internet of Things (IoT).

When comparing blockchain with the other two, it is quite clear that the former is far less understood, yet there are almost the same amount, if not more blockchain business opportunities.

The most hyped part about blockchain is exactly this- the business opportunities it presents. AI & IoT mostly have consumer-focused use cases and applications. Blockchain, on the other hand, can truly revolutionize how businesses conduct their day-to-day operations.

I’ll admit, most enterprises aren’t really interested in leveraging blockchain opportunities. But one reason why they aren’t is simply that they aren’t in a position to innovate. Innovation requires crossing limits and going to the extreme. Most firms won’t innovate not just because they lack the audacity to take risks, but because they’re happy with where they’re headed with the resources they have.

The same also applies to companies interested in taking advantage of blockchain business opportunities. Today, there are enterprises identifying blockchain use cases, but these enterprises are those who are too big to fail.

Then comes those not at all wanting to deploy blockchain. These firms are those seeking to imitate the pioneers in implementing specific blockchain business opportunities and doing it better than them by learning from their mistakes.

In the third-tier are firms who’re looking to ascend to the elite leagues, just like how developing nations do. They need an innovation which propels them to the first place in the race and helps them attain a competitive advantage. A few firms in this tier are the ones who will eventually succeed and become leaders in blockchain technology.

History presents itself as proof for this vision. The current leaders in tech- Microsoft, Amazon, Google, Apple, Facebook have not spawned out of large-scale enterprises that existed over two decades ago. They were the fruit of innovation coming from people who leveraged new technologies and created unprecedented business opportunities out of them.

“The hype around blockchain, even if true, is no substitute for hard work and business acumen. Having an actionable idea is a good start, but blockchain startups still need skilled advisors, technology partners, and often established strategic partners to succeed”

Finding a Mission With Blockchain

It’s a general rule with every enterprise, startup, or any kind of business- you should know what you’re running after. So as a leader for an enterprise, it is paramount for you to identify appropriate blockchain business opportunities. Blockchain, while being revolutionary in every sense, isn’t applicable to all kinds of business.

You may find some blockchain business opportunities nobody might have thought of only if you invest some time and effort into thinking. To put more precisely- thinking within boundaries!

What are these boundaries?

To quote Maciej Kranz, “using technology for making processes better, not just for the sake of it”.

Financing And Working Around Your Blockchain Project

Most Blockchain-based startups use token-based funding through ICO development to sustain their operations. These systems should be set up while abiding regulations and government authorities to ensure nothing runs the whole thing down.

The best advice I could give in this regard is to procure dependable sources of financing. Blockchain business opportunities are only being explored recently, so with more advancements, the need for flexibility and scalability will only rise.

The other rather common mistake one could make with financing blockchain is to treat this thing like a special kid. Aside from a few aspects of ICO and token creation, everything about a blockchain-based business is the same as any other business. Treating your blockchain project differently from conventional norms would only alienate it from the target audience. Thus, gradually drifting away from potential profitability into obsolescence.

Once you’ve figured out the above-mentioned aspects, what’s left would be to evaluate whether the blockchain business opportunities you’re working on really solves a business problem. To understand so, just ask yourself the following questions?

Once you’re ready with an appropriate answer to these questions. You would be set to successfully leverage existing blockchain business opportunities.

The next step en route to leveraging blockchain business opportunities is to get the right vendors to assist you in your project. For this, you can look for top blockchain development companies if you’re looking to outsource the technology development. Or hire expert blockchain developers in-house to work on the same.

You might have also figured out by now whether or not you’d need to leverage existing blockchain development platforms or link your business with other blockchain networks. Doing so would also require collaboration- something you should embrace because changing the world with an emerging technology such as blockchain isn’t a lone-wolf effort. If you have any queries, feel free to contact our team of developers and blockchain experts. 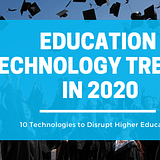