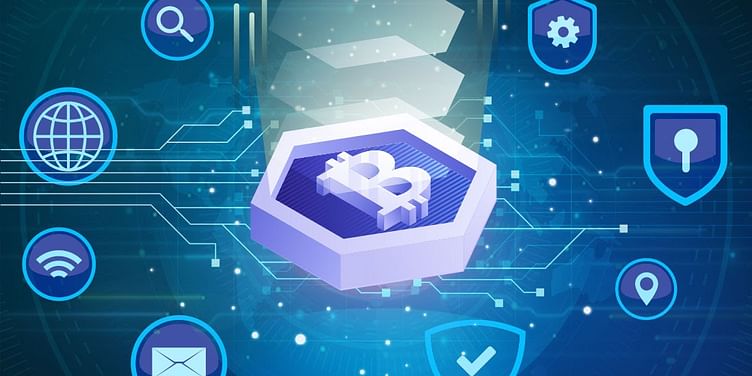 Blockchain is changing the mindset of businesses and governments as we know it. The sheer number of applications of the technology makes it next to impossible to list all. Once you finish reading this blog, you will get a gist of the potential -and power- of what blockchain technology has to offer.

Blockchain technology is a revolution for this changing technological world. It has immense applications, ranging from finance to healthcare and making secure payments to the internet of things, making its mark in almost every sector.

It is quickly becoming apparent that blockchain technology is much more common than bitcoin. The decentralised way of storing and accessing data makes the blockchain incredibly secure as there is not a single point of entry for attackers.

According to a survey, it is predicted that 10% of global GDP will be saved on the blockchain by the year 2025. This signifies that global authorities are making preparation for this change.

The impact of this technology can be as grand as the Internet revolution. This distributed blockchain system will change your life in the best possible way.

A blockchain is an open, distributed database that stores information. It is made up of data blocks where every block is connected to the previous one, thus creating a chain.

Every block comprises transaction records and a history of the block when it was created. Any individual or institution does not control a blockchain. Data is distributed in its entirety across multiple systems, meaning that anyone can view the entire chain.

Examples of Blockchain Technology In Real-World

Blockchain is a very reliable way of storing data about different types of transactions. Deloitte recently surveyed 1,000 companies in seven countries about integrating blockchain into their business operations.

Their survey found that 34% had a blockchain system already in production, whereas the other 41% were expecting to deploy a blockchain application within the next 12 months.

Here are some of the famous real-life uses of blockchain technology.

Traditional systems were inconvenient, error-prone, and quite slow. Mediators are often required to mediate the process and settle disputes. Naturally, it costs stress, time, and money.

In comparison to the traditional methods, users find blockchain cheaper, more transparent, and useful. The growing number of financial services are using this system to introduce innovations, such as smart bonds.

Most of the financial services organisations are involved in the blockchain for some time through their laboratories, investments, and pilots.

Traditional business processes were expensive and risky. In this process, each party, such as a broker, custodian, or settlement manager, keeps their records that make room for error.

Blockchain reduces errors by encrypting records. Concurrently, it simplifies the process, eliminating the need for intermediaries.

Blockchain is playing a crucial role in Healthcare as private health information is stored on the blockchain with a private key. And only specific individuals have access to this record.

The similar approach can be used to ensure that research is conducted via HIPAA laws in a much protected and highly secure manner.

Furthermore, the surgery receipts are stored on a blockchain and automatically sent to insurance providers as a validation.

Besides, it can also be used for normal health care management, like supervision of drugs, regulation compliance, test results, and management of health care supplies.

One of the most legitimate uses of blockchain technology is as a medium of speeding up the fund transfer from one party to another. It facilitates a much faster and reasonable transfer of money.

Now, banks are removed from the process, and transactions are done 24x7, most of the transactions handled on a blockchain can be dealt in a matter of seconds.

The global payments sector is flawed, expensive, and open to money laundering. Payment verification and settlement of cross-border transactions may take up to five business days.

With blockchain, real-time transactions can be easily accomplished, while banks are entirely left out of the equation, possibly reducing transaction fees.

Computer experts say that attackers can hack the electronic systems in order to manipulate the votes. The ledger will stop it since the votes are encrypted. Any voter can easily check that their votes were counted or not and can even ensure whom they voted for.

This system also saves money for the government. The blockchain also provides a platform for sensitive, open data. Startups can use this data to expose fraud schemes and farmers can use it to do accurate farm-cropping.

This data is open for citizens' input only once a year. Blockchain can disclose this data to the public whenever they need it. Moreover, it provides a self-managing platform for organisations, NGOs, and government agencies.

Blockchain technology can quickly fix this issue by constructing an all-inclusive and definite decentralised database of music rights.

At the same time, the decentralised ledger provides transparent communication of artists’ royalties and real-time delivery to all involved with labels. Now, individuals will be paid with digital currency as per the stated contract terms.

Blockchain can be beneficial, especially when there is a need to monitor the supply chain. Now, businesses can quickly fix inefficiencies within their supply chains, as well as locate items in real-time.

Also, blockchain will allow businesses, and possibly consumers, to see how products performed from a quality-control point of view as they travelled from their place of origin to the retailer.

Suppliers can use the blockchain to note the origin of the materials they have bought. And for doing so, they can also take help from the blockchain development companies. These companies help businesses easily verify the authenticity of their products by using blockchain solutions.

An example of this is sensors; it provides companies with end-to-end visibility of their supply chain by providing data on the status and condition of supply as they are delivered worldwide.

According to a Forbes report, the food industry is making the use of blockchain to track food paths and safety during its farm to user journeys.

Blockchain technology forms the basis for cryptocurrency like bitcoin. And currencies such as the US dollar are controlled and verified by a central authority, that is generally done by a bank or government.

If in case, the bank of customers collapse, or they reside in a country where the government is unstable, then the value of users' currency might be at risk. These are the concerns from which bitcoin was born.

Here, Blockchain plays its role, it lets bitcoin and other cryptocurrencies work without the need for central authority by spreading its operations across a network of computers.

The banking sector has immense benefits of integrating blockchain technology than any other industry. As we are all aware of, financial organisations only work during business hours.

That simply signifies that you can only deposit your checks and do all sort of banking work only in the business hours. If you are depositing any check on Friday evening, then you have to wait until Monday morning to see if the money has come to your account.

Well, even if you have deposited your check during business hours, then also the transaction may take one to three days to verify the transactions. Whereas Blockchain technology never rests and this could be the major advantage for the banking sector.

Banks are incorporating blockchain technology so that their customers can process the transactions in just about 10 minutes. Blockchain is providing banks with the opportunity to exchange funds between institutions in a very fast and secure manner.

A smart contract is built into the blockchain technology to verify an agreement of a contract. It works under a set of certain constraints that users have to agree with. When those conditions in the contract are met, the terms of the agreement are unquestionably fulfilled.

Blockchain not only fulfils the requirement of third parties but also ensures that all ledger participants know the details of the contract. And the terms of the agreement are automatically enforced upon the completion of the terms.

You can make use of smart contracts for all kinds of scenarios, such as financial by-products, insurance premiums, property laws, and for making financing agreements.

As per the World Bank, there are more than 1.1 billion people in the world who don't have either way to prove their identity. Concurrently, financial organisations are required to follow the KYC initiative to know their customers’ details.

Many providers are still not appropriately meeting these standards. To make things more complicated, rules vary widely from jurisdiction to jurisdiction.

Several giant companies like IBM, Microsoft, and Cisco are adopting the blockchain technology to securely and privately perform the validation of their customers.

As per Gartner, more than 26 billion IoT-connected devices will be active by the end of 2020 and it is estimated that by 2026 the IoT market will grow to $ 3 trillion annually.

Blockchain-enabled IoT devices will work faster and more securely to enable less centralised control over the financial industry, Internet usage, and ownership rights for both users and businesses.

Helium uses a decentralised machine network to connect anything over the Internet through a blockchain, wireless network, and open-source software.

Blockchain technology is extensively used in the real estate industry, from property purchasing to title management. The technology could be used to create efficient solutions for both commercial and residential real estate. Ukraine was the first nation to use blockchain to facilitate a property deal.

The deal was done with the help of smart contracts on the Ethereum blockchain and is the first of several to be accomplished by Propy; a startup specialising in blockchain-based real estate deals.

The examples of blockchain technology in the real-world are growing with each passing day. It is difficult to find a field that is not influenced by this technology.

So, keeping all these applications of blockchain in mind, you can contact the blockchain development company to integrate this technology into your respective services. It helps in improving your business and would also help in managing fair trade.