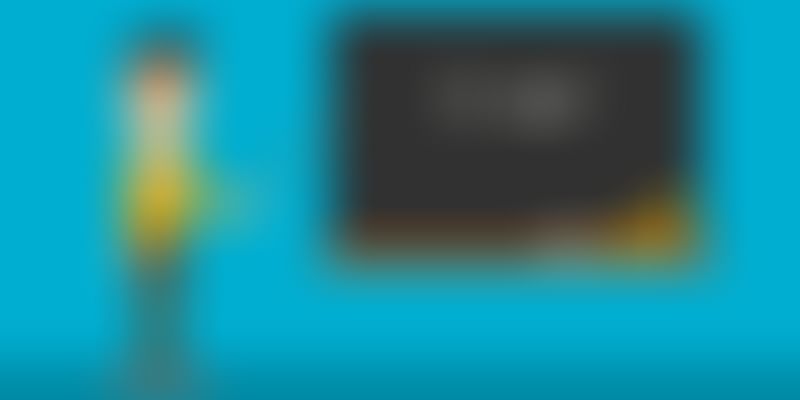 With schools closing down due to the pandemic, these teachers made sure learning did not come to a grinding halt. In fact, some of them even turned out to be silent heroes by helping the underserved, as they found apt alternatives to regular classrooms.

When the nationwide lockdown was announced by Prime Minister Narendra Modi last March, schools shut down overnight, with no visibility on how learning will continue. Never before had anyone encountered this kind of unprecedented pause to the education system at a universal scale, and justifiably, nobody had answers.

While children cheered the sudden break from hectic school work, parents and teachers had a new worry - how to ensure children remained motivated and inspired when everything was far from the usual?  With no one having any clue about when things would change back to “normal”, the next best thing to do was adapt! And adapt we did, in the form of virtual classrooms and recorded classes.

However, this was a privilege that not many students could afford. As a recent YourStory article cites, most low-income Indian households got their first phones in 2020 as a means to be in touch with virtual learning and yet, there were many who were not able to afford even this.

But thanks to a number of individuals and NGOs, a whole lot of students across India managed to tide through. SocialStory remembers and honours the efforts of some of the teachers and individuals who went out of their way to educate the most vulnerable sections of India.

Subrata Pati from Kolkata teaches at two educational institutions — Adamas University and RICE Education. His village is in West Bengal's Jangalmahal area, where the internet connection is very patchy.

The 35-year-old, after facing several connectivity issues, decided to climb a neem tree neighbouring his home to take care of his internet troubles. Every morning, Subrata used to sit on a platform that rests on tree branches, which he made with help from his friends. The platform is made of bamboo, gunny sacks, and hay.

Through his Nirbhed Foundation, Sushil Kumar Meena has been teaching underprivileged kids for the longest time, imparting basic education to them. During the lockdown, online classes were almost impossible to conduct with the poor connectivity of those areas.

To curb this situation, he initiated a project called Main Bhi Hoon Shikshak (I am also a teacher) where they trained students of Classes 8 and above to be a teacher. These children could then teach younger children in and around their homes.

A mathematics teacher residing in Kashmir, Muneer Alam wakes up at 4:30 am these days, drives to Srinagar’s Old Town area with a whiteboard stand and walks 500 metres into the green cover of the forest. Here, he conducts an ‘open-air’ mathematics class, which attracts many students in and around the town.

Earlier, Muneer conducted classes at his coaching institute, but due to the lockdown, it was closed temporarily. When teaching online with only a 2G internet connection also failed, he started taking the classes open-air.

Pune-based Chemistry teacher, Moumita B. who did not own a tripod, used innovation instead to create a classroom environment. With a ‘jugaad’ classroom setup of a makeshift stand that involved a clothes hangar and some pieces of cloth strips, her innovation was an internet sensation.

Her only motive was to create an interactive classroom environment with a board, so her students can find the lessons fruitful.

The police officials part of Vithura police station in Kerala's Thiruvananthapuram district, went beyond their call of duty to teach children at a tribal hamlet in a nearby forest. The personnel traversed through tough terrains and hills to impart education to the students in the area.

In fact, one of the police stations was also made child-friendly, remodelled into a child-friendly space and inaugurated by Loknath Behara, the Kerala Director General of Police.

The teachers of government schools in Jharkhand ‘adopted’ students who did not have an internet connection or access to smartphones, and visited them every week to make digital content accessible to them.

The teachers also made an effort to personally guide these students so that they stay on par with students with internet connections. The students were placed under specific teachers, who further divided them into different groups and guided them accordingly.

Why Farida Rizwan believes every child deserves an inclusive education

Four engineers and friends from Tamil Nadu — Arvind, Vignesh, Bhavanishankar, and Sarathas —turned teachers amidst the pandemic, helping the children of farmers continue their learning during the lockdown.

In the quaint hamlet of Thondaiman Oorani in Pudukottai, Tamil Nadu, these four civil aspirants worked hard to bridge the digital divide in a village which has over 1,500 residents, most of whom are farm labourers and MGNREGA workers, for whom owning a smartphone is a luxury.

Besides his day job as a police official, Shantappa Jadammanavar has been donning the hat of a teacher. Every morning at 7 am, Shantappa took a detour to teach roughly 30 kids at a migrant worker settlement in Nagarbhavi, Bengaluru.

He engages the students in Vedic mathematics, general knowledge, and value education for about an hour, before heading for duty at around 8.30 am.

Online classes were a far-fetched dream for many Indian students, and 12-year-old Raj from Indore, who aspires to be a cop, was one among them.

A Station House Officer from Palasia, Indore, Vinod Dikshit doubled up as a tutor for Raj, and took classes for the boy. After his duty ended, he spent about two hours teaching English and Maths to this young boy. Vinod made a makeshift classroom in the open-air, with his vehicle’s bonnet serving as a study table. The classes took place under the streetlights, by the roadside, or in front of an ATM.

He opened to an open-air school with the motto, ‘Har Haath Mein Kalam’ (a pen in every hand) near the railway track of the Unnao station. While initially, the classes saw only around five students, by the end of that month, it had attracted about 15 students. However, Rohit was the only teacher for these children.

Horrified by cruelty, this animal lover started an NGO that has rescued more than 6,000 animals in Karnataka