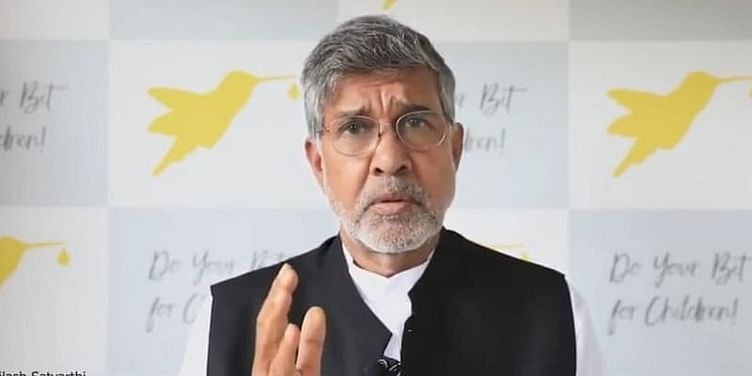 Children dream big. They think of becoming astronauts, pilots, engineers, or even movie stars when they grow up. However, many are unable to realise their full potential and capabilities, and instead, end up working in mines and factories.

One person who has been leading the fight against child labour for years is Nobel laureate Kailash Satyarthi. Awarded the Nobel Peace Prize in 2014 along with Malala Yousafzai, Satyarthi believes that there is no greater crime than stopping a child from dreaming big.

Every year, on his birthday on January 11, Kailash Satyarthi Children Foundation celebrates ‘Surakshit Bachpan Diwas’ (Secure the Childhood Day) as a call to ensure child rights.

Since 1980, Kailash Satyarthi has freed and rehabilitated more than one lakh children from the shackles of child labour. Many of them have set an example for others by getting an education from a children’s retreat founded by Satyarthi and his wife, Sumedha Satyarthi. Situated among the Aravallis in Rajasthan’s Viratnagar, the place is a first of its kind rehabilitation centre for rescued child labourers, and plays a big part in educating them through flagship programmes like Bal Mitr Gram (BMG) and Freedom Fellow Fund.

Here are some of the changemakers who have emerged from the programmes to work for the betterment of society.

Shubham Rathore’s journey from being a child labourer to an electrical engineer is inspiring many. Last year, the 25-year-old was also selected for Ashoka University’s Young India Fellowship.

Due to poverty, Shubham was forced to work at a roadside stall in Mandsaur at the age of 13. In May 2009, he came across BBA - ‘Bachpan Bachao Andolan’ (Save the Childhood movement) - because of which he was able to escape labour and was admitted to the rehabilitation centre.

He completed his primary education and pursued electrical engineering from Laxmi Devi Institute of Engineering and Technology at Alwar, Rajasthan. After graduation, he started working as an associate engineer with Grid Corporation of India Ltd.

He is also empathetic towards child rights activists, saying,

“To protect and enrich our society, we must use the capabilities of the youth and children. I request the youth to make our world a better place for children.”

Meet this former child labourer, who feeds about 2,000 people every day

Sachin Kumar, 18, is a second-year student enrolled in a five-year dual-degree programme of BBA and MBA at Sanskriti University. Hailing from Uttar Pradesh’s Auriya district, he is the eldest among his siblings and completed his primary education there.

After the passing of his father, Sachin’s mother started working as a labourer. Due to the poor financial condition of his family, Sachin went to Delhi started working in a factory that manufactured utensils.

He was soon rescued by BBA and was sent to the rehabilitation centre for his education, and stood out for his interest in management.

“I always wanted to start a business and want to become an entrepreneur so that I can motivate the youth to do the same,” he says.

After losing his mother at an early age, 18-year-old Manish Kumar had to resort to begging in trains. After he was rescued, he studied hard at the centre and was able to secure admission to SRM University of Science and Technology to pursue a bachelor's degree in Physiotherapy.

After completing the course, he wants to do social work, saying,

“I am greatly inspired by Kailash Satyarthi’s selfless devotion to helping others. After becoming a physiotherapist, I want to provide my services for free to marginalised communities.”

Twenty-four-year-old Rukhsana hails from a poor family from Meerut, Uttar Pradesh. However, she didn’t let her poverty get in the way of her dreams.

A ray of hope for her community, she completed her undergraduate studies at Chaudhary Charan Singh University and joined Kailash Satyarthi Children’s Foundation. She became a part of ‘The Freedom Fellow Education Fund’ and completed a diploma course on elementary education. Now, she is pursuing her post-graduate studies.

She wants to be an educator and says,

“My goal is to become a teacher and I want to establish a school for Dalit children where I would teach them for free and enable girls to study.”