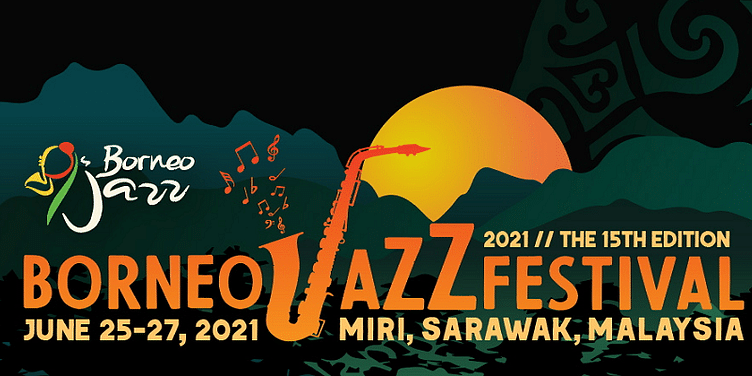 The show must go on. One of Asia’s renowned music festivals pivots to a new format this year – a virtual showcase of past and present performances.

Held every summer in the east Malaysian city of Miri in Sarawak, the annual Borneo Jazz Festival (BJF) carries on in a new format in the times of COVID-19 – an online showcase.

This year, Borneo Jazz Festival 2021 Virtual Journey is highlighting some of the outstanding performers right since its first edition in 2006. The showcase can be viewed online for free, from 6:00-7:30 pm (Malaysia Standard Time), on the weekend of June 25-27.

“COVID-19 has shown us how important digital and social media have been for artistes to reach out to their audience and maintain their fan following throughout the pandemic,” says Sharzede Datu Salleh Askor, CEO, Sarawak Tourism Board (STB).

BJF was earlier held at Miri’s Parkcity Everly Hotel, before moving to Coco Cabana in Marina Bay, next to the iconic Seahorse Lighthouse. I covered three editions of the festival, across both venues, as shown in some of the pictures in this three-part photo essay.

The three-day programme will include interviews with local and international jazz artistes. Being a virtual platform, a broader pool of music lovers can view the musical shows. The online event will include giveaways, free tickets to next year’s events, and attractive merchandise items such as printed batik face masks.

Some of the recent festivals have been curated by Evelyn Hii, Founder of the jazz club No Black Tie in Kuala Lumpur. In pandemic times, the club has also pivoted to an online format. Evelyn is from Sarawak, and is a trained pianist. The club has recorded and released more than ten CDs as well.

Some of the earlier performers from India have included Dhruv Ghanekar, Gino Banks, and Sheldon D’Silva. Renowned Malaysian percussionist Lewis Pragasam, founder of AsiaBeat, has also been featured at the festival.

Local performers showcased this year will include Clinton Jerome Chua, O-Ha Soul Band, Nisa Addina, Pete Kallang , and Ta'Dan Performance. There will be interviews with musicians like pianist Jeremy Monteiro, as well as music curator and cultural director Gracie Geikie.

“For me, jazz music has always been one of the earlier genres that shaped modern music that you hear now. If it weren’t for jazz, you would not hear most of the stuff you hear now,” explains Clinton Jerome Chua, in a chat with YourStory. His favourite styles are soul jazz and mainstream jazz.

“Another thing that inspires me would be how technical jazz music can be, but it also has a balance of soul and feel to it,” he adds. He was born and raised in Miri, and has been active in recording and performing.

Clinton formed his first band when he moved to Kuala Lumpur in 2017. “I met the band members through mutual friends and gigs, and we decided to stick to each other,” he recalls.

The pandemic has drastically impacted the livelihood of musicians. “Not being able to do what we've been doing for years really challenged us to adapt to this new lifestyle,” he says.

“For me personally, it did spark some ideas in terms of content and music, taking a different approach to the materials I've released. I am thankful for that,” Clinton explains.

He is working on an EP project as well, and says he is grateful and honoured to be featured at the festival again this year. “This festival has so much sentimental value for me as I grew up watching the festival in my hometown,” he explains.

“It's always a blessing to be able to perform as this is what I love to do. To be able to share a platform with talented musicians from around the world is really humbling,” Clinton signs off.

Weekend binge: Here’s how overeating on holidays can affect your body and mind

Change your game plan: switch off those gadgets and get ready for board games on Table Top Day