From pastel palettes to attar options, how FNP plans to become the go-to gifting company in the Gulf 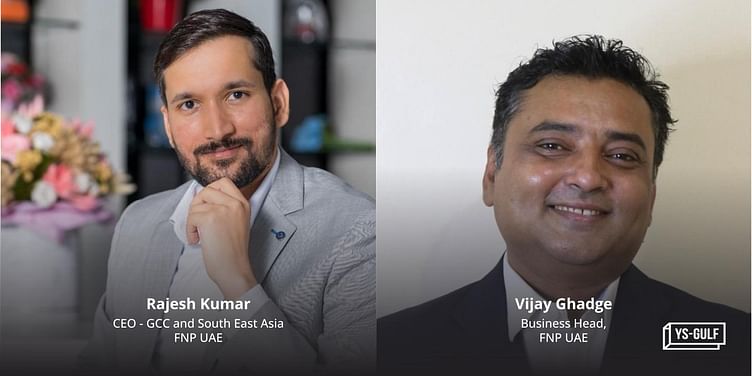 FNP is extremely popular in India for same-day gifting. With an ‘aggressive and bullish plan’, the gifting company aims to gain similar popularity in the Gulf.

FNP has always been ubiquitous for last-minute gifting. What began as a humble 200 sq ft flower shop in South Delhi in 1994, has now grown across India, with a strong online and offline presence.

The company, which went online in 2022, now has more than 400 outlets across India.

In 2015, FNP decided to tap the international market by launching in the UAE. The team led by Rajesh Kumar, CEO of FNP GCC and South East Asia, realised the region’s cultural diversity was both a scope and a challenge.

“The kind of customer base we were dealing with in the UAE was completely different from India. This is a cosmopolitan country with people from almost all parts of the world. Our plans had to keep this diversity in mind,” Rajesh recalls.

Today, the Gulf market contributes almost 10-25% of the company’s overall ecommerce business. The average basket size in the UAE is approximately AED300 ($81.68).

But Rajesh has bigger plans. With a team of around 280 people in the Gulf, Rajesh plans to make FNP the most popular gifting solution in the region.

FNP currently has both an online and offline presence in the UAE, Qatar, and Singapore.

When the company was planning to expand internationally, the team had two countries in mind - Singapore and the UAE. The team decided to explore the latter because of certain “favourable parameters”.

“Apart from favourable GDP growth and ease of doing business, the per capita income of the population was something that caught our attention. About 95% of the population in the UAE is from other countries. These people have a higher per capita gifting expenditure. So, we decided to first expand in the UAE,” says Vijay Ghadge, Vice President and Business Head at FNP.

Rajesh adds that the team had to change the entire product line, and introduce new verticals and catalogues to cater to the cosmopolitan country.

“For example, the flowers popularly gifted in the region include tulips, sunflowers, and others in a pastel colour palette. Perfumes or attars are a popular choice of gifts among Emiratis. The Russians, meanwhile, believe in gifting flowers in odd numbers.

"Local nuances had to be kept in mind when we were introducing products and catalogues in the region,” Rajesh says.

To understand the cultural diversity of the Emirates better, FNP collaborated with several local organisations, including charities and law enforcement agencies. They have partnered with campaigns for breast cancer awareness, differently-abled people, autism, and more.

However, the journey was not always a bed of roses.

The FNP team realised that the climate conditions of the region could pose a big challenge, especially in maintaining their stock.

“Unlike India, where most of our flower stock is sourced from within the country, in the UAE we had to rely on flowers imported from Holland, Kenya, and Ecuador. We had to build chillers and temperature control rooms from the ground up to store these imported flowers,” Rajesh says.

The team has collaborated with logistical partners like DHL to import flowers. It also maintains a bakery for making sweet treats and a fleet for delivery of gifts. At present, FNP has a retail presence in three locations across the UAE and one in Doha, Qatar.

This demand, combined with offers and discounts, has contributed to the growth of the ecommerce sector. The rich gifting culture in the Arab region is also rapidly boosting demand for online gifting.

FNP competes with companies such as Dubai-based Joi Gifts, and Kuwait-based companies Floward and Bleems.

FNP has a “bullish plan” to become the go-to gifting store for the MENA region. The team is currently working on creating a website in Arabic, and is working on three more verticals to cater to Kuwait, Bahrain, and Oman.

The team hopes that the region’s contribution to the ecommerce business would increase at a compound annual growth rate (CAGR) of 30-40% in the next three years.

To grow, the team will tap the $27 million funding FNP raised from Lighthouse India in March 2022. The money is being utilised to further expansion plans, find the right talent pool, and improve technology.