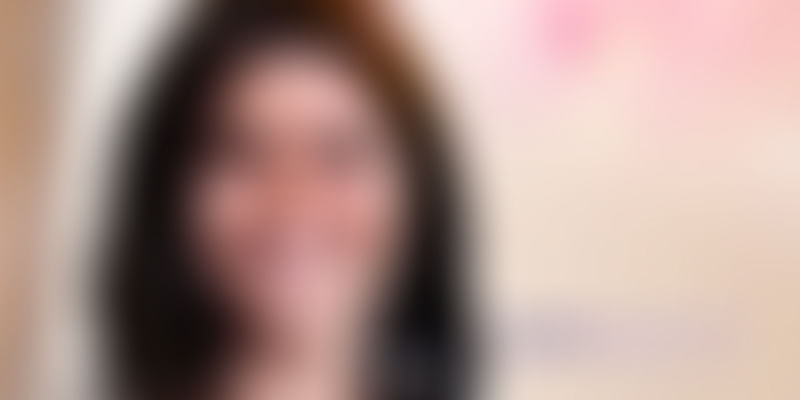 An Engineer by academics and a self-confessed MBA dropout, Smita Agarwal slogged in the corporate world of IT and Investment Banking for a decade before she opted to move out.

But not before she got a business idea. A frequent traveler, her trips involved short stays in different cities and countries during her corporate tenure. While most foreign countries had multiple and affordable options to choose from (like formal, non-formal, homestays, hotels etc) she found it hard in India and especially Bengaluru, to find a safe and clean place to stay in unless she chose a four or five star accommodation.

It didn’t help when she heard similar stories from expat friends and colleagues too who would criticize Indian hospitality, particularly the stay options for being unclean and unhygienic despite being expensive.

It is this feedback combined with her experience that made her decide to launch a one-of-its-kind chain of boutique style B&B (Bed & Breakfast), StayWithUs, in Bengaluru to offer clean, homely, safe and friendly stay options to travelers.

StayWithUs today is equally popular among long and short term business and leisure travelers. As Smita says, its USP is in offering places which are ‘home away from home’ for travelers and they can live here (and not just stay) without missing home comforts including home food.

Father, the inspiration behind starting up

Hailing from a small city in Rajasthan, Smita had great fun growing up with friends and family in what was quite a liberal household. Being the youngest of seven siblings, she sure had a tough time fighting her way out. “Each one wanted to boss around me,” she says on a lighter note.

It was her father who inspired her immensely. A self-made man, he always instilled in her a sense of discipline and hard work.

He had his own dreams which he chased relentlessly and was a visionary. He was self-motivated and self-taught himself before he went on to start his own venture. Had there been a term called entrepreneur then, he surely would have been categorized as one,

says Smita who adds that she was always very driven as an individual and equally ambitious to do something really big in life.

Smita did write her examination for Hotel Management and cleared it too but her father objected to her pursuing a career in that field and wanted her to do something much more ‘respectable’, which in those days perhaps meant being an Engineer or Doctor.

This entrepreneur started her venture in 2012 with zero experience but has gained a lot from her practical exposure in the hospitality sector.

The first guest at StayWithUs

The first guest at StayWithUs was a lady from Spain, who had booked the place for three nights before

arriving. She landed here one afternoon and had no idea of how things worked in India.“I checked her in that afternoon and then went away and came back the next afternoon to check on her. I was shocked to hear that she did not step out and just survived the entire time on some biscuits she was carrying with her. When I checked with her, she said that she tried to walk on the streets and go out but was so scared that she came back. It was shocking to hear that and I took her out for a nice meal to get her acquainted with the city and the norms of India, after which she felt confident to go out on her own,” recalls Smita. She had booked another three nights in a different hotel, to get an experience of staying at different areas but she returned to StayWithUs as she did not have a particularly good experience there. Since Smita was fully booked and could not accomodate her she took her home for the remaining days that she was in India.

The home meals, in particular, enthralled her.

While her venture keeps her busy most of the time, she likes to dabble with colours on a canvas or sing and dance in her leisure hour.