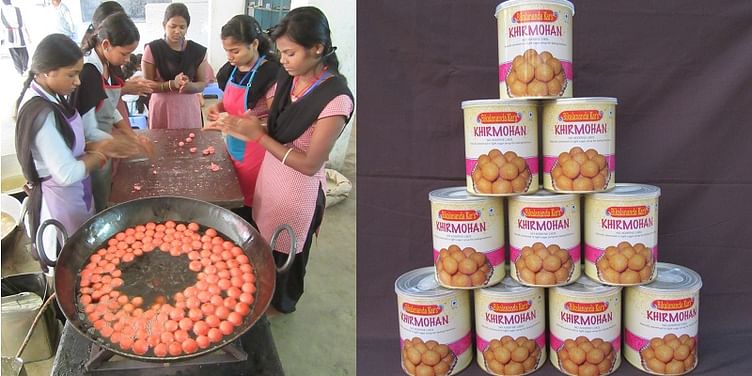 October, 1954. The Karthik moon would have been full and yellow in a clear indigo sky; thousands of tiny boats made of cork or banana tree barks, carrying oil lamps, would be journeying in the Mahanadi – let afloat by eager children celebrating the Bali Jathra (voyage to Bali). The festival, one of the biggest in Orissa, marks the day ancient seafarers left for the distant shores of Bali, Java and Sumatra in Indonesia for trade. On the shores of the Mahanadi, near the Barabati fort, the large open fair would be in full swing. People all over Orissa would be thronging this historic area of Cuttack buying everything from toys to curios to clothes and gifts.

An affable man in his early fifties would have been there too – in a temporary stall complete with a generator set, doing brisk business. His ‘kheer mohana’ would have been so popular that for a distant observer it would have looked like the fat, round and pinkish rosogollas, simply appeared and disappeared, as if by magic.

For Bikalananda Kar, the sweet journey to extraordinary success had just begun.

Born in 1902 to a poor Brahmin family in a village near Salepur, around 25km from Cuttack, Bikalananda was so named because he was born after years of frantic prayers to Lord Shiva. Bikala literally means ‘desperate craving’. Poverty did not give him much chance to educate himself and he had to go to Calcutta in his early teens to eke out a living.

In Calcutta, he found employment in a railway officer’s house where he was treated warmly. Eventually, he ended up as a worker in a sweetmeat shop. A quick learner, here he picked up the art of making sweets. But his heart was in Orissa and he wanted to return home. So he did a few years hence.

Back in Salepur, the owner of a sweet shop wanted to retire and was looking to sell his dwindling business. Bikalananda jumped at the opportunity. He must have been around 25 then, and the sweet shop a makeshift hut. Neither his inexperience nor the size of the business deterred him from laying the foundation for why Bikali Kar Rosogollas have such a huge brand value in Orissa and beyond today.

His rosogollas were an immediate hit. Soon, word spread in the Salepur market about the delicious treats and people began visiting his shop from nearby areas and invariably went away with handis full of rosogollas. Not one to rest on local laurels, Bikalananda began travelling to various village fairs and set up temporary stalls to sell his rosogollas. His journeys were made on bullock carts and since there was no electricity those days, he used to haul along generator sets too. In hindsight, this was a crucial factor in people from all over Orissa hearing about Bikali Kar Rosogollas and eventually associating it with excellence and quality.

His reputation grew and so did the brand value but expanding the rosogolla business was proving to be difficult because of its very nature. To make a rosogolla that is juicy but not watery, soft and yet not chewy, cheesy and not rubbery, is an art that demands utter perfection. It means knowing the exact consistency of the cottage cheese and the right way to ‘cut’ it. It was only Bikalananda who had perfected this ‘secret’ over the years, especially so with the ‘kheer mohana’, a fatter, pinker version of rosogolla, which was his specialty. Also, rosogolla was not a sweet that lent itself to packaging and transporting – its shelf life was short and its quality would deteriorate rapidly.

Bikali Kar Rosogollas though became a household name despite these problems. In fact, so successful was the business that Bikalananda made a huge donation to the Salepur College when it was started in 1964 – thus sealing his reputation in the region forever. After his death in 1971, the business was run by his sons and they followed his vision of building social capital. They started the Bikalananda Kar Trust in 1984 that gave out scholarships to poor students. Even today, the trust – an early example of corporate social responsibility – continues the good work, adding to the business’ credibility.

Bikali Kar's second-born, Debendranath Kar, was no less a visionary himself. He realised that if the rosogollas have to reach every house in Orissa and beyond, they need to be packaged. He invested in a lot of packaging machinery and had all plans in place to begin the operations in 1987. But tragedy struck and Debendranath died in a car accident. The machinery lay rusting in the godowns.

Soon after his death, the business saw a change of hands and, Prashant Kar, the younger son, took over. Prashant narrates how the packaging eventually came about after much trial and error. They used tins and plastic but exactly how the rosogolla recipe had to be tweaked so that it stays fresh was the trick – and they had to perfect this from scratch. After much back and forth, they discovered that if the syrup is thinner and the rosogolla chewier, it would stay fresh for longer. And thus, Bikali Kar Rosogollas became pioneers yet again.

Prashant tells us that the business saw its next milestone with the establishment of the B K Training Institute in 2004 to train apprentices in the fine art of rosogolla-making. The only such institute in India, Kar hopes it will not only provide a vocation to the people of the region but also train enough apprentices to enable Bikali Kar to begin franchises at other places in India. Though the institute charges around Rs 15,000 for a course, those who can afford the cost rarely take it up. Instead, poor students (for whom it is free) come to the institute in the hope of it leading to a job.

The size of the rosogolla business in Orissa is nearly Rs 100 crore, of which Bikali Kar has the lion’s share. Bikali Kar has three outlets in Bhubaneswar and one in Cuttack but the majority of its operations are still in Salepur. The rosogollas sell mostly in bulk; one tin usually is priced at around Rs 200 per kg within India, while it can go up to Rs 600 per kg when it is exported. What must have once started with an investment of a few rupees (the amount Bikalananda Kar must have spent to buy the failing sweet shop business) is today flourishing and looking desperately to expand. Expansion has been difficult because of the lack of trained staff. Once the Salepur Institute is able to produce a steady stream of trained workers, Prashant hopes his franchise dreams will begin to take shape. “I hope to see a Bikali Kar Rosogolla outlet in every big city in India selling our kheer mohanas and diversifying into other sweets and savouries,” he says.

Bikalananda Kar would certainly approve of this dream.

How this Mumbai-based proptech startup is guaranteeing customers home sales