Getting back to life: Prateek’s journey from a wheelchair to standing tall is pure inspiration 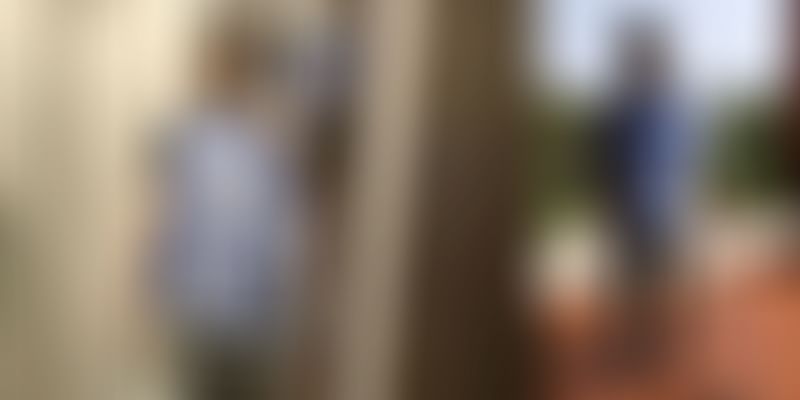 In his pursuit of happiness and well-being, Prateek has succeeded in defeating all odds.

Doctors had informed the 28-year-old man that he should be prepared to spend the rest of his life in a wheelchair post a spinal cord injury. However, Prateek Khandelwal refused to give in. He challenged the negativity which surrounded this injury and vowed to work towards the path of recovery. Today, almost 33 months after the incident, Prateek, now 31 years old, has not only given up his wheelchair but also gained movement through sheer hard work and dedication. He now stands on his feet and walks with the help of just elbow crutches.

The journey from entrepreneur to survivor

A graduate from PESIT, Bengaluru, Prateek was successfully managing his business, RPN Granites, had set up his own house in the city, owned a car, and was about to get engaged to his long-time girlfriend. “I had everything that I dreamt of in my 20s. I was living my life, but May 30, 2014, changed everything,” he recalls.

While talking to his friend in an under-construction building, Prateek tripped and fell down the stairs, landing one floor below. Two weeks after multiple surgeries on his head and spinal cord he was introduced to his “new” life. His spinal cord was injured, which resulted in loss of motor function below the waist — in short, paralysis. This was followed by loss of bladder control, erratic bowel movements, and muscle spasms.

The doctors failed to provide him with a road map for his journey ahead. They informed his parents that they should start physiotherapy and be prepared for a difficult future because recovering from a spinal injury is extremely difficult, if not impossible.

"None of this would have happened without the support I have received from my parents and brother throughout this fight."

Initially, Prateek failed to understand the gravity of the situation. He started his physiotherapy and thought walking again was merely a matter of a few months, even if only slowly. By January 2015, Prateek started to train under Pradeep Thotekat, who helped him concentrate on his exercise and regain his movement slowly.

Fifteen months post his accident, Prateek suffered another blow. His long-term relationship came to an end when his girlfriend told him that, “I am responsibility and there is no magic which can heal me. You can never recover from a spinal cord injury. Nobody does. And that is it!”

At first, he was in shock, but three weeks later, Prateek decided that this was not the end of his journey. He took stock of his situation and vowed to focus solely on directing all his energy towards recovery.

“Probably, till now I was hoping for some magic, that I will recover completely — just like that! I realised that now I have to get down to the basics and I have to recover.”

The path to recovery came one step at a time

In September 2015, he started working again. From chasing potential clients to emailing them about the latest stocks, Prateek now handles the sales and marketing for his company. Further, he started working towards strengthening his muscles and tried to become independent at home. Slowly, he was able to shift from the bed to his wheelchair without the support of his helper, and within no time, he was able to move about freely within the four walls of the house.

Prateek made short-term goals for his recovery: “I decided to take control of my body. I said to myself that in the end, it is my body and it better listen to me, and, in turn, I started to listen to my body as well.” He started to monitor his bladder and would drink liquids at specific times. To combat constipation, he opted for a balanced nutrition-rich diet of salads and vegetables over medicines.

Prateek refused to get depressed and dejected; he directed all his energy towards his goal alone. It took him months to get small things under control, but he continued to remain optimistic.

The internet failed to provide success stories and images of wheelchair-bound people continued to surface whenever Prateek tried to enquire about his injury online. “I just couldn't connect to it (the wheelchair),” he says. Hence, he took refuge in his physiotherapy and spent 8–10 hours exercising daily.

Towards social rehabilitation and combating stereotypes

Until December 2015, Prateek remained a social recluse. His friends did not know how to talk to him and his life was confined to his room, gym, and the physiotherapy centre. When his friend, who was also wheelchair-bound, invited him for lunch, Prateek wondered how he would go there. The two friends met at a five-star hotel and spoke for hours. From lunch, he went on to meet all his other close friends as well.

Later that night, Prateek was happy and after 18 long months, he felt alive. And this was just the beginning.

He realised that social rehabilitation was as important as mental and physical recovery. He began meeting his friends more often and would go out on the weekends with them. Slowly, he also started to open up about his injury; he would document his exercises and movements, sharing them with his friends via video capsules. He fed on the positive response which echoed from all directions.

By getting back to his social life, Prateek was sending a message to his community that, “You don't need to judge me just because I am in a wheelchair right now. My spirit inside me is still the same. And my soul is absolutely free. And when I started doing this, I saw a change in their attitude too.”

Prateek had his first taste of a truly independent life in March 2016, when he travelled to his friend’s house to watch the India-Pakistan T20 match by Uber. And later, within a few months, he had moved from the walker to the elbow crutches. By September, his movement shifted outdoors. He now had mobility, freedom, and most importantly, confidence.

India is still not disabled-friendly country — wheelchair accessibility and disabled-friendly toilets remain a problem. Initially, people are shocked by your behaviour as they have always seen disability and wheelchair through a lens of sympathy, he explains. However, when you exude confidence and make it clear that you need not sympathy but support, there is a positive change in people. Prateek says,

“Injury often forces people to think about a life around the wheelchair. And there are a lot of people who are doing brilliant work and they are my inspiration. But my fight is not about the best thing I can do in my wheelchair — it is about the transformation from a wheelchair to a wheelchair-free life.”