Banks lag in fintech, startup acquisitions will make them relevant 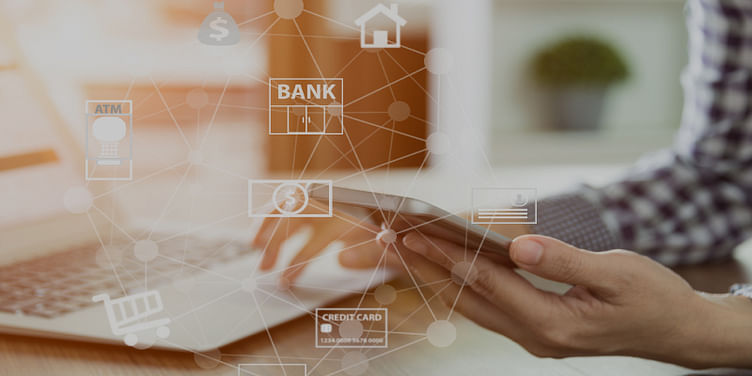 The acquisition of FreeCharge by Axis Bank has opened the doors to more such deals in the future. Are banks and fintech startups now working towards a common ground?

It was early 2016 and Rajiv Anand, the Executive Director of Retail Banking at Axis Bank, was hard at work with his team to figure out the impact of the digital world on banking. Among the questions he asked his team was whether the present day consumers know how a bank would look in the future.

His team realised that the answers are not going to come from their bank, but from the people outside his company. Young people in urban centres are no longer going to be in a physical bank branch, but are going to be exploring the bank digitally.

In a matter of six months Axis Bank set up “Thought Factory” and today they have offered commercial contracts to startups that have graduated from the first batch.

One can say that in July 2017, the marriage between Axis Bank and startups was the best move that happened in the banking sector since a decade. Axis Bank’s acquisition of mobile wallet company FreeCharge for Rs 385 crore in an all-cash deal has taken that relationship further, quite possibly opening the doors to more such deals in the future.

If one tracks banking, they would know that there has been very little innovation in banking for over 100 years other than the use of computers from the late 60s and to having digital applications in the early part of the 80s. These behemoths are finally admitting that there is a need to partner with young companies to understand the digital evolution.

Therefore Axis Banks’s first bunch of startups which are S2Pay, FintechLabs, Perpule, Pally, Paymatrix, and Gieom are indeed defining how banks should function in the future. Of these startups Pally, FintechLabs and Gieom have been selected for long-term engagements with the bank.

These innovative tie-ups are not stopping with Axis Bank alone. YES Bank has partnered with startups in multiple domains, including payments, security, artificial intelligence, BlockChain, lending, big data, and others.

“Due to UPI partnerships, the bank has seen an increase of over 20 million partner apps being downloaded.”

When the YES FINTECH accelerator was launched, the bank’s focus was on “creating solutions” rather than looking at startups as investment opportunities.

“It is a unique programme, no upfront equity commitment sought from startups,” adds Ritesh.

All this leads us to one logical conclusion. Banks are going to acquire some of these startups and usher in an era of Indian companies finally loosening their purse strings for innovative technologies. The market is gung-ho about the whole situation.

When will the bells ring again for an acquisition?

Sanjeev Chandak, Founder of Ftcash, says that in some cases, banks may think of acquiring startups that fit into their strategic plans. Similarly, Neha Punater from KPMG says, “Banks might acquire fintech startups if they offer innovative technologies that make the bank maintain a competitive edge on the business side.”

Startups are offering that competitive edge. From just being payment gateways or comparison sites, startups have broadened their base to include a comprehensive range of financial products ranging from credit cards, fixed deposits, insurance plans to mutual funds in a paperless medium.

“Fifty banks and financial institutions have deployed the solutions of BankBazaar to scale and increase penetration in the market.”

There are several other partnerships too.

Mobile payments and loans startup ftcash too has launched Unified Payment Interface (UPI) for merchants in association with ICICI Bank. Since the startup has also entered into lending business in March this year, it has tied up with HDFC Bank to facilitate loans for merchants to allow them to repay loans directly through its platform.

Mumbai-based multi-bank payment app Chillr has partnered with 10 banks directly on IMPS and has launched UPI with HDFC bank. It has used their partner banks’ APIs to facilitate payments for the users. Sony Joy, CEO & Co-founder of Chillr, says, “Recently, we have also extended micro loans to their users digitally based on transactional data analysis.”

The fintech revolution facilitated RBL Bank to create a separate business entity for collaboration with fintech startups. It is currently working with 80 fintech companies to address the needs of micro services that the bank can offer.

“We charge startups based on various kinds of offerings or transactions. We have ways to make sure that both of us profit from each other,” says Sujatha Mohan, Head – Digital and New Initiatives, RBL Bank.“We work with different models when it comes to pricing,” she adds.

Some of us may think that only private banks are taking the lead in supporting young companies. Let us not underestimate our public sector banks just as yet because SBI is leading the way.

The bank has formed a blockchain forum called Bankchain with fintech startup Primechain for six pilots on payments, remittances, AML, Fraud, KYC and consortium lending. SBI provides API infrastructure for its applications, which allows fintech startups to develop solutions on the SBI platforms. SBI also has a Startup Engagement Program and a fund worth Rs 200 crore to invest in fintech startups or purchase products and services of the startup on a nomination basis (Fast Track Process).

“SBI will soon be launching its ‘Global Developer Works,’ a cloud-based Sandbox Platform to help fintech companies test their solutions and enable their deployment to the bank as an API to reduce engagement and testing time,” says Dhananjaya Tambe, Chief General Manager (IT-Transformation, Collaboration, and Marketing), State Bank of India.

The trend clearly is in API-led banking. What is API banking? Simply put the software of the older applications can now be bridged or connected with new-age applications offered by startups through customised and secure platforms.

API banking based infrastructure is the core of bridging the old tech with the new, which will usher new-age digital services, like a virtual bank, to the consumers.

No wonder, banks are luring fintech startups with this convenience of API-banking based infrastructure. YES Bank capitalised on this by building its API banking based architecture, which allowed startups to gain access to YES Bank’s systems in a secured manner and test their solutions.

So the future is in banks building this infrastructure.

With the help of its accelerator programme, YES BANK claims to provide fintech startups access to more than two million retail customers and more than 15,000 SMEs and corporate clients.

YES BANK claims to be the first bank in India to digitize the B2B supply chain with the launch of API banking services. The bank has also powered FreeCharge using its technology platform based on API banking architecture and provided Virtual Prepaid Cards to FreeCharge users.

YES Bank has also tied up with the Entrepreneurship Development Institute of India (EDII) to provide loans, worth Rs 50 lakh, to EDII supported startups.

“Banks have finally started treating fintech companies as partners instead of seeing them as a threat,” says Sony Joy, CEO at Chillr.

However, Rajat Gandhi, Founder of Peer-to-Peer lending platform, Faircent, believes that healthy competition is good for any industry and leads to growth, through acquisitions or partnerships. “Competition will increase lending and competition drives interest rates down, benefiting the end-consumer the most,” says Rajat.

According to a PWC 2016 Global Fintech Survey, up to 28 percent of banking and payments businesses are at risk by 2020.

Fintech startups are disrupting the financial services space across next-generation payment systems, P2P lending and robo-advisory. What they lack, however, is infrastructure to test their solutions and a distribution system that can deploy these solutions.

Legacy financial services firms have both in abundance. Therefore, collaboration is the order of the day.

However, YourStory predicts that there will be several acquisitions going forward. The entire system, thanks to these tie ups, would see increased efficiency and reduced costs for these banking companies while startups would get the reach they desire to take their solutions to a larger market.

Portents of the future

Axis Bank’s acquisition of mobile wallet company FreeCharge for Rs 385 crore in an all-cash deal has taken that relationship further, quite possibly opening the doors to more such deals in the future.

The FreeCharge acquisition gives Axis Bank access to FreeCharge’s reported customer base of 52 million mobile wallet holders, opening up opportunities for it to cross-sell its financial products on the platform.

Clearly, banks are open to acquiring fintech startups if they offer solutions that are a natural extension of the bank’s own services or if they offer a revenue model that works better with their infrastructure.

Going by the PWC report, almost 50 percent of financial services firms around the world plan to acquire fintech startups in the next three to five years and that is great news. It is time, banks consummate the marriage in the form of an acquisition.