A new world order is coming, driven by electric cars and AI 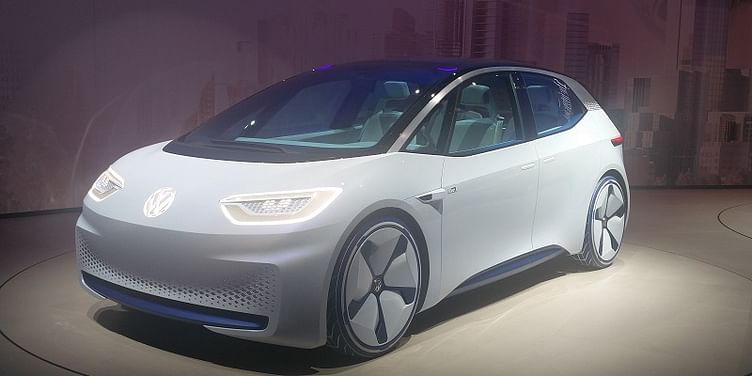 Carmakers, like Volkswagen and Audi, call their vehicles tablets on wheels, and with investments galore, the auto industry’s bet to go electric by 2030 may change the dynamics of society

Home to Porsche and Mercedes, Stuttgart city square is abuzz with excitement every evening as restored cars and motorbikes make a showing with their sleek designs and distinct engine hum.

It, thus, is ironical that not far by crow flight, a different world order, if one might call it that, is being made with a court backing a bid to ban diesel cars from the city with immediate effect.

Elsewhere, be it the USA, Japan or countries in Europe, governments are pushing carmakers to reduce carbon dioxide emissions. In fact, in Europe, manufacturers must bring down vehicle emissions to 95 grams per km per vehicle by 2020 from 120 grams at present. The Indian government, on its part, has gone a step further and announced its support to usher in an all-electric fleet on the roads by 2030.

On the other side of the globe, manufacturing giant China is bringing down battery prices with commitments from some of the largest global automobile companies.

The writing on the wall is clear – Change is here and no one can miss this bus.

Match the trends in Stuttgart and China, and one has the likes of Volkswagen announcing at the Frankfurt Motor Show this week an investment of $24 billion to set up an all-electric line-up of cars, including infrastructure, by 2030.

“We have to listen to the voice of reason,” says Mathias Mueller, Chairman of the Volkswagen Group. Diesel and petrol engines will continue to be important for a while, but regulation - to protect the environment - has led the company to bet on electric vehicles, he says. “This is not the future anymore, it is reality.”

A couple of years ago, the company found itself in the “dieselgate” scandal, where it was found guilty of tampering software to show lower emissions. The company had to pay a hefty fine of $6 billion in the USA. But, Volkswagen has learnt from the past, and has set its sights on becoming a leader in battery technology. Currently, the Volkswagen Group (comprising of Porsche, Lamborghini, Bugatti, Audi, Seat, Skoda) sells 10 million vehicles per year and is the largest car manufacturer in the world.

Setting its wheels in motion, Volkswagen has called for its partners in China, the US and Europe to procure battery technology, and has set up a Centre of Excellence to develop a roadmap for 2025 and 2030. The company aims to sell over one in four electric vehicles by 2025, before pushing for an all-electric fleet by 2030. Once the plan is in motion, total investments by VW and its vendor ecosystem are expected to be over $56 billion.

With the scale of its planned investment, VW has set a precedent for Ford, Honda, Toyota and Hyundai, and aims to dethrone first-mover Tesla.

The question here is how far-reaching will the effects be. “The dependence on oil will reduce for every nation, and the automobile industry will usher in changes in the way people will interact with cities and their jobs,” says Chetan Maini, founder of SunMobility, a start-up which will set up EV infrastructure across India.

He says the connected world is becoming a reality, and battery technology has found its niche. Solving the issues of distance travelled, price, and easily accessible charging infrastructure will ensure electric vehicles have a viable future.

What is the impact?

Automakers today are building technology that can take a car 750 km with a 30-minute charge. VW, for example, with a consortium of partners (Daimler, BMW and Ford) is betting on EV infrastructure every 150 km in America and Europe.

The move to electric vehicles will have a two-pronged impact for India.

To put in perspective, India imports around 900,000 tonne diesel and petrol from China, Singapore, and UAE. Additionally, it produces 100,000 tonne petrol and diesel. The country’s crude oil import bill was $64 billion in 2016 and analysts say this will go up to $72 billion in 2017. According to the Ministry of Petroleum and Natural Gas, 70 percent of the diesel, and 99.6 percent of the petrol imported by and produced in India is consumed by the transport sector.

Savings in terms of fuel import costs are not the only advantage India will have on a move to electric cars. Electric cars will run and function on digital technology, and that is where the real upside for India is.

Welcome to the digital world

In a matter of a decade, the oil economy will bow out to the digital economy, realigning the society with connected mobility and digital information. Already, the digital economy has brought about re-alignment of the work-force, and with transportation going electric, those used to oil tune ups, engine hums and screeching tyres will have to adapt to digital personal assistants, voice-based controls and instant torque.

What’s more, is that the digital economy will change the geopolitics of the world.

Regions that have a strong presence in building and integrating software, like India, Israel and Eastern Europe, will see more value. China may become the dominant battery manufacturer, while the rest of the world will become the consumer, realigning citizens to the new normal.

“Artificial intelligence in cars is going to be efficient in every scenario of a user’s life because it is constantly learning from data generated by the user’s behaviour,” says Rupert Stadler, Chairman of the board, at Audi AG.

The horse carriage was wiped out after several thousand years when petrol and diesel compressed time and distance. A century-and-a-half later, the world is on the brink of another revolution that aims to make the world greener.

The picture, however, is not all rosy. For a world driven by lobbying, oil producers OPEC and Russia will not let the oil economy die down without a fight. Also, many argue that unless vehicles use solar energy, they are not really green, opening up a Pandora’s box for discussion and regulation.

So, how will a move to electric vehicles realign people and the global economy? “Firstly, the smartphone will be the centre of everything. Data sharing between devices, including cars, will become a reality, and securing the information becomes paramount,” says Mahesh Lingareddy, Chairman of Smartron, an IoT company. He adds society will benefit from lack of dependence on global upheavals of the oil economy, and the digital economy will bring in higher productivity, thanks to information sharing.

In a data-driven world, the car is the operating system

The convergence of the digital economy with transportation is significant because automobile companies are launching their own operating systems. Volkswagen’s operating system, for example, will be used in brands like Audi, SEAT and Porsche.

“This operating system will be AI-based and will host services based on partnerships with several tech startups. We have to be like Apple, and we are a tablet on wheels,” says Christian Senger, head of e-mobility at Volkswagen AG.

With the sharing economy becoming a reality, and with cities becoming crowded, automakers will need to create solutions that make mobility easier. Audi just released the “AICON”, an AI-powered platform that can drive at low speeds in cities and has a seating structure such that the seats turn 360 degrees, where commuters can conduct meetings and also interact with their offices and executives on tablets. This car, a good decade away from production, is termed Level 5 autonomy, meaning it will take all decisions for the commuter. Audi is currently putting its time on a project called “ElAIne”, where the car can understand the driver’s mood and operates on complete voice commands.

At the Frankfurt Motor Show, BMW showcased the Mini Electric Concept and Jaguar showcased the I-Pace, whose technology is being built in the Bay Area. Both cars will be production ready by 2020.

Every automaker is scouting for a technology partner for integrated AI. Your Story had earlier covered “integrated AI” as a platform that can understand a consumer from home to work, but then again, this is indeed the best time for technology companies and startups in India and the rest of the world.

Smatron, Kruzr, LightMetrics and Raksha SafeDrive are some of the platforms that are betting big on cloud-based ecosystems. Intel, Cisco and IBM are already betting on the power of devices, cloud, networks and analytics. IT services companies like Wipro, Infosys and Tata Consultancy Services will here play a crucial role in integrating this new world of data and securing it. After all, it is a collaborative world.

Nearly 3,000 engineers from Bosch in Stuttgart and Bengaluru have one thing in common - they are putting their brains – figuratively – into a super brain. This “brain” – powered by artificial intelligence – can crunch 30 trillion data points per second, will process data three times faster than a human brain can and is designed to not make mistakes. While engineers may not go as far as putting microchips in our brains just yet, the AI-powered “brain” will start off with cars and help protect the environment, along with offering safety, and stress-free travel.

In the end, whether one buys this narrative or not, corporations and governments are platooning people in this direction. This is the chaos of our times, and realigning ourselves to the changes ushered in by the digital economy, is of paramount importance. In the end, hopefully, this disruption may save the planet, and the nation its oil bill.