Why success in Foodtech is about mastering logistics 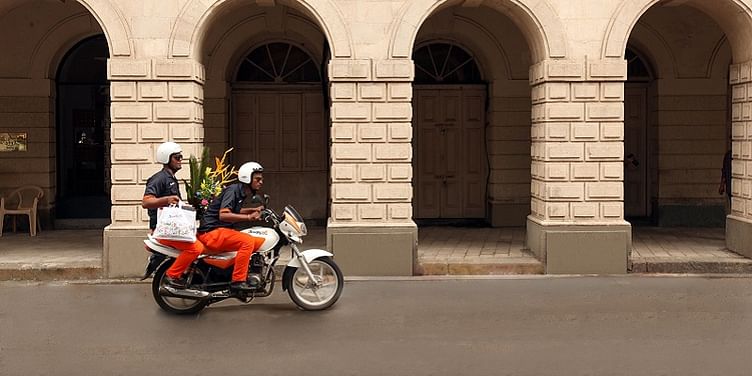 Foodtech in India has a love-hate relationship with investors. It’s gone from being a poster boy to an outcast and back to somewhere in between. If investment numbers are to be believed, then foodtech is definitely in favour once again. But take a look at where the money went. Of the $592 million invested in foodtech this year, $440 million was mopped up by two players, Swiggy and Zomato, in late-stage rounds. Their bread and butter isn’t food per se, it’s delivering food to hungry customers willing to pay for the service.

Surviving and thriving in food delivery, then, is the result of finely orchestrated moves that depends on restaurants’ response time, the availability of a delivery executive in the right place at the right time, and the traffic gods’ whims and fancies.

On a lazy Sunday afternoon, when the streets aren’t crowded (a rare treat for a city like Bengaluru) and most people are enjoying a lazy day before a hectic week, I set off to better understand how the food delivery process works.

For 25-year-old delivery executive Ramesh, it’s just another day and a busy one at that. Riding pillion with Ramesh, it is interesting to see how things pan out after we place a food delivery order online. Once the order buzzes in, the delivery executive accepts the order and then rides over to the restaurant, where their app would have already them of the incoming order. That’s how the delivery time varies from 30 to 45 minutes.

Ramesh makes an average of Rs 15,000 to Rs 18,000 in a month. On an average, Ramesh does about 15 food deliveries on a regular day from morning to evening. “On holidays, our mobiles keep buzzing. I can do as many as 18 deliveries on special occasions like cricket match days or festivals or the new year,” says Ramesh.

“I prefer Indiranagar or Koramangala, where it’s easier to do the volumes. When it comes to restaurant deliveries, I can choose my time slots. On Sundays I stick to the afternoons and evenings,” he adds.

Zomato had the first-mover advantage, having been founded in 2008, while Swiggy came much later in 2014. FoodPanda was founded internationally in 2012 and its India operations were acquired by Ola in 2017 for $200 million. UberEats too has also aggressively entered the space.

Zomato touched over a million deliveries late last year and is present in 28 cities. It plans to launch the online ordering and food delivery service to more cities very soon. Swiggy has over 40,000 restaurant partners spread across 17 cities.

A game of many flavours

There is always a demand for food and these apps cater to it. The online food delivery business seems deceptively simple but it is all an operations and logistics play. Kabeer Biswas is co-founder and CEO of Dunzo, a hyperlocal delivery service app, which also delivers food . He says,

“With anything hyperlocal, there needs to be a significant focus on time and the way the deliveries are done. There are different operational elements and nuances that need to be taken care of. What one believes would work on paper may necessarily not! While one always believes that one can optimise things to make the balance work, the question really is at what point or scale does one say this can’t be optimised anymore and we need to price this out?”

Back to Ramesh and his latest delivery. He heads to Mamagato, a pan-Asian restaurant in Indiranagar. Ramesh sticks to the smaller streets and bylanes. “It is easier that way. Especially during weekdays, when traffic can be erratic and difficult,” he explains.

At Mamagato, there’s a wait of 15 minutes. The order is hot soup and cold salad, so the packaging has to be done accordingly. Ramesh nimbly opens his large, boxy backpack and makes sure that both packets are stored properly inside it.

As the volume of orders increases, it leads to many other variables. The restaurant business involves high investments in space and equipment. Operating expenses are also high, with raw material contracts and staff.

For every time period that these aren’t utilized, they lose value and margins are hit. The only way to keep making money is to ensure that the number of orders keep growing this is where a food delivery platform brings in the goods.

“It is important that the food doesn’t spill over or else we will receive a black mark against our performance and our ratings may go down,” Ramesh explains while simultaneously marking the order as ‘picked up’ on his mobile. We set off again, and Ramesh keeps an eye on the map for his destination while deftly manoeuvring his bike.

“It can be a hassle. The maps aren’t always perfect, and we are always told to avoid making calls to the customer. But the order also needs to be processed on time. It sometimes becomes quite challenging,” he shrugs.

Today, apart from restaurant chains and bigger players, Swiggy also works with smaller restaurant owners who form a big part of the unorganized restaurant business. For many such restaurants, Swiggy is the primary route through which orders flow in.

“When it comes to food delivery, the key lies in the timing. The sweet spot for most people is 28 to 30 minutes. So, you need to work logistics accordingly. This means you need to management the placement of delivery executives and work around the timing,” says Kabeer.

What makes you survive in this business?

Restaurant owners claim that they started out by paying 6 to 7 percent of order value to the food delivery companies. That has since shot up to 10 percent, then to 15 and is now at 20 percent.

Deepinder Goyal, Co-founder and CEO, Zomato, once told YourStory that issues like changing rules, number of licenses required, high real-estate costs, and problems with training and retaining staff are issues that have traditionally plagued the food industry. These are issues that tech cannot really solve.

“The services delivered through hyperlocal business models have always had a large market, be it concierge, grocery or food. Hence, we saw an upsurge of funding in this segment in 2015. But soon, founders and investors figured that they couldn't scale up the businesses without cracking unit economics. This was hard because most Indian businesses were not optimizing for logistics, cost and experience.”

Today, the overall food tech market in India is believed to touch $2.5 billion by 2021, as against its current $700, predicts RedSeer. There is no doubt that the Indian market is big, but it is difficult to crack. Many folded up early on: Tinyowl to name just one. They used to be Swiggy’s biggest competitor.

This is primarily because food is a game of execution. While the technology is strong, in India it needs to be solid mix of both online and offline play, managed seamlessly.

“While people in India eat out two to three times in a week, in Thailand the number is at eight to nine times. But now the dynamics are changing. People tend to order in more often,” says an investor in one of the leading foodtech companies.

Getting the basics right

Sriharsha Majety, Co-founder and CEO, Swiggy, during the launch of Swiggy Access, a new vertical, said, “We do our basic service really well. We are boringly predictable. Our hope is there should be no touch points between a customer and us beyond them placing the order on the app and us handing over the food to them. It is a challenging business and we were able to get the basic service right through a mix of technology and operational excellence. One of the big contributors was having our own fleet. We had five riders when we started; we have crossed 20,000 riders now. We have India’s largest last-mile delivery fleet.”

Sriharsha has often reiterated that customers should be able to associate reliability of service with your brand. For that to happen each part of the process has to be mapped, challenges identified and solutions implemented. It might also mean making heavy investments in areas that might not show returns immediately. The Swiggy fleet is an example. By having its own fleet, Swiggy was able to “control” the experience and process.

UberEats in India is already using its fleet of uberMoto bike-taxis to make deliveries. Says Bhavik Rathod, India head of UberEats, “We already have a fleet. There aren't rides at all time, when there are no rides, food can be delivered.”

That makes deliveries quicker. "Hyperlocal works with the fleet being closer to the consumer and the restaurants, with an existing fleet Gojek and Uber make deliveries faster and simpler," says a Southeast Asian investor and mentor on the condition of anonymity.

However, this works well only in states where UberMoto has not run into regulatory hassles. While Karnataka has banned bike-taxis, regions like Hyderabad, Telangana, Chandigarh and Gurugram are where the UberMoto fleet doubles up as a delivery fleet.

The customer is still king

Listening to the customer is important. Swiggy’s Sriharsha says they saw a significant percentage of users ordering around 15 times a month on Swiggy. On average, a customer who has spent about six months on Swiggy orders at least five times a month. But Sriharsha was not content with these numbers.

Food delivery is clearly becoming the need of the hour and now with the consumer behaviour moving that direction, it will be interesting to see how the newer players work around the game of operations and logistics.

Ramesh, in the meanwhile, has managed to avoid traffic bottlenecks to reach his hungry customer at the other end of Indiranagar in 29 minutes. The house is clearly marked, which means he didn’t have to call and confirm. A young girl opens the door and is relieved to receive the meal. She smiles as she says thanks and shuts the door. Already, Ramesh’s phone has buzzed again for his next delivery run.