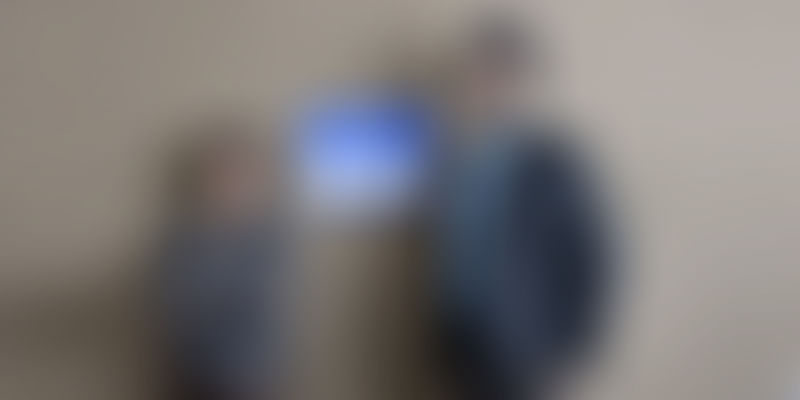 Gurugram-based payments company MobiKwik is looking to put its past behind by reinventing itself as a quasi-bank. An IPO and breaking even operationally are now on the founders’ to-do list.

MobiKwik hasn’t had it easy. Being one of the first to spot the potential in the digital payments space back in 2009, hasn’t guaranteed the Gurugram-based startup a winning spot in the race.

The competition has been ruthless, and the last two years have seen global behemoths like Google and Facebook wanting to win a chunk of India’s billion-dollar digital payments market.

In the last year, MobiKwik failed to secure big funding rounds like its competitor, SoftBank-backed Paytm. Moreover, the exit of its top brass created a lot of speculation in the market and served to pull down the brand image.

Meanwhile, regulatory hurdles around KYC made the October-to-December quarter the slowest in terms of growth of new customers.

The problems may be aplenty, but Upasana Taku, Co-founder of MobiKwik, has her chin up and is optimistic about the future.

During a conversation over coffee, she says,

“We are here to stay, and have our eyes on profitability. We are also working towards an IPO in the next three years.”

The IPO might be big news, but MobiKwik has another big plan: to break even operationally this year. The two may seem unheard of in the Indian payments circuit, but the startup is sure it can wing it.

An industry analyst, seeking anonymity, says, “IPO is a route to explore, especially if you are not getting funds. It’s still an uncharted territory (especially for a payments firm) in India, and may not be the first choice for many. But they (MobiKwik) don’t have an option. The competition has steadily increased, and they cannot afford such a gap in their coffers.”

It’s not as if Upasana is unaware of the financial shortfall.

“We will have to raise one last equity round before we move towards the IPO,” she says.

In August 2017, MobiKwik raised Rs 225 crore from NBFC Bajaj Finance Ltd for a 10.83 percent stake, allowing the latter to extend its credit facilities through MobiKwik. This was at the same time when the company was reportedly in talks with Indian banks and American investment firm BlackRock to raise capital that would propel it into the league of 'unicorns'. However, the deal never came through.

When asked about the prospects of raising funds, Upasana says,

“We have been in talks with multiple players to raise funds. We had the opportunity to raise at multiple instances, but the type of money also matters to us. At present, our focus is to bring in one or two big supporters (investors) who will stay with us and help with the IPO, while giving smaller investors an exit.”

But while the vision seems big, it all depends on how MobiKwik now plays to its strengths in the market. Manish Jain, Partner- Fintech at KPMG adds, “It depends on how the business scales up. Emerging banks have still not been able to scale up as expected, in spite of the licenses. But an IPO for a payments business depends strongly on their business model and their execution strategy. Today, payment businesses are building on the UPI rail, but it depends on how it orchestrates with different payment systems and financial products. There is still a large cash market out there. But the potential is undoubtedly big.”

MobiKwik is now working to revamp itself - like other payment majors - into a financial services company.

Lending was launched in February 2018, and the company also rolled out digital insurance on its app two months back, targeting close to 1.5 million policies by this fiscal end.

“We are trying to be a quasi-bank connected to billions of users, much like the concept of open banking in Europe. However, in India, we don’t see a perfect license for it, and we are sure that we don’t want to become a conventional bank.”

One reason that is giving MobiKwik the confidence to become a strong financial services player is its network of 107 million payment users. Even if it sells one or more financial products to each, things should get on track.

“Today, mostly financial products continue to be sold physically through bank officials or direct sales agents. This makes products expensive and unavailable to the masses, due to the high ticket sizes (to cover operating costs). The only way to bring ticket sizes down is to distribute these products digitally. And we have been good at building user experiences as well as bringing people online,” Upasana points out.

Exclusive products on the MobiKwik platform

MobiKwik has also figured out a way to work with partners to launch offerings exclusive to its platform.

For its lending product, MobiKwik has three plans – an instant 3-minute loan; a credit line, and a term loan with average ticket sizes of Rs 6,000, Rs 35,000, and Rs 60,000, respectively. After almost 10 months of launch, lending as a category; the payment platform claims to have a loan book of Rs 350 crore and over 250,000 unique borrowers.

For insurance, it has tied up with ICICI Lombard to offer personal accident cover, with premiums starting from Rs 25 for Rs 1 lakh of insurance cover and going up to Rs 100 for a Rs 5-lakh cover, exclusively on the MobiKwik platform.

“We want to create innovative products for our customers and not cookie-cutter options. We work with our partners to exclusively offer them on our platform to get an edge over our competitors,” Upasana explains.

MobiKwik plans to extend these insurance products across newer verticals like cybersecurity, an industry first. However, Upasana refuses to reveal more as these products are still being worked out internally.

Other new products include fire insurance cover for SMEs, and loan protect, an insurance policy that covers the liability of paying the loan in case of any eventuality. Upasana says loan protect as an offering is available in the market against mortgages, but MobiKwik customers can avail this product without any collateral.

The platform is also looking to provide working capital finance (Rs 2 lakh-Rs 5 lakh ticket size) to SMEs that use MobiKwik. Called “renewable financing”, this will allow EMIs to be deducted directly from daily settlements to these merchants. But the plan for the same has been worked out.

While product innovation is one aspect, the Gurugram-based startup is betting big on contextualisation, showing relevant products to individuals based on their payment and usage patterns on the app. This is similar to personalisation on ecommerce platforms.

“Indian users are educated and use various apps to avail different services. However, awareness of financial products continues to be low. So, we suggest financial products based on the user profile. For example, if someone is using MobiKwik to pay for gas, we will immediately also showcase accident cover. Or fire insurance cover to an SME. We are customising and contextualising products for better adoption with our customers.”

MobiKwik may have its focus right, but it has been a late mover in introducing features like Unified Payments Interface (UPI) and digital gold on its platform. Competitors like PhonePe and Paytm, meanwhile, have staggering numbers in these categories.

But Upasana has a response to that too.

“We were waiting for the new ‘interoperability guidelines’ for digital wallets. Discussions for this had started in 2017, where wallets could have direct access to the UPI network as opposed to accessing (and launching) through the bank. However, by January/February last year, we realised that we couldn’t wait anymore, and finally launched with our banking partners,” she says.

But she states that nothing has been lost as MobiKwik has picked up steam in terms of UPI traction.

“Our platform is seeing some real numbers with the average UPI transaction size between Rs 3,500 and Rs 4,000. In just the first week of December, we crossed the total transactions we did in November. So, the growth has been quite high.”

In October last year, MobiKwik picked up the last piece of the puzzle by acquiring wealth management platform Clearfunds. The acquisition saved MobiKwik the effort and time needed to procure the RIA licence and individually connect to mutual fund houses, resulting in faster rollout to market.

However, the Supreme Court judgment on Aadhaar has affected the launch of the product.

“We were hoping to launch wealth management on the app by Diwali, but it’s just bad luck,” Upasana shrugs.

After the Supreme Court judgment, the UIDAI cut APIs to the industry, affecting Indian fintechs as it made the on-boarding process cumbersome and led to high drop rates. This, in turn, has hit growth rates of fintech firms.

MobiKwik also saw a dip in the number of new customers for lending and insurance in the months of October, November, and December last year. However, Upasana is optimistic that the landscape will stabilise by end of this month.

According to recently filed financials, MobiKwik reported a consolidated loss of Rs 202.98 crore, whereas its total consolidated revenue stood at Rs 85.65 crore for FY 2018.

Even as the consolidated revenue almost doubled from FY 2017 (when it stood at Rs 44.35 crore), the consolidated loss also soared by 52 percent since then. The total loss for MobiKwik in 2017 was Rs 132.89 crore.

MobiKwik sees FY 2019 as the year of reckoning, as it looks to break operationally even and become profitable this year. With four strong verticals, the company says eventually the largest contribution on their P&L will come from lending, followed by payments, insurance, and wealth management.

“The company has a 2019 target to be profitable, looking at the 200 million users, of which at least 10 percent transact regularly. We will be a full-stack fintech platform with no other distractions like m-commerce and very low cash burn. We turned contribution margin positive in October 2018 and have been continuing to increase our margins, over the last quarter. The key driver for the growth is our lending business, as we look to disburse Rs 700 crore in loans by the end of the current fiscal.”

But leading in lending won’t be easy as the company faces tough competition from players like Amazon-backed Capital Float and SME lender Lendingkart.

When asked about the payment business, Upasana says,

“We are profitable when it comes to online and bill payments. We are also breaking even for our payment gateway business. The payment business, however, isn’t profitable for certain types of offline transactions, including smaller stores where the return of investment is less.”

Reverting to the leadership team, Upasana says churn is a part of every organisation’s story.

“We have now divided the business into verticals, with each having its own vice president and heads. Bipin and I oversee all these verticals personally,” she explains.

Upasana believes the growth wheel is unlikely to stop. “The business will keep growing as long as we continue to be a relevant player in the space. And we will be!”