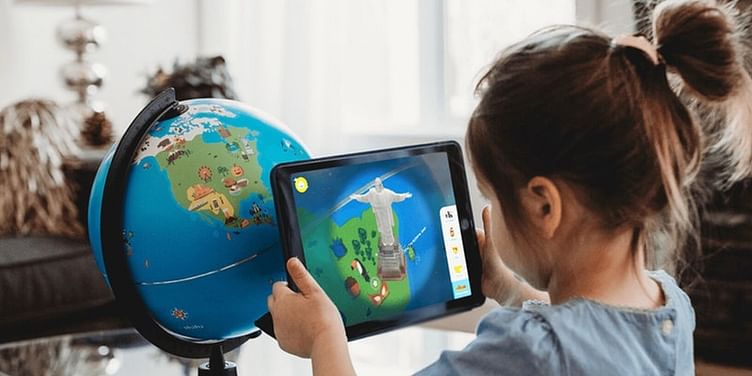 From an AI-based companion robot to online tutoring portals and an interactive globe, Indian edtech startups are pulling out all the stops to impress the tech-savvy students of today.

Gone are the days of fixed computer time. With gadgets seeping into our day-to-day lives, children are spending more time on their phones, tablets and computers. As a result, tech-enabled educational toys and platforms are in high demand now, which can educate and entertain.

And catering to this need are edtech startups that are using new-age technologies to educate, entertain, and engage the modern student.

According to IBEF data, the Indian education sector was estimated at $91.7 billion in 2018 and is expected to reach $101.1 billion this year. In fact, India is now the second-largest market for e-learning after the US. A report by KPMG and Google said that the Indian edtech market is pegged to touch $1.96 billion by 2021.

YourStory lists six edtech startups that caught investors’ attention in the last two years for their unique products and understanding of the market.

With a kid-friendly version of Tony Stark’s Jarvis, Emotix looks to leverage AI to improve EQ

Miko is capable of engaging, educating, and entertaining children above five years of age. The robot helps in early education and development of children by engaging in “playful learning”. It can initiate and hold conversations, impart knowledge based on academic curriculum, and talk about general facts about the world.

Launched in 2018 by Mohit Bansal, a serial entrepreneur who holds rich experience in education and gaming industry, iChamp is a digital platform that uses intuitive quiz-based learning to enhance math and English skills among children in the 5-13 years age group.

Mohit felt that the biggest challenge for kids from Class I to VIII was not understanding of concepts but a lack of practice. The platform combines parameters likes gamification, competition, rewards/recognition, and fun.

The core of iChamp practice engine is a series of short duration quizzes/challenges that a child can take – either individually or against a group of students selected from across the country. These are specifically designed to keep the child engaged and increase the time spent practising various topics.

iChamp is a free app catering to both CBSE and ICSE curriculums. The company received an undisclosed amount of funding this March, led by Singapore-based Ariana Investment Management’s CEO Raju Shukla. Investors like Anuj Gupta and Mohit Agarwal, co-founders of poker gaming website adda52.com also participated in the round.

In last week of July, PlayShifu closed its Series A funding of $7 million. The round was led by Chiratae (formerly IDG Ventures India), Inventus Capital and Bharat Innovation Fund (BIF) with participation from existing investor IDFC-Parampara Fund.

PlayShifu's first flagship product, Shifu Orboot, is an AR-based globe that promises an adventure around the world. It has a user base of over 250,000 kids worldwide. The newest addition in the PlayShifu family is Shifu Plugo, which combines the charm of classic physical consoles with new-age digital interactions.

Helping kids conquer STEM skills with super-fun characters, captivating storylines, and enriching tactile play. The company believes that Plugo will soon replace tons of toys. The US and Bengaluru-based startup has raised $8.5 million to date.

Edtech unicorn BYJU’S recently launched its Disney-BYJU’S Early Learn app. At present, it is available in India on Google Play Store and will soon be available on the Apple App Store.

Created for children of 6-8 years of age (Classes I-III), it offers personalised learning programmes while entertaining them with Disney’s stories and characters from Disney Princess, Frozen, Cars, Toy Story franchises, among others.

The app has numerous animated videos, games, stories, and interactive quizzes. It also has digital worksheets and parental reporting system to ensure real-time feedback. Kids can choose their journey and practice what they have learnt through games.

Disney-BYJU’S Early Learn app claims to offer a first-of-its-kind integration of offline to online learning experience through BYJU’S recently acquired Osmo platform. The edtech unicorn announced last month that it tripled its revenue to Rs 1,430 crore in FY 18-19, and turned profitable on a full-year basis.

New-Delhi based Smartivity Labs was founded in February 2015 by Tushar A Amin, Apoorv Gupta, Rajat Jain, and Ashwini Kumar. It is dedicated to designing, developing and selling STEM educational toys, blended learning (technology-enabled physical toys), and tangible play activities for children in the age group of three to 14 years.

3 IITians and a toy enthusiast prep next generation of innovators and tinkerers with STEM-based...

The company offers AR-enabled colouring and jigsaw puzzles that implement Smartivity Labs’ patented ‘Augmented Reality Colour and Texture Recognition’ technology. This allows kids to scan a completed colouring sheet using the Smartivity EDGE app, which shows an interactive AR avatar of the character on the screen. The 3D character is shown in the same colours that the kids have used.

The company has raised a total of $3 million through three rounds of funding with Delhi-based publishing company S Chand Group holding a 23.29 percent share in it on a fully diluted basis.

In the late 80s, Zaheer Gabajiwala was running a toy workshop in a small, abandoned lift shaft. He did not have enough money to rent a regular working space in the building.

Overcoming several struggles, he transformed this workshop into a Rs 15 crore business employing 100 people, known as Zephyr Toymakers. At present, it is one of India’s largest indigenous toy manufacturers, with toy brands like Mechanix and Blix.

Zaheer's son Moiz Gabajiwala became the CEO of the company in 2014. In 2016, he started leading the operations of the company, right from planning and execution to risk analysis and forecasting.

Today, the company mainly offers products such as construction sets with a focus on STEM. Its products include construction toys, educational toys, physical activity and dexterity toys, and hobby sets. However, Zephyr is completely owned by the family and is yet to raise external funding.

Zephyr uses modern tech to keep its range of educational toys relevant. It makes use of robotics training sets that impact STEM skills in a child in such a way that even a 10-year-old can absorb this technical knowledge.